The Ali Dia transfer story has aged like a fine wine. Here, we remember how Graeme Souness and Southampton fell for one of the biggest cons in football history 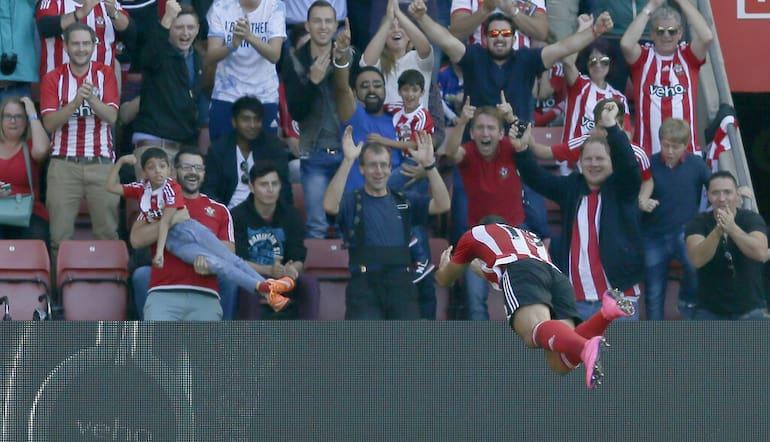 A lot of weird transfers have happened over the last few decades. Julian Faubert signing for Real Madrid still seems like a fever dream.

Edgar Davids in a Barnet shirt still generates double takes. Julio Cesar, a couple of years removed from winning the Champions League, somehow ended up in a relegation fight with QPR.

None, though, come close to Southampton signing Ali Dia in 1996. Dia’s short-lived stint on the south coast sounds more like a concocted story the further it fades into history.

The reality is so absurd, and demonstrates how much has changed in the world of EPL predictions over the last 25-plus years.

Graeme Souness, then Southampton manager rather than a perennially angry Sky Sports pundit, was suckered into believing Dia was a cousin of Ballon d’Or winner George Weah.

Dia had made a lone substitute appearance for Blyth Spartans, yet curiously signed for Saints just a few days later. A phone call from someone pretending to be Weah convinced Souness to give Dia a chance.

This ploy was tried on Harry Redknapp, who didn’t prove to be as gullible. Tony Pulis described Dia as ‘rubbish’ after his short trial at Gillingham.

That call led to Souness handing Dia a one-month contract on the south coast, though it’s never been confirmed who was actually on the other end of phone.

In this most bizarre of transfers, speculation has been plentiful, with some claiming it was Dia himself. Pulis quickly realised Dia wasn’t up to standard, but Southampton had an altogether more embarrassing situation on their hands.

Having been due to play in a reserve match which was cancelled, Souness chucked Dia into the first team. When Matt Le Tissier was injured in the first half against Leeds, Dia was handed the most extraordinary of debuts.

25 years ago today, Ali Dia 'bluffed' his way onto a Premier League pitch for 53 minutes. Then he disappeared.

Remarkably, Dia lasted over 50 minutes on the pitch before being taken off by Souness, as it quickly became clear the former Liverpool midfielder had made an almighty, humiliating error.

Le Tissier famously referred to Dia’s cameo as like ‘bambi on ice’, and others were far less complimentary.

Souness has since tried to explain Southampton’s challenging circumstances at the time which led to Dia getting on the pitch, but his comments from when Dia was signed paint a rather different picture.

"He’s played with George Weah at Paris Saint-Germain, and last year he was playing in the second division in Germany.

"We’ve said, come down and train with us for a week or so and see what’s what … when someone like that gives you a recommendation you tend to sit up and take notice."

Southampton might not have thought Dia would be one of the best Premier League strikers, but they surely wouldn’t have put him on the pitch if they knew he was a chancing semi-professional.

Once Dia had been sent packing by Southampton, he returned to the northeast with Gateshead.

In an interview with the Gateshead Post, he even claimed to have scored in World Cup qualifying. Of course, this was also untrue, as Senegal had already been knocked out of World Cup qualification.

Dia pocketed several thousand in sign-on fees thanks to his fake relationship with Weah and hoax calls.

Such a scenario is unimaginable with the levels of scouting in elite football now, yet the protagonists (Souness, Pulis, Le Tissier) are a reminder that the Dia fiasco is recent history.

Premier League Tips
Southampton
About the Author
By
Sam Cox