Best selling games of all time - What are the 10 highest-selling sports video games of all-time? 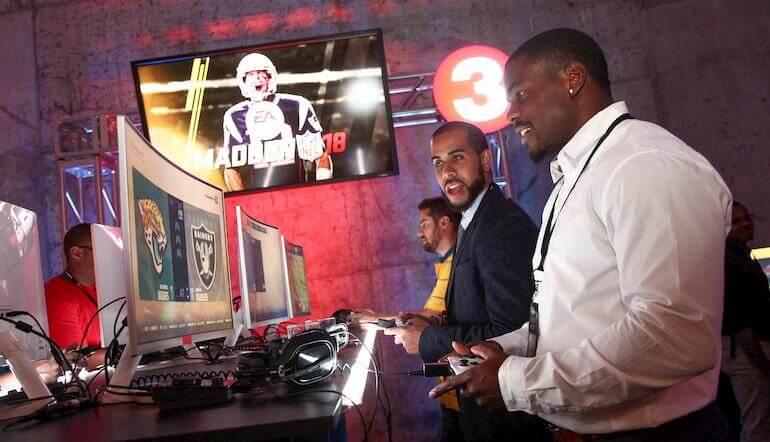 Sports video games are some of the most popular in the world. Fans throw money at the new games every year even if changes are minimal, and they have become a platform for eSports.

With FIFA 21 released this week, passionate football video games lovers will be raring to play as their favourite team. It’s no surprise to see football at the top of our list of the best selling games of all-time.

The biggest sport on the planet is just as popular in the gaming world, and is the only sport with two franchises passing the 50 million mark.

A wide range of sports are covered in this list – which is your favourite of these 10 franchises?

The most in-depth of any franchise on this list, Football Manager is notoriously addictive and can occupy hundreds of hours of your life. There’s an enormous community of Football Manager devotees, discussing tactics, wonderkids and heroic saves.

Plenty of real-life footballers have become stars off the back of Football Manager - Cherno Samba probably the best example of all.

It might not be the first that comes to mind with football video games, but as sales show, Football Manager is one of the most popular of all.

Compared to several others on this list too, FM provides many more changes year-on-year with each game different to the last whether it’s new player roles or an overhaul to team dynamics.

The first and only golf entry on this list, the PGA Tour series first appeared in 1990 and first featured Tiger Woods in the name in 1999.

It came out every year up until 2013, and has only released one since with Rory McIlroy PGA Tour coming out in 2015.

At the heights of its interest, Woods was earning somewhere between $6 and $7 million per year from the PGA Tour series with EA Sports.

After McIlroy’s version struggled and was pulled from digital storefronts, EA have opted to move away from golf games. Tiger Woods PGA Tour has faded into the past, but it still sits ninth on this list.

This one was an absolute classic. Tony Hawk’s video games allow people to pull off moves on a skateboard that would usually end in a trip to A&E.

Pro Skater was the first of the series, released in 1999, and there have been 16 more games since then, with Skate Jam the most recent in 2018.

The game was at its peak in the early noughties, and was a must-have for any PlayStation 2 owner. It has since waned, and become a niche sports game since Activision’s license expired in 2015.

Since returning it has been released every year, but has struggled to keep pace with 2K despite featuring stars like Joel Embiid, James Harden and Russell Westbrook on the cover.

While EA comes out on top in soccer and American football, it hasn’t been able to dominate the basketball market in the same way. Will NBA Live make up ground in the 2020s?

WWE, developed by 2K, has been released every year since the turn of the century. The naming of the series has evolved, starting as WWF Smackdown! and becoming WWE 2K through the majority of the 2010s.

The original WWF Smackdown! was one of the most popular games on PlayStation, but the series has gone through ups and downs since then.

It still has a cult following, but reviews of 2K20 were abysmal.

Debuting in 1997, Gran Turismo is the highest selling franchise under the PlayStation brand.

GT is the leader of racing video games and remains the most recognisable brand in the industry. Its Xbox rival, Forza Motorsport, has yet to get anywhere near when it comes to sales.

Whether you want an Ultimate Team-style mode or to develop your own player to become the next NBA superstar, NBA 2K is the place to go. It has dominated basketball gaming, massively out-selling its EA Sports rival.

Criticisms of the game’s microtransactions in recent years have left some gamers disgruntled, but it remains the number one option for NBA fans.

Anthony Davis, who’s Los Angeles Lakers are one of 888sport’s favourites for the NBA title, was the cover athlete for NBA 2K20.

Konami have been fighting a losing battle against EA. Despite a much smaller budget, they remain a serious competitor for FIFA, however, particularly when it comes to gameplay.

Pro Evolution Soccer vs FIFA is an age-old debate. PES is yet to make a breakthrough, and continues to be a topic of mockery for its lack of licenses, but the numbers don’t lie.

PES has sold over 107 million copies, showing just how popular it is around the world.

There’s no rival for Madden NFL in the American football video game market, though the best NFL video games debate continues to rage on.

Named after Hall of Fame coach and commentator John Madden, the series is going from strength to strength and has played a significant role in attracting people to the sport.

Annual versions have been released since 1990, and it became ‘Madden NFL’ in 1993 after EA struck a deal to use teams’ and players’ in the game.

Miles clear of the pack, EA Sports’ FIFA series dominates the sports video game market. Its list of licenses grow every year, despite the high-profile loss of Juventus for FIFA 20. Though October's FIFA 21 release date dominates the market right now.

Only five video game franchises have sold more copies than FIFA: Grand Theft Auto, Call of Duty, Super Mario, Pokemon and Mario. EA Sports will be hoping that FIFA 21 is just as popular and keeps them at the top of the best selling sports video games.