Who has the easiest FPL fixture schedule to start the 2021/22 season? Our fantasy football expert Ben Dinnery looks at the best/worst fixture lists ahead of the opening weekend... 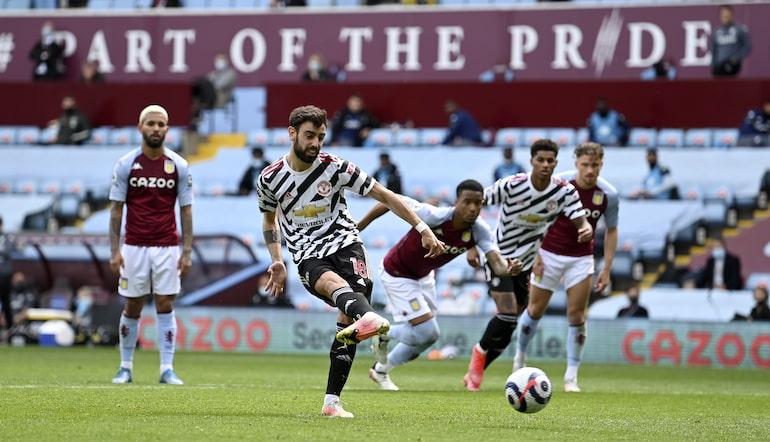 The new season gets underway on Friday 13th August, and some may consider this an unlucky start for newly promoted side Brentford. They entertain Arsenal in their first-ever Premier League match.

The opening fixtures provide a great mix of games, with some, on paper at least, appearing to have an easier beginning to 2021/22 than their top-flight counterparts.

For this latest article, I will examine the schedule to hopefully identify those sides with more favourable fixtures while advising caution against those with a difficult start.

I’ll be looking at the initial seven gameweeks as this will give us a good amount of data, and should you need to regroup, the second international break provides the ideal opportunity to evaluate your start.

In terms of the data: Watford, Wolves and Brighton are the teams ranked as having the easiest run during this opening phase. However, there are several reasons why I am reluctant to back these sides early on.

The Hornets return to the Premier League after a short stay in the Championship. Still, while their form in bouncing straight back was excellent, I prefer to see a team’s top-flight credentials solidified, and therefore it is too much of a risk.

While Wolves have been a staple for the past few seasons, they were lacking in 2020/21, a downturn in form which ultimately saw Nuno Espirito Santo walk away from the club.

Bruno Lage arrives at Molineux, but with little managerial experience and none in the Premier League. There are also question marks over the future of Ruben Neves, Adama Traore while the likes of Daniel Podence and Pedro Neto remain sidelined.

And finally, perennial underperformers Brighton look set to lose one of their main assets in Ben White. Recruitment has been slow on the south coast, and without reinforcements, the Seagulls could struggle once again.

So, these are the teams I’m going for where the data and fixtures seem to align nicely:

The only negative appears to be a trip to Old Trafford in GW7, with the schedule providing three tasty looking home ties. Excitement has been building on Merseyside after last season petered out.

The newly installed Rafa Benitez takes over from Carlo Ancelotti, and the Toffees will fancy their chances during these opening exchanges with all but two sides either finishing in the Bottom Half or having been promoted.

In addition: Southampton, Burnley and Villa were among those with the poorest xG (expected goals) conceded, which should have Dominic Calvert-Lewin licking his lips.

In Benitez, Everton have a defensively-minded coach, increasing the appeal of assets within their backline. Brighton, Burnley and Southampton all had problems while the Canaries leading creator – Emiliano Buendia – has moved onto pastures new.

The Red Devils start the season with a good run and will be hoping to improve on their second-place finish. Ole has strengthened well during the summer as they attempt to close the gap on rivals City.

On the face of it, United take on their strongest opponents at Old Trafford, and the return of supporters means home-field advantage will be a factor.

Leeds on the opening weekend looks the most difficult, but Solskjaer will hope for a repeat of the 6-2 victory from last December.

With the possibility of Paul Pogba playing in an advanced role and the addition of Jadon Sancho to the United attack, there could be an excellent opportunity to get some good numbers on the board.

In the final seven games of last season: West Ham, Newcastle and Aston Villa were all Bottom Four for xG conceded with Southampton and Wolves not far off in the bottom half of the table.

The worry could be at the opposite end, although the arrival of Raphaël Varane is a massive upgrade.

The attack-minded Luke Shaw could do well in these games, and Harry Maguire is worth some consideration, too, following the arrival of set-piece coach Eric Ramsay.

To note: Leeds were the team who conceded most from dead ball situations (15) last season, while Wolves were joint 3rd (13).

The Reds’ form towards the end of 2020/21 only strengthens their appeal during these early gameweeks. Jurgen Klopp’s men topped the form table over the final nine games.

The squad has also been boosted by the return of Virgil van Dijk, Joel Matip and Joe Gomez, with Ibrahima Konate providing some much-needed cover.

The squad should arrive relatively fresh and unscathed following a summer of rest, including Trent Alexander-Arnold, who was withdrawn from the England squad due to a thigh injury.

The other positive is that Liverpool face the current European Champions – Chelsea – and Premier League champions – Manchester City - at Anfield.

The roar of the Kop End cannot be understated, as the Reds were 21.43% worse off without their home support last term.

The Saints were on fire during Project Restart, form which they carried over to the beginning of 2020/21, and it is easy to forget that Southampton sat in the Top Six after ten games.

But injuries and prioritising an FA Cup run cost the team dearly, and their league form began to suffer. Therefore, the pressure is on to hit the ground running.

The loss of Ryan Bertrand could see Moussa Djenepo deployed at left-back while there are still uncertainties regarding the future of Danny Ings.

The goalkeeping situation remains unclear, with Ralph Hasenhuttl admitting that he could continue flip-flopping between Alex McCarthy and Fraser Forster. Adding to the worries, Southampton face last seasons’ Top Three in their opening seven fixtures.

Defensively, the Saints will want to improve from having the 7th worst xG conceded, and their (68) goals conceded was the highest in the Premier League.

However, on a brighter note, Southampton were unbeaten in their games against Chelsea and West Ham last season, the other “toughest” games of this treacherous opening. This is a worrying set of fixtures for a side in dire need of getting back into form.

Even without this difficult run, it is hard to justify Palace assets. The squad has had a massive summer overhaul, and it will take time for Patrick Vieira to implement a new philosophy.

New signings have been shrewd, but there is a lot of flux in the side, and players need to gel.

Throughout 2020/21, the team lost some of its defensive fortitude that it had gained under Roy Hodgson, and this was especially pronounced with the side only picking up one clean sheet at the backend of the campaign.

Questions have to be asked about goalkeeper Vicente Guaita who had previously been phenomenal, but his minus 12.5 xG prevented shows he cost his side in many games.

The Eagles face five of last seasons’ Top Seven in their opening matches, and you struggle to see where the points are coming from!

Don’t be fooled by the Villains opening matches; you could argue that they have the best three fixtures of any in the top-flight. But after the international break (GW4), we see a huge swing with an incredibly tough run.

Against teams who finished above them, these four matches include two of last seasons’ Top Three.

Of further concern will be their dreadful defensive form which saw Villa with the second-worst xG conceded in the last six matches of 2020/21.

Both defensive and attacking outputs could be blunted, and Villa may not get the great start to the campaign they want.

Many managers within the FPL Community will look to capitalise on those early fixtures, but I urge caution as it’s likely that you’ll want to jump off from gameweeks 4-7. A risky strategy if you have fires to put out elsewhere.