Join fantasy expert Ben Dinnery as he selects his best fantasy football players for 2021/22 - how many of these will make your squad this season?! 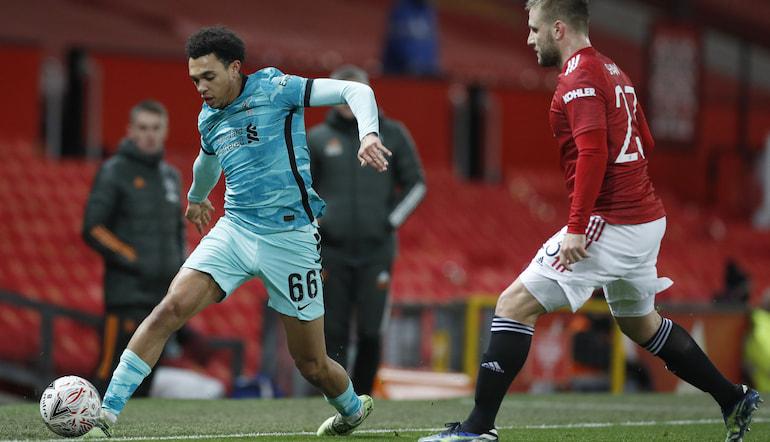 Now that the dust has finally settled on Euro 2020, it's back to the day job, and our focus quickly shifts towards the beginning of the new Premier League campaign.

With lots to discuss, where better to start our series of preseason articles than a look at some standout picks…

With United set to strengthen their backline this summer, the 24-year-old should attract some serious interest, despite the current uncertainty around his place in the starting XI.

I'm told that Solskjaer is still unsure who will be his No.1, and he will use the next few weeks to help make that decision. However, with David De Gea on the wane, Henderson should be the benefactor.

I would not be surprised to see the Spaniard depart during the extended transfer window, given that Tom Heaton is now on the books.

Henderson could be this seasons' Benjamin Mendy, a Top Four goalkeeper, with a very attractive £5.0m price tag.

The England international will be brimming with confidence following his heroics at Euro 2020, but it's the arrival of Rafa Benitez which makes the Everton stopper even more appealing.

The former Liverpool manager, and master tactician, prefers to build his team around a solid defensive core, and the Toffees will be hard to break down.

When you also factor, what appears to be, a very appealing set of opening fixtures, then Benitez and Everton look primed for a good start.

But let's switch our focus back to Pickford, who managed a more than commendable 32.3% clean sheet ratio, saving around 71% of the shots he faced: both of these place him comfortably in the Top Ten.

At £5.0m, that seems decent value for a goalkeeper who should pick up a fair number of clean sheets and save points coupled with proven penalty saving prowess.

Initially, the obvious draw here is the £4.5m outlay for a goalkeeper with great clean sheet potential, but once you dive a little deeper into his data, you will see that Brighton have an excellent shot-stopper on their books.

Ranked third overall across Europe's Big Five leagues last season, Sanchez managed shutouts in more than a third of his games (37%), while the Seagulls themselves were third-best overall for xG conceded.

Maybe 2021/22 is the season Brighton will finally begin to match their underlying stats!

Don't be put off by the hefty £7.5m price tag; Alexander-Arnold is still a major fantasy force to be reckoned with, despite his somewhat lower points haul last season. But let's not get bogged down by the negatives…

His return to form coincided with an upturn in the Reds' output. Although his ten-goal involvements (2 goals and eight assists) were down on his previous two explosive seasons, 19 and 14, respectively, it was still a fantastic year.

Trent had the most shots and the highest xGI (expected goal involvement) of any defender and the fifth-highest number of chances created by any Premier League player.

And what appeals most is that Alexander-Arnold got the majority of these during the remaining nine matches. Having rested a thigh injury over the summer, he should enter 2021/22 in peak condition.

The United defender is another player who will be looking to capitalise on his excellent Euro 2020 form and springboard himself onto the next level domestically.

Shaw seems like a steal and a must-own at his price point, and with Alex Telles (ankle) at risk of missing the opening weeks, the England left-back looks locked in.

He was one of the most creative Premier League players in 2020/21: ranked 7th for chances created (72) and 9th for expected assists.

Junior Firpo is Leeds' marquee summer signing so far, and the 24-year-old should play a significant role. However, I'm always reluctant to commit to players just arriving into the league as they usually take time to adjust to a new environment.

So, I'm switching my attention to Luke Ayling, who started every league game in 2020/21. If the Lilywhites can carry over their phenomenal end of season form, then the right-back is worth serious consideration.

Leeds won six of the last nine games, losing just once, which included a win at Manchester City and draws against United and Liverpool.

If you don't fancy splashing out over £12m for Mo Salah – worth every penny in my opinion (in case you're wondering) - then the Portuguese star, at £5m less, proved to be a viable option following his arrival from Wolverhampton Wanderers.

Injuries scuppered what would have been an excellent beginning to his Liverpool career, backed by his underlying data.

His numbers put him in the Top 2% of players for non-penalty xG per 90 and for goals per 90, while his 55% shot accuracy places him amongst the elite (Top 1%).

And with Roberto Firmino going deep in the Copa America tournament, Jurgen Klopp could turn to Jota when the campaign gets underway.

The star of last season. His performances made him the top-scoring player in the official game, earning him a nice price increase.

However, even at £12m, the United star is hard to ignore as he has an uncanny knack for collecting bonus points and is always a threat from set pieces.

No United player accumulated more Premier League minutes during 2020/21, and despite him dining at the top table with the likes of Kevin De Bruyne and Sadio Mane, his ability to stay fit makes him a more attractive prospect.

Some managers may find Grealish's £8m price tag a little rich, especially from those who have lingering fitness concerns over the Villa star, who only managed 24 league starts.

Also, factor new signing Emiliano Buendia (£6.5m) and what the official game has created is our first headache of the upcoming campaign.

Villa were strong in attack throughout last season, and with a little more luck, Ollie Watkins could've topped 20 goals and cemented a place in the England Euro squad.

If Dean Smith's men can maintain a level of consistency, then a push for Europe cannot be overlooked. That should see the likes of Grealish and Buendia amongst the points for attacking returns.

The Leeds United striker took the plaudits for a solid season in which he scored 17-goals (11-assists), winning over fantasy managers with his measly £5.5m price tag and massive 194-points haul.

Bamford was ranked 7th overall, minimum 15 matches, for xG per 90, and he ended the season as the second-highest scoring forward in the official game.

Having failed to break into the England squad, Bamford will be champing at the bit to get going again, and despite a tough start, Leeds could hit the ground running.

The 25-year-old transitioned from the Championship with relative ease finishing Villa's top scorer with 14-goals.

Watkins matched his xG throughout his first top-flight season, and he was ranked 8th of all players for his xGI (expected goal involvements) and had the third-most shots in the box.

Following the addition of Emiliano Buendia, and with Jack Grealish expected to remain at Villa Park, Watkins should thrive.

Only Alexandre Lacazette and Ilkay Gundogan had a better goal conversion ratio than Calvert-Lewin (19.3%) in the Top Ten last season.

The Everton frontman consistently took high-quality shots and finished 2020/21 with the second highest non-penalty xG per shot (15 matches or more). DCL should benefit further under the stewardship of Rafa Benitez.

The former Newcastle boss will be looking to his flying full-backs to supply the striker who will spearhead the Toffees attack, a similar tactic to the one he deployed successfully on Tyneside, which saw Salomón Rondón flourish.