What are the best boxing video games of all-time? Our sports betting expert ranks his favourite boxing games 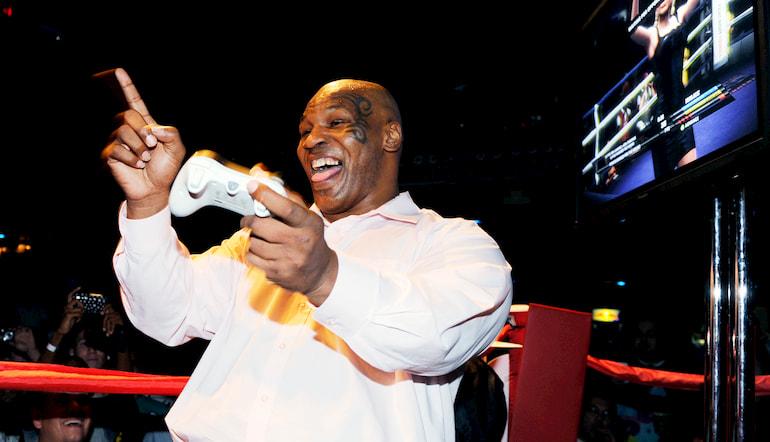 While boxing video games cannot compete with other sports in terms of numbers, the best boxing games are among the greatest for excitement and entertainment.

The edge-of-the-seat nature of boxing is what is most attractive when it comes to boxing betting and that is the same for the best boxing video games.

Leading promoter Eddie Hearn has hinted at the possibility of a new boxing video game in 2021 – 10 years on from the release of Fight Night Champion in 2011.

In anticipation of that release, we took a trip down memory lane to look at the best boxing video games of all-time. Scroll down now for our boxing game rankings!

The early 2000s were popular for boxing video games and Mike Tyson Boxing is a game that sticks out in the memory. Yes, the graphics are poor but the actual gameplay offered boxing fans a real opportunity to enhance their knowledge of the sport.

While Mike Tyson Boxing won’t rank on many best selling sports video games lists, it sneaks into our top boxing games rankings – and it does so on merit. What the game lacks in terms of graphics, it more than makes up for in drama and excitement.

Take control of Tyson as he bids to claim the world heavyweight title – from training in the gym to fighting on the big stage. Deliver that knockout blow and lift the belt high!

If you have a PlayStation VR, Creed: Rise to Glory is the game for you. Released in 2018, gamers receive an excellent simulation of the feeling to step into a boxing ring. In terms of a realistic experience, you won’t find better than Creed: Rise to Glory.

Hit the boxing gym for training and prepare for battle – you will need to master your preparation to defeat Ivan Drago and co. The active nature of the game will also keep you fit; making Creed: Rise to Glory a must own game!

Nintendo 64 fans will have fond memories of this game. One of the best boxing video games ever produced, Knockout Kings 2000 was a major hit and it deserves a place on any boxing games ranking list.

From boxing legends to modern day superstars, Knockout Kings 2000 offers players a vast number of fighters to play as. You’d struggle to get decent sports betting odds on players passing up the chance to play as Muhammad Ali…

Knockout Kings 2000 was faster than the original, offering players an enhanced gameplay experience. Furthermore, ring movement was improved, ring entrances were introduced and boxer bios were created. Knockout Kings 2000 had everything you’d want in a boxing video game.

Released just one year after the first edition, Ready 2 Rumble Boxing: Round 2 received mixed reviews – it was a huge hit with PlayStation 2 users but failed to shine on GameBoy Advance.

Featuring the voice of legendary boxing announcer Michael Buffer, Ready 2 Rumble Boxing: Round 2 focused on setting up a ‘RUMBLE’ finishing move. In a way, it was similar to FIFA Street’s Gamebreaker feature but with a fighter knocking the other to the canvas.

With the opportunity to play as ‘secret characters’, including Shaquille O’Neal and pop star Michael Jackson, Ready 2 Rumble Boxing: Round 2 offered a fun experience for players – and the different nature is what puts it second on this list.

Play as your favourite fighter, with the likes of Muhammad Ali, George Foreman, Manny Pacquiao and Sugar Ray Leonard all available for players. Whether you want to be the heavyweight king or prefer to fly around the ring, Fight Night Champion has it all.