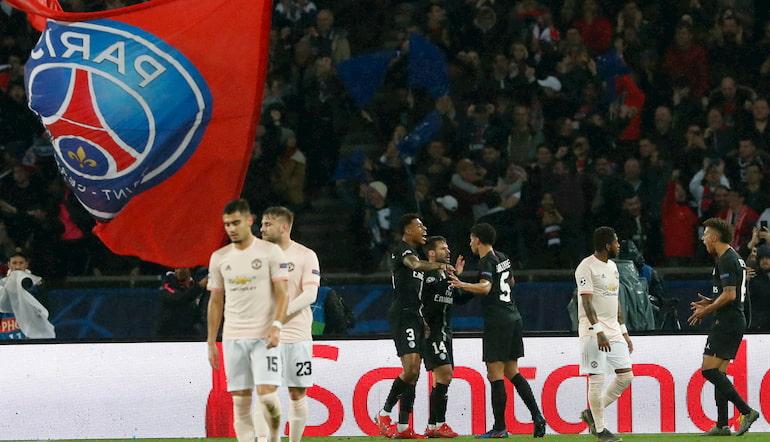 With just one defeat in their last seven Ligue 1 matches, Marseille have been a pillar of consistency in the early stages of the campaign.

However, much to the delight of football betting underdogs, the French side slumped to a disappointing Champions League defeat against Olympiacos last week.

It wasn’t completely straightforward for City on Matchday One but Pep Guardiola’s side came from behind to claim three points against FC Porto.

City are having no trouble scoring goals but the Blues can be found wanting defensively. An away win and both teams to score is one of our top UCL tips.

Krasnodar snatched a point at Rennes on Tuesday evening and the Russian Premier League side will look to follow up with another surprise result on Wednesday.

While hardly the most consistent Champions League team, Krasnodar will attempt to frustrate Chelsea from start to finish and that could make for ugly viewing.

Meanwhile, Chelsea were held to a goalless draw at home to Sevilla but Frank Lampard may look back on that as a positive result in the coming months.

A trip to Russia is never easy and a low-scoring affair is expected. One of our top Champions League best football betting tips for today, under 2.5 goals is the way to go.

One of the top European football expert picks, Manchester United are getting back to their brilliant best and another victory could be on the cards. Watch this space, United are one of the top UCL Matchday 2 tips.

The Red Devils were superb against Paris Saint-Germain on Matchday One and a similar performance here should be enough to maintain their 100% winning record.

Leipzig gave an assured performance in their 2-0 victory over Istanbul Basaksehir, with the Bundesliga side controlling proceedings from kick-off to the final whistle.

Both teams to score could be the best UCL betting prediction of the week. If everything goes to plan, an absolute thriller awaits at Old Trafford.

Alex McMahon: Bayern Munich were a cut above their European rivals last season but the chasing pack may catch up with the Bundesliga giants in 2020/21.

Liverpool finished 18 points clear of MANCHESTER CITY (4/1) in the Premier League but the Blues are my pick to go and claim their first Champions League success.

Pep Guardiola’s recent record in the competition has come under scrutiny but the City boss is entering the final year of his contract at the Etihad Stadium and could go out on a high.

Champions League odds have City as joint-favourites alongside Bayern and, with some luck on the injury front and a couple of signings, Pep’s men look primed for European glory.

Yes, City were comprehensively beaten by Lyon in last season’s competition but the Premier League giants will learn a lot from that defeat.

With players coming back from injury and a hunger to succeed at the highest level of European football, City will take some stopping and Pep’s side will be popular in 888 football predictions.

Sam Cox: It feels boring to say BAYERN MUNICH (4/1) will defend their Champions League crown, but it’s very hard to look past the Bundesliga champions.

Loaded with pre-peak talent and with Robert Lewandowski showing no signs of decline, the Bavarian superclub are going to take some stopping this term.

Bayern are the 4/1 joint-favourites at the time of writing, and they’re well deserving of that status. The price might seem short in a knockout tournament, but they’re better value than Manchester City at the same price and PSG at 6/1.

Away from the favourites, Atletico Madrid look a decent option at 30/1. The 2019/20 season was difficult for them, and they struggled to score goals, but they knocked Liverpool out of the Champions League and remain a tough team to beat.

That price seems generous given Chelsea are 17/1 and Barcelona are 15/1.

The Champions League is the biggest club competition in sport and plenty of punters will be looking for free football betting tips on Europe's showpiece tournament. With our 888 prediction expert picks service, you're in the right place.

With the likes of Real Madrid, Liverpool and Barcelona thriving in this competition in recent years, football fans will be keeping a close eye on these teams in Champions League expert picks in the coming months.

Let's get down to business - it is time to check out our top 888 tips and Champions League betting picks. With a bit of luck, our daily football betting tips could give you an edge.