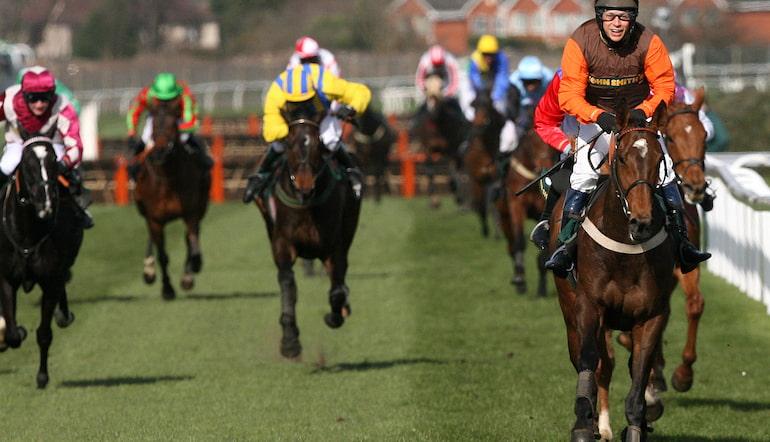 Plenty of horse racing betting punters will be looking for Cheltenham Day 3 tips come Thursday at the Festival, especially if the bookmakers have had a successful couple of days.

The third day of the Cheltenham Festival sees racing move to the New Course, which tends to bring stamina into play and that contributes to some fantastic racing.

The Stayers Hurdle is the highlight of Thursday’s racing at the meeting and punters will be looking for Cheltenham Day 3 tips on the feature race of the day.

Join us here at 888sport for full coverage of the Festival and free horse racing tips for Cheltenham Day 3 will be available via our team of experts. Good luck!

Galopin Des Champs is one of the best novice chasers currently in training and he appears to have one hell of an engine on him.

His two races thus far over fences have been won by a combined distance of 31 lengths, proving that he is a serious racehorse.

He’s been dropped back in distance here, when most pundits thought he’d be tackling the three miles of the Brown Advisory.

Last year he took the Martin Pipe with consummate ease and this year he’s the prime candidate to take the Turners Novices' Chase.

Willie Mullins’ six-year-old has the most to fear from the Henry De Bromhead-trained Bob Olinger, a winner at last year’s festival too. He was really impressive in the Ballymore and was always going to convert into a good chaser.

This season he was won his two chases with the minimum of fuss, but he visually does not appear to have the same high cruising speed as Galopin Des Champs.

Yet another competitive renewal of the Pertemps Final and the spoils this year can go to veteran performer Ballyandy for the Nigel Twiston-Davies stable.

The eleven-year-old is currently enjoying a renaissance in form and whilst he is still in the groove, it’s well worth chancing an each-way bet on him.

His last two victories have been highly convincing and I was impressed with him at Aintree and Wetherby before that. He’s always had a touch of class about him.

Of the others, Go Another One knows his way around Cheltenham and looks rather big at 33/1, while Born Patriot threw us all off the scent last time at Sandown, but is sure to be firing on all cylinders for this Final.

Regarded by many as the banker of the week, the Allaho juggernaut will be nigh on impossible to stop on Thursday afternoon at odds of around 4/7 in our online betting market.

Last year’s victor is understandably favourite for the race again, mainly down to winning the John Durkan in December and the Horse & Jockey in January. If he’s on his A-game again none of the others should get a look in.

So who looks good for a place or causing a potential upset then? Well Wetherby watchers will be pinning their hopes on Shan Blue for the Dan Skelton stable.

The eight-year-old was home for all money in the Charlie Hall Chase before a suspected nose bleed contributed to his fall they say and the rest is history.

If he’s wound up like a coiled spring and his jumping holds up here over this 2m 4½f, he may just get the others floundering under some sustained pressure.

Another of the home squad members with some semblance of a chance is Colin Tizzard’s Eldorado Allen who rocked up in the Denman Chase at Newbury.

Popular stayer Paisley Park is in rude health and can raise the roof again at the Cheltenham Festival.

A standing dish in the long-distance division since the 2018-19 season,  Paisley Park was unbeaten in five runs that season and capped it all off with a victory in this very race - the Stayers' Hurdle.

After a short spell in the doldrums after a little bit of a heart scare, Paisley Park pulled an amazing rabbit out of the hat in the Cleeve Hurdle when after a torrid start, he beat Nicky Henderson's Champ by three and a quarter lengths.

He clearly thrives at Prestbury Park and is our 888Sport NAP of the day at odds of 6/1 in our horse racing betting.

At the time of writing Flooring Porter is the current race favourite. Last seen in December he finished two lengths adrift of Klassical Dream in the Christmas Hurdle at Leopardstown.

Having been kept fresh by trainer Gavin Cromwell, Flooring Porter may well kick into turbo and win this race again.

Wetherby regular Schiehallion Munro is making a rare trip south and really deserves a crack at a race like this.

Trained by Mickey Hammond, I’ve always liked the gutsy nature of this nine-year-old gelding and his clever handling of the Wetherby fences should put him in a good position to tackle the ones at Cheltenham.

A 10-length winner at Cheltenham on Trials Day in January, Imperial Alcazar is well to the fore in the betting and the Fergal O’Brien-trained eight-year-old should play his part once more in proceedings.

He’s very much in form and will be a banker for many in this leg of the Placepot, which lends him to being a good each-way bet too.

Spiritofthegames has run several cracking races at Cheltenham over the years and looks a rather tempting bet at odds of 20/1 under Dan Skelton.

The Nicky Henderson-trained Tweed Skirt wants decent ground and the weather gods have certainly granted her wish in that respect.

She has some solid form to her name and the yard and her connections are keen to give this Dawn Run Mares' Novices' Hurdle a good go.

Henderson’s other runner Ahorsewithnoname has won three races on the flat and has been campaigned since day one in ‘Listed’ races. She can be a live contender here before she goes off to stud.

It’s a full field of 24 going to post in the Fulke Walwyn Kim Muir Chase and the final race on the card can go the way of the Tom George-trained Come On Teddy.

Third in last season’s Pertemps Final at The Festival, “Teddy” has turned into a fairly useful little chaser and his last run showed that he is currently coming up to the boil this term.

The booking of William Biddick is the dealmaker for me as he has plenty of experience here and does well in these amateur events.

Other significant jockeys to look out for and their mounts are Derek O’Connor (School Boy Hours), Lucy Turner (Chambard) and Jamie Codd (Smoking Gun).