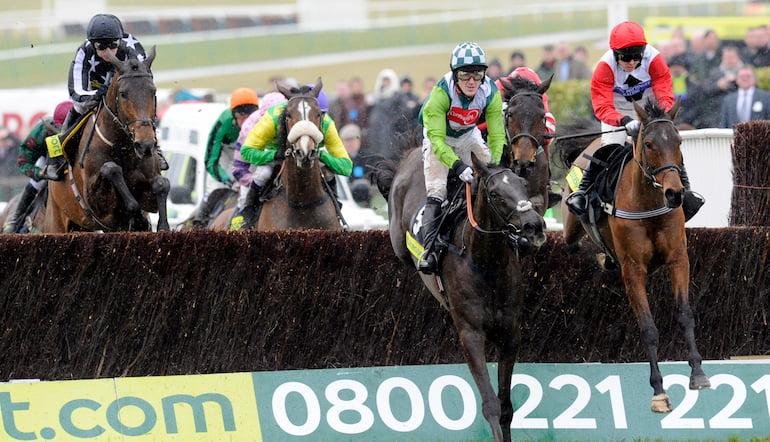 The race that every jumps fan wants to win, the Cheltenham Gold Cup is the pinnacle of National Hunt racing in the United Kingdom & Ireland.

Arguably the toughest race around for horse racing betting fans, the Gold Cup is the biggest test of a racehorse’s credentials.

With 22 fences over the gruelling three mile two furlongs trip, a reliable horse is required to join the Cheltenham Gold Cup winners list.

Prestbury Park is the perfect racecourse to host such a prestigious event, with Cheltenham’s undulations enhancing the drama and excitement in the final furlong.

Many have tried and failed but only the best can join the exclusive list of Cheltenham Gold Cup winners. Al Boum Photo is the favourite to feature in 2021 Cheltenham results…

The first Cheltenham Gold Cup was held in 1819 but it was a very different affair to the race that takes place today. In fact, the inaugural Gold Cup was a flat race!

First run over fences in 1924, the Gold Cup was initially overshadowed by the National Hunt Chase and there was less prize money offered than the County Hurdle.

Organisers moved the Gold Cup to the New Course in 1959 and this remains the regular track for the Cheltenham Gold Cup in the present day.

Arkle went off at 1/10 for his third and final Cheltenham Gold Cup win, making him the shortest priced winner in the race’s history.

Sponsorship of the Cheltenham Gold Cup started in 1972 and plenty of brands have been involved in the race over the years, including not limited to Tote, Magners and WellChild.

To this day, Kauto Star is the only horse to regain a Cheltenham Gold Cup. He won his first Gold Cup in 2007 and returned to win the showpiece race in 2009 after relinquishing his crown to Denman in 2008.

Appearing on the Cheltenham Gold Cup wins list a record five times is Golden Miller. He first won the race as a 5-yo in 1932 and went on to retain his Gold Cup crown for the next four years.

Next up is Arkle. The Grade 1 novice chase on the opening day of the Festival is named after this iconic equine superstar and he clinched three Gold Cups in a row from 1964 to 1966.

Now with an enclosure named after him at Prestbury Park, Best Mate’s achievements in the modern era are yet to be matched. Can Al Boum Photo make it three in a row this year?

Tom Dreaper leads the way with an incredible five Cheltenham Gold Cup wins as a trainer – and he did so with three different horses.

While Willie Mullins has won the last two renewals, the British duopoly of Paul Nicholls and Nicky Henderson have excellent records in the race and must be considered.

Pat Taaffe is in a league of his own when it comes to Cheltenham Gold Cup wins. Known for his association with the legendary Arkle, Taaffe won four Gold Cups during his career in the saddle.

Two years after recording his third successive victory on Arkle, Taaffe steered Fort Leney to a famous triumph in 1968.

Of the active jockeys, Paul Townend leads the way with two Cheltenham Gold Cup triumphs – both coming on Al Boum Photo over the last couple of years.

Townend’s mount will be a popular pick in free horse racing tips this year and he could be set to emulate Pat Taaffe by claiming his third successive Gold Cup victory.

The stage is set and the 2021 Cheltenham Festival is upon us. Who will join the Cheltenham Gold Cup winners list this year? Only time will tell.