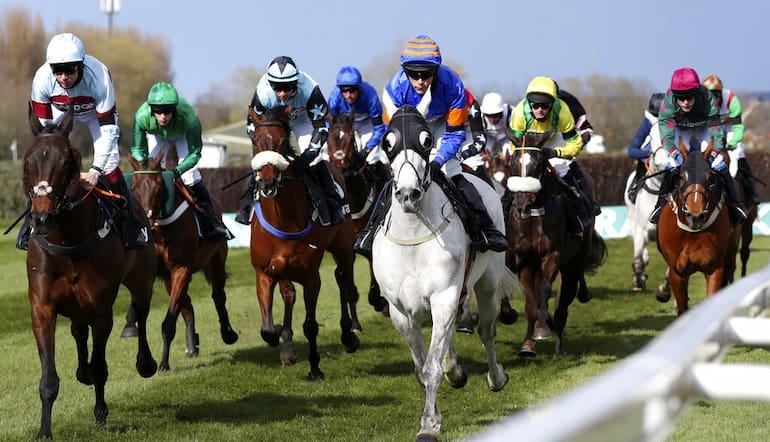 Still fondly remembered by many in horse racing as the “Hennessy”, the Coral Gold Cup at Newbury on Saturday November 6th is shaping up to be yet another competitive renewal of this staying chase.

There is always plenty of value too for those of you that enjoy your online horse racing betting.

Won last year by the 33/1 shot Cloudy Glen in the colours of the late Trevor Hemmings, we take a look at five possible contenders for the Newbury blue riband event.

Paul Nicholls’ runner looked every inch a second-season chaser when he made his seasonal reappearance at Wetherby in the West Yorkshire Hurdle, jumping every flight with feet to spare and still managed to finish in the frame.

Nicholls has used this race as a prep for Newbury many times over the years so it would come as no surprise to see the O’Neill-family owned Threeunderthrufive run a big race over the larger obstacles.

Corach Rambler warmed up for a tilt at the Coral Gold Cup with a run in the Colin Parker Memorial Chase at Carlisle where he finished in fifth spot.

Understandably that result was very disappointing for punters who had backed him that day, but in the grand scheme of things, it may well have brought him on an absolute bundle for his next pressing engagement – the Coral Gold Cup.

Last season’s Ultima scorer hasn’t suddenly become a poor horse overnight and its highly likely we will see the true Corach Rambler turn up at Newbury.

🏴󠁧󠁢󠁳󠁣󠁴󠁿 A winner for Scotland in the Ultima

Trained by Joseph O’Brien, Busselton is as tough as teak when it comes to battling a horse race out and the Kerry National winner has all the right credentials to win a contest like this.

A winner at Auteuil whilst under the tutorage of David Cottin, Busselton was soon competing at the highest level over hurdles after relocating to Joseph O’Brien’s yard.

He enjoyed some success in that sphere but his forte does appear to be the chase fences. That Kerry National form is very strong which makes the five-year-old a major player here.

Busselton (@JosephOBrien2 and @JJjslevin) wins the @GuinnessIreland Kerry National at @ListowelRaces with the horses and jockeys who came down at the final fence unscathed. Our thoughts are with Rock Road, who was pulled up mid-race. pic.twitter.com/WvlPIuEB4y

The Willie Mullins-trained Capodanno came of age in the G1 Champion Novice Chase at Punchestown back in April and could well give owner JP McManus yet another big Saturday winner on British soil.

The French-bred six-year-old is already a four-time winner from his eleven career starts and Mullins appears to have bought well with Capodanno who made his debut in a little conditional hurdle at Compiegne in November 2019.

Could this son of Manduro come full circle in November 2022? It’s entirely plausible.

A bitterly disappointing run from Bob Olinger who was pulled-up#PTown22 pic.twitter.com/nmiCrXkzE0

Fresh off a back operation over the summer, Nicky Henderson is expecting Dusart to boss the staying division this season.

A winner of three of his four starts last season, Dusart has always looked like he could reach the highest echelons of the jumps game and this would be a great rung for him on that ladder.

If you fancy him for The Festival too, you can bet on Cheltenham here.