Fan of cricket video games? Take a look through our list of the top 10 best cricket games around 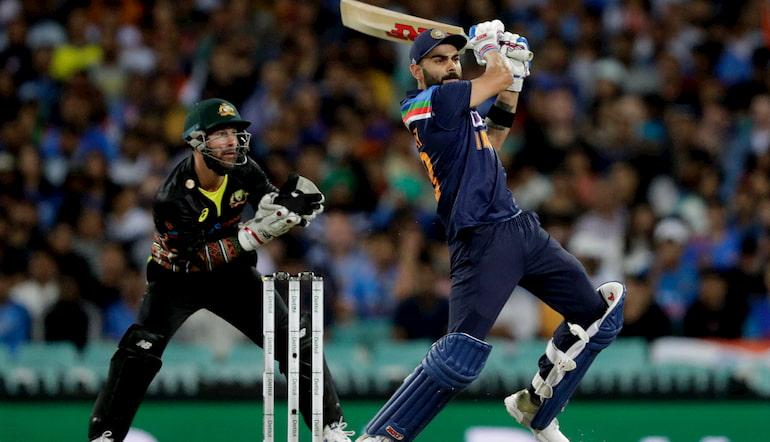 Cricket fans have often been left frustrated by the lack of effort in the sport’s video games.

While it is one of the most popular sports on the planet, and cricket betting is increasingly popular, game developers have not always been keen to create cricket masterpieces.

Fans have had to wait out lengthy droughts between games – there have been few consistent series for gamers to trust year to year.

This isn’t unique to cricket, of course. Tennis video games have been just as patchy, and there’s obviously a more limited market for cricket games compared to football or Formula One.

Maybe a lack of investment, maybe the sporadic nature of the games, but cricket seems a very hard sport to create a realistic simulation for.

The standard of cricket games does not live up to its soccer, NFL or NBA counterparts. There have still been plenty of enjoyable cricket offerings over the years, however. Here are 10 of the best…

Has any game distracted teenagers and office workers as much as Stick Cricket?

It was just a couple of clicks away even on the clunkiest of school computer, and it has since become a game that can be played quite literally everywhere with Stick Sports’ apps.

It’s a test of reflexes and quick decision making. Play a cover drive to a straight ball and your stumps are cartwheeling but pick the right shot and get the timing spot on and you’ll see the ball sail long into the night sky.

Fresh game modes, challenges and teams have been added over the years. Stick Cricket has stood the test of time – it’s a game that could swallow many an hour even now.

Most memorable for the commentary of the late, great Tony Greig, Ashes Cricket 2009 arrived after a quiet year for cricket gaming.

No cricket video game was released in 2008 – the 2009 Ashes-focused game lived up to the pressure. The introduction of Hawk-Eye graphics was cutting edge.

The skill masterclasses with Ian Botham and Shane Warne were a nice way for beginners to learn their googlies from their cutters.

The first cricket game ever released had to warrant a place on this list.

Graham Gooch’s Test Cricket was available on the ZX Spectrum and Commodore 64 among other platforms when came out in 1985 and was succeeded by Gooch’s All Star Cricket a couple of years later.

Reviews were generally positive of both games. Sure, it wasn’t exactly cutting edge, but it gave 1980s gamers their first taste of cricket games – that’s got to be worth something.

This might have been the best International Cricket Captain game of all.

It’s cricket’s equivalent of Football Manager, a simulation where users can fly through years in minutes or break down the minutiae of a four-day match, controlling every delivery, every bowling change, every fielding setup.

The transfer market feature made this as addictive as any cricket game. The battle to sign the best overseas, to unearth a special young talent, was just part of the skill of becoming an expert at International Cricket Captain 2010.

The penultimate effort from EA Sports in the cricket gaming market, Cricket 2005 was the last to have complete licensing.

Gamers could dive deep into international cricket or disappear into the depths of the domestic game with licensed sides all around the world.

Eurogamer was unnecessarily harsh with a 3/10. Others put it around the 7/10 mark, which is fair, but this game’s complete licensing and solid gameplay is enough to earn a spot on our list.

Big Ant Studio’s first foray into cricket was a successful one. Don Bradman Cricket 14 was considered by many to be the best cricket game ever with some unfriendly menus and over-the-top fielding being the main criticisms.

A lack of licenses is a bit of a shame, but gamers can find a way around that by downloading teams or individual players.

It’s not a perfect solution, though it gets the job done and licenses are not the end of the world when the gameplay is as good as this.

It’s been a disrupted year for cricket and online betting, but that hasn’t stopped the latest release of Cricket Captain.

Available on Steam from June 2020, Cricket Captain 2020 has an improved match engine, The Hundred and a more complex weather system.

This game continues to get better year-on-year. In the absence of cricket for much of 2020, the virtual world of Cricket Captain 2020 gobbled up many an hour for devout cricket fans.

Released for the 2019 Ashes, Cricket 19 is another Big Ant Studios creation.

There were limited changes from the last Ashes game, but it’s an easier game to navigate with improved menus and glitches are less frequent. Once again, the ability to download the largest cricket stadiums and teams is important.

Licensing is limited, although all five of the 2019 Ashes venues are in the game along with the England and Australia’s men’s and women’s teams.

With Andrew Flintoff on the cover and Richard Benaud in the virtual commentary booth, Cricket 07 is off to a great start before we even touch on the gameplay.

There was a marked step forward in all facets of the game from its predecessor, Cricket 05. The loss of the majority of licensing was a major blow, but Cricket 07 still created memories for cricket fans worldwide.

The obvious number one selection, Brian Lara International Cricket had the pick-up-and-play factor. It’s a game that even people who didn’t like cricket could enjoy.

Brian Lara International Cricket, which was named after Ricky Ponting and Yuvraj Singh in Australia and India respectively, also had a Classic XI featuring some all-time greats.

It had its flaws as an accurate simulation, but it ranked as high as any sports game on pure fun.