Cricket Umpire Salary Figures - How Much Do Cricket Officials Make? 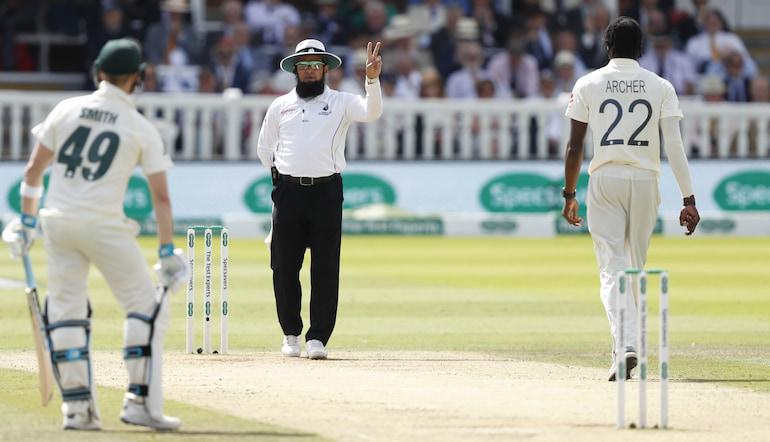 Regular followers of cricket betting tips will be used to seeing the same cricket umpires. Perhaps you’ve wondered about their salary and how they get into such a high-pressure job.

Even with the use of DRS in international cricket, it’s vital that umpiring standards are high. Poor decisions can ruin the sport as a spectacle. Even with technology, it can become painful viewing.

How much do you know about the life of an international cricket umpire? What salary do they make? Which qualifications do they need?

These people are so often in the spotlight, but they do not get the same adulation as the players they are tasked with overseeing.

If you’re keen on cricket in sport betting online, you’ll hear endless discussions about umpiring decisions. So, let’s take some time to look at their earnings, and what they had to do to reach the elite level…

An elite international cricket umpire receives a salary of around £72,000. They are paid somewhere in the region of £3,500 for a Test match, and around £2,200 for a One-Day International.

Obviously, the pay for a T20 international is lower still. It might be the glitziest event in cricket betting, but the shortest format also means a maximum of 40 overs in the field for umpires.

Compared with the five-day slog of Test cricket, a T20 should be an easy day out for umpires.

The ICC also hands out a bonus of around £7,200 for the best umpire every year. Umpires can obviously live comfortably on their base salary, but they have an array of perks of the job, including expenses for travel, hotels and food.

The umpires hog the on-screen time in international cricket. Fans, though, will occasionally here a reference to the ‘match referee’, who oversees the contest and will deal with any disciplinary issues.

There’s just a seven-man group of Elite Panel Match Referees. Their salary is about £35,000. According to Sporting Free, the match referees receive roughly £2,000 for a Test match and £1,100 for an ODI.

How To Become A Cricket Umpire

The ECB provides a clear pathway for aspiring umpires to follow. Starting out with the introductory course, the ECB website makes it easy to apply for and find the courses nearest to you.

Working through stages one, two and three, umpires can enhance their skills, enabling them to work at the top level of club cricket.

That’s where the journey to becoming a cricket umpire gets trickier. Years of experience must be accrued before the leap to county cricket is possible, and even then, the battle for places is fierce.

Just like with club cricketers wanting to feature in the County Championship, there are only so many places, and umpires must be among the best in the country to progress to the county level.

Other nations have a similar set of requirements to make the step to professional umpiring. In Australia and India, umpiring development is in the hands of each state, who will run the courses and examinations.

Cricket fans will be used to seeing familiar faces officiating international matches. It takes a certain level of experience, skill and training to oversee matches in the largest cricket stadiums in the world.

Here are the members of the Elite Panel of Umpires as of August 2021:

Cricket umpiring has changed greatly in the last couple of decades. The arrival of DRS, and the surge of T20 cricket has altered their role.

Overseeing matches involving teams on the IPL winners list is now the best route to umpiring fame. It’s also a lucrative avenue for umpires, just as it is for players.

Kumar Dharmasena, a star of the 2019 World Cup Final, is one of the most famous active umpires. Aleem Dar is the longest-standing Elite Panel Umpire, having been appointed in 2004.

Diving into the history of the game, Dickie Bird and David Shepherd are the two most well-known English umpires.

Steve Bucknor and Rudi Koertzen would be widely recognised, too. They are the two men with the most Test matches umpired since the Elite Panel was created.

Koertzen had his trademark slow-raising of the finger. Bucknor’s nod of the head meant the end of your innings. When it comes to memorability, though, no one can match the quirkiness of Billy Bowden.

How much do IPL cricket umpires get paid?

Payment for IPL umpires depends on experience and standing.

Elite Umpires receive around £2,000 in basic salary per match according to The Daily Hunt, but this is heavily boosted by a much larger payment from the sponsors at the end of the tournament.

Richard Illingworth, Paul Reiffel, and Christopher Gaffaney were three of the Elite Umpires at the 2021 IPL.

The basic salary for the Development Umpires is roughly £600. Again, this is supplemented by money from the sponsors upon the completion of the IPL.

What do ICC umpires make for a Test match?

ICC umpires are paid in the region of £3,500 for working a Test match. Elite level umpires generally stand in eight or more Test matches per calendar year.

These, of course, will take place all over the world. Being an ICC umpire comes with plenty of perks beyond the standard salary, including travel and accommodation.

What qualifications do you need to become a cricket umpire?

Cricket boards around the world will require an exam to be passed before allowing you to become a professional umpire. It will take years of studying and experience before it’s possible to make this step.

Of course, there are sometimes fast track routes for former players and people already involved at the highest level of cricket.

The English Cricket Board has various options for those looking to get started as an umpire.

Each country takes responsibility for training and educating umpires, though international umpires take a refresher course with the ICC every few months.