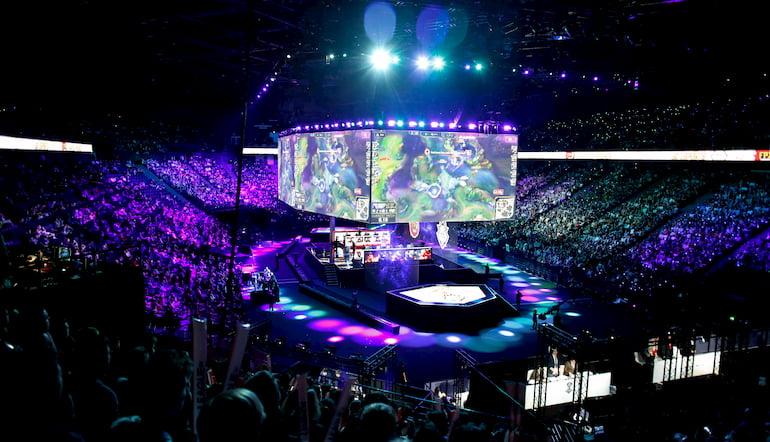 The rise of eSports has been incredible to watch. For those who have followed eSports and online gaming for years, it is great to see just how much the industry has grown.

From the humble days of small online tournaments to huge week-long competitions in front of sold out stadiums, eSports is now one of the biggest industries on the planet.

Without the right guidance and ambition, eSports would struggle – there’s no doubt about it.

The traditional sports teams investing in eSports has helped but it would be foolish to ignore the impact of individuals. The best players have helped to enhance the status of eSports and they deserve recognition.

Here, we look at some of the best players and teams competing in eSports right now. With daily events, 888sport customers can keep up with the latest eSports news and tips via our blog.

2019 was a huge year for Sundstein, with the 25-year-old winning a staggering $3.15 million in prize money.

Widely regarded as the best player in eSports, Dota 2 is his forte and the OG star could be the face of the organisation for years to come.

Sports betting odds will almost certainly have any team with N0tail on the roster as fancied for upcoming Dota 2 events in 2020. Watch this space, Sundstein will take some stopping if he can maintain this level of form throughout the year.

Counter-Strike: Global Offensive is his area of expertise. He was the highest-earning player from this game last year, netting a lucrative $1.75 million from various events.

The Dane actually earned more in 2018 than 2019 but his ability to compete consistently at the top of the competition is what separates him from his peers.

Now plying his trade for Danish eSports team Astralis, Hojsleth made a name for himself while competing for Fnatic in 2013. We’ll get onto them a little later…

Although not the most dominant Fortnite player on the planet, Cotton deserves a mention on this list. Still only 17 years old, ‘EpicWhale’ made over $1.3 million in 2019.

eSports fans are touting Cotton as the future of the sport – and you can see why. He has a hunger to succeed at the highest level and is incredibly talented.

The sky is the limit for this young American and we could be seeing Cotton branch out into other sports in the near future, especially after signing for NRG Esports.

The most polished team in eSports, Team Liquid compete in more competitions than any of their rivals and lead the way with over 60 players on the roster.

Dominant across a range of tournaments, the team claimed only the second-ever Intel Grand Slam in 2019, winning an IEM, DreamHack Masters, ESL Pro League and ESL One event.

The key factor which separates Team Liquid from the rest of the eSports world is the ability to consistently compete at the highest level.

They regularly finish in the top spots at major events, including the Clash Royal League world finals and the PUBG European League. Esports betting odds will show them as the team to beat in 2020.

One of the most successful Call Of Duty teams of all-time, Faze are experts in military-style shooter games. They don’t compete across every game but regularly succeed in this type of event.

Counter-Strike is very popular in the eSports community and Faze won two of these events in 2019 while also reaching the semi-finals in various other CS:GO competitions.

The team are also strong in PUBG, winning two season phases in Europe as well as the GLL Global Slam event.

In addition, Faze are dominant in Latin America and the team have enjoyed repeated success in Fortnite duos events.

Without a doubt, the 2019 highlight for Fnatic was winning the DreamHack Masters Malmo in CS:GO. Winning a home eSports tournament is always very rewarding indeed.

The Swedish brand gave an excellent account in the World Championships, crashing out in the quarter-finals after looking like potential champions for most of the tournament.

The team struggled to inspire confidence in Dota 2 last year but Rainbow Six team over in Australia was particularly strong – watch out for live betting odds on Fnatic.

With two Asia Pacific division wins last year, Fnatic were consistently able to challenge at the business end of major competitions and long may it continue.

NRG took a risk with various high-profile business changes last year but those moves paid off with success in several notable events.

The highlight of their year was success in the Overwatch League, with NRG completing an unprecedented ‘golden stage’ – not dropping a single map during stage two of the competition.

As mentioned in the eSports best players section, Shane ‘EpikWhale’ Cotton joined the team before finishing an impressive third in the Fortnite World Cup solos event.