Who Are The Highest Earning eSports Players In The World?

Can you name the biggest earners in professional eSports? Our writer looks at some of the standout names... 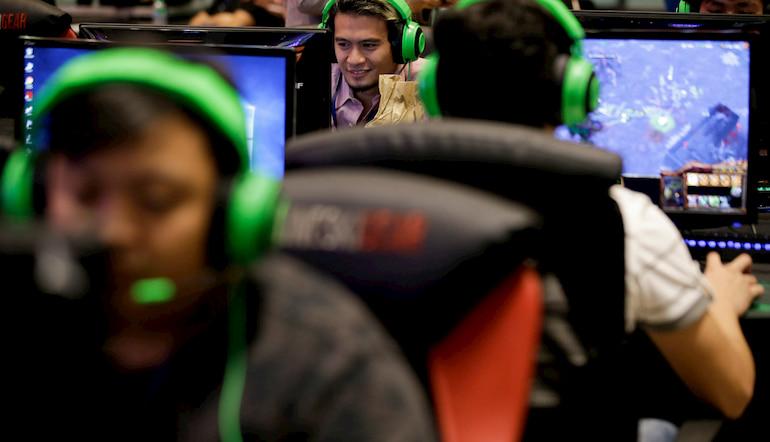 With the biggest prize pools in eSports heading into the millions, it’s no surprise to see just how wealthy the highest earning eSports gamers are. The increase in money in eSports is astonishing.

Prize pools have accelerated at a dramatic rate over the past decade. Being a professional gamer wasn’t lucrative in recent memory, but that has changed, with streaming playing a major role in that.

Twitch has been at the core of the surging popularity – viewership has grown year-on-year over the last decade. More watchers equals more revenue.

Last year, over $200 million was handed out over 4,600 tournaments. Over $15 million of that was handed to OG for winning The International.

The chasing pack have a long way to go to catch up with the Danish Dota 2 star.

Fortnite was the craze of the late 2010s. The dances were everywhere and tens of millions were playing the online battle royale game.

It was inevitable huge eSports prize money would follow suit. Bugha was the biggest beneficiary, lifting the World Cup in 2019.

Xyp9x isn’t the catchiest name of all, but that probably doesn’t matter too much when you’ve pocketed over one and a half million dollars from Counter-Strike.

Andreas Højsleth picked up his fourth Valve Major in 2019 and has led the way for his team in recent years.

Faker is the most famous name in eSports, and the most successful League of Legends player ever.

He featured on all three of T1’s world championship winning rosters, and won a title in his debut season. He was MVP for the 2016 win too, and a nine-time League of Legends champion in Korea.

Little was known about Feg ahead of the 2018 Shadowverse World Grand Prix, but that quickly changed.

He was a champion before long, announcing himself onto the biggest stage. He’s the final player on this list to crack the $1 million prize money mark.

Maru has shot to Starcraft 2 stardom, becoming the game’s most successful player by earnings along the way.

The World Electronic Sports Games title in 2018 was a helpful boost on this list for Maru, though he suffered disappointment at the Intel Extreme Masters in March of this year. Maru was the first player to win four GSL in a row.

Karma holds Call of Duty records galore. He’s the only player to win three separate World Championships and the only one to do it in back-to-back years.

As a result, he’s racked up over $800,000 in career earnings so far. Karma has won more than a tournament per year throughout his seven-year career and continues to be the player to beat in the Call of Duty world.

Loki is only 21 years old, but he’s already asserted himself as a premier PUBG player, winning the PUBG Global Invitational in 2018 and the MET Asia Series in 2019.

PUBG took off in 2017, making over $11 million in its first three days after release.

After only a couple of weeks, it had sold over one million copies and smashed Minecraft’s record to reach the four-million sales mark.

Starcraft: Brood War was at the centre of the early years of eSports’ growth, with the game mainly played in Korea. A set group had dominated the game for a long time, but Jaedong changed that and rivalled Lee ‘Flash’ Young Ho.

At 30 years old, Jaedong started out playing Starcraft II and only moved over to Brood War once he had retired from the former. He has enjoyed a successful career, winning his first title at the OnGameNet Starleague in 2007.

Halo perhaps hasn’t been as popular as its earlier editions, but that hasn’t stopped Tony ‘Lethul’ Campbell from taking home over half a million dollars across different versions of the game.

Lethul has enjoyed the majority of his success on Halo 5: Guardians, including a win at the 2016 Halo World Championship, which saw him share $1 million with CLG.

Lethul isn’t the biggest or wealthiest name on this list, but he’s a name to look out for in eSports news and one of the best Halo players on the planet.