How To Become A Professional eSports Gamer

Becoming a professional eSports player is no walk in the park but it can be incredibly lucrative if you make it at the highest level... 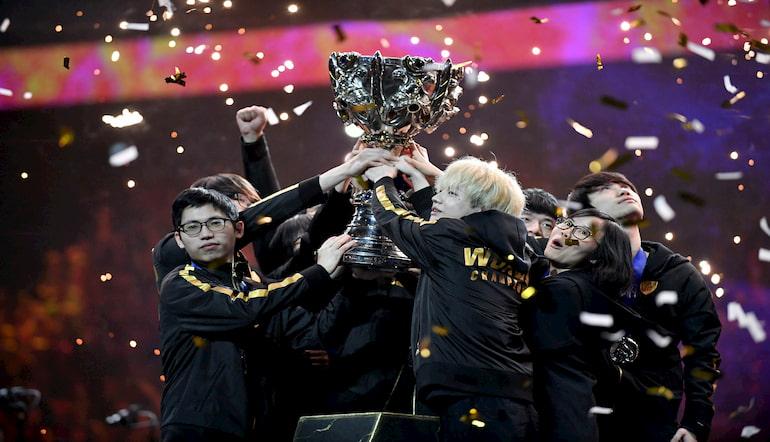 Getting into the eSports world is as competitive as any professional sport. Video games are played across the planet, and elevating your standard from casual gamer to legitimate competitor against the world’s best requires a mix of graft, fortune and skill.

To become a name often seen in eSports betting, gamers need a level of commitment that can seem obsessive.

Breaking through to become a pro is an almighty ask – it should be viewed as the same daunting mountain to climb as dreaming of scoring for England at Wembley or notching a test century at Lord’s.

It isn’t a career path that will be advised by your school, nor is it attainable for everyone, but eSports has become extremely lucrative, as we discovered in our list of the biggest prize pools in eSports.

This article looks at the path to becoming a professional gamer, starting with a bit of specialisation…

Stick To One Game

While this might not sound that exciting, becoming a professional gamer means honing your skills at a particular game.

Whether that’s Fortnite, DOTA or Call of Duty, finding your favourite game and sticking to it is crucial in the pursuit of eSports glory.

Committed gamers might be used to jumping between games. Spending days on one game without changing it up can seem repetitive, but it’s a requirement for becoming one of the best in the world.

Being an eight out of 10 at six different games isn’t going to lead to a professional career as an eSports gamer. Focusing on one game can help you reach 10 out of 10 at your chosen game.

Once you’ve settled on a game, it’s time to choose a platform. Whether PC, PlayStation or Xbox, it could be time for some investment, and the cost to land a powerful gaming PC can be significant.

As with the game, it’s a case of finding something you feel comfortable with – is it going to be keyboard or controller?

Putting In The Hours

Now this seems obvious, but the same goes for eSports as it does with any sport. Or, in fact, with anything.

Practice does indeed make perfect, and without the grind at your chosen game, the progress is going to be pretty limited.

Getting to a professional level will take days of commitment. While it isn’t all about mind-numbing hours in front of the screen, the quantity of time required is a key component in being successful in eSports.

With confidence built and practice put in, gamers should be looking to build a bit of a profile. Entering online tournaments is a good starting point.

Success in an online tournament will make people aware of any up and coming gamers, and is a good way to get seen by well-known teams.

No one is expected to figure out a game all by themselves.

Reaching the top requires a fair chunk of learning from others, whether that be online tips or watching current pro players and looking to replicate strategies they have found to be effective.

A quick search through Twitch or YouTube will reveal others who are keen on your game of choice. Obviously the depth of research can vary greatly, but even a couple of hours watching videos can be handy.

Learning from others, and pulling together knowledge from different gamers can be a successful approach as you look to improve.

Without delving into cringeworthy phrases like ‘building your own brand’, it’s worth noting the role social media has to play in the eSports world.

It’s a good springboard to start networking with other players too, which can be a way to share tactics and hear about tournaments.

Most of all, though, the key to all of this is to enjoy it. Becoming a professional eSports gamer isn’t an easy journey, and there is no guarantee that you will ‘make it’.

Enjoying the process, because a lot of it will be unpaid, is key. If it becomes a chore, each of these steps become harder.

Have fun, meet people who share the same interests, work hard at it, and see where it goes.