eSports is one of the biggest growing industries on the planet - here are the most lucrative prize pools available for the best eSports players... 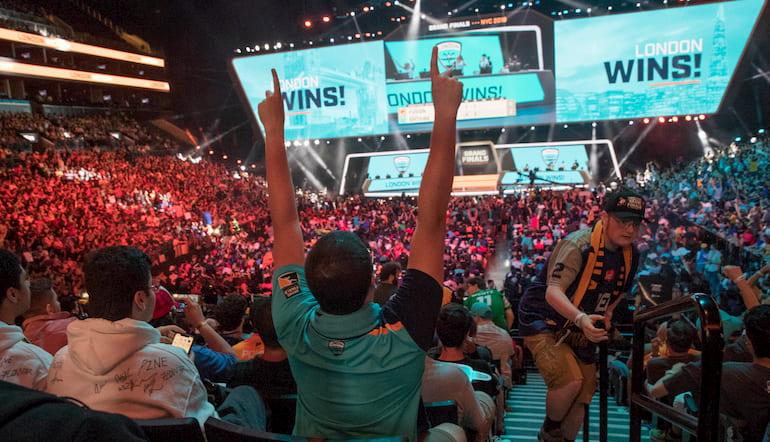 With growing interest comes sponsors. Sponsorship leads to money. The result is some substantial eSports prize pools, rewarding the best eSports players in the world.

There are some outrageous payouts in eSports, figures people may not associate with the gaming world. The top eSports attendances show us the popularity of the most prestigious events with tens of millions streaming in an array of languages.

It has changed over the years. The first eSports prize was handed out in 1997, and nine years later, Toxjq won a Rolex at the Quake 4 Championship.

While those were spectacular in their time, the rewards for winning major events are much more significant now, often giving the champions enough to retire on.

Live betting is available on many of the highest profile eSports competitions, but which have the greatest rewards for the competitors? Find out below…

Won by OG, who claimed almost half of the total prize pool, The International in 2019 took place in Shanghai, China in August of that year.

Team Liquid had to settle for the runners-up spot, but still took home a more than useful $4.4 million. Third-placed PSG.LGD might have been disappointed, though the $3 million will have made up for that.

You’ll see a fair bit of The International on this list. Despite a major prize pool leap in 2019, the 2018 tournament still handed out over $25 million at the conclusion of the first ever Dota 2 pro circuit.

OG were victorious, taking over $11 million, but all of the 17 other teams also picked up winnings. PSG.LGD came second, which resulted in $7 million less than OG.

2017 was the first year The International expanded to 18 teams and 90 players. It became the first eSports event to pass the $24 million prize pool mark, with $10.8 million of that pool going to the eventual winners, Team Liquid.

The prize pool for The International has grown year on year. It has retained its place at top of the pile, and the 2016 edition pipped the previous year’s tournament by over $2 million.

Taking place in Seattle back in 2015, the prize pool in 2015 was much smaller than just four years later, but that $18.4 million total is still an enormous amount of money. Evil Geniuses came out as the winners, taking $6.6 million.

Few games have taken off like Fortnite has in the last few years. The dances are on Premier League pitches and streamers have ascended to legitimate stardom. 100 players entered the Solo World Cup in 2019 with over $15 million on the line.

It was an all-American top three with Bugha beating psalm and Epik Whale to the title. Bugha took home $3 million, while the runners up had $1.8 million and $1.2 million respectively.

Held in New York, the Fortnite World Cup saw a solo and duo event. Like the Solos, there were 100 entrants into the duo World Cup, meaning 50 teams competing for the $15.1 million prize pool.

Cooler eSport followed in Bugha’s footsteps to take the $3 million for winning the tournament. Lazarus were $750,000 worse off for coming second, and 100 Thieves won $1.8 million for finishing third.

The International 2014 was a breakthrough for the tournament. It moved to a bigger arena, taking place in Seattle on the west coast of the USA, and tickets for the event were sold out within an hour of going on sale.

The prize pool is dwarfed by what came later in the 2010s, but the $5 million that went to the winners shouldn’t be downplayed.

The 2018 League of Legends World Championship moved around Asia. Seoul hosted the play-in, Busan took the groups and quarter-finals, Gwangju had the semis and Incheon was home to the final.

Only one team won over $1 million from this tournament and that honour went to winners Invictus Gaming, who shared $2.4 million.

The 2019 PUBG Championship was hosted in California, finishing in Oakland in November 2019.

South Korean team Gen.G were celebrating in the Bay, winning a whopping $2.3 million, over $1.5 million more than the runners up.

Find all the latest eSports betting odds, news and tips at 888sport.