Why Are Traditional Sports Teams Investing In eSports? 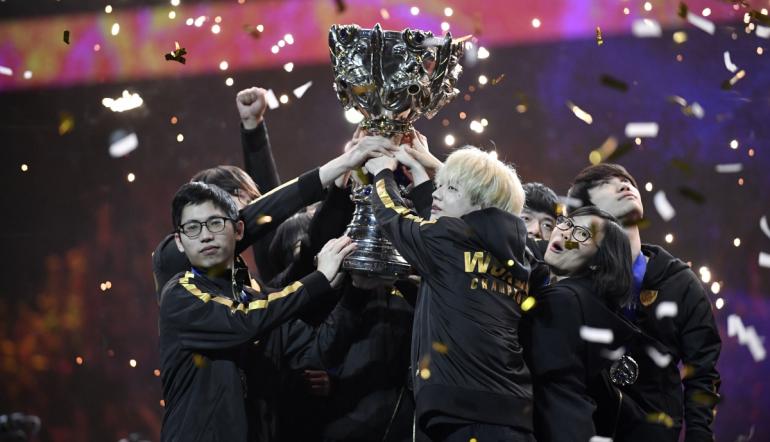 Esports, per the dictionary definition, refers to "competitive tournaments of video games, especially among professional gamers." For most hardcore or even casual video game fans, this will not be a new concept at all.

Esports has existed in some form since the 1970s, and has steadily gained popularity since. LAN (local area network) multiplayer tournaments became popular and peaked in the late-1990s and early-2000s, eventually largely giving way to online multiplayer thanks to technological advancements.

But for many of those outside of the world of gaming, eSports will sound like a total oddity; something that someone made up as an excuse to play video games all day and receive fame (and sometimes fortune) for doing so.

This is steadily changing, though, in a large part due to the investments being made by traditional sports teams.

On the surface, it may not seem that traditional sports and eSports have any similarities, as it's a case of meatspace versus virtual space, but the two share several similarities.

These include the rigorous training regimes (many professional eSports players train for at least 50 hours a week), physical demands (eSports players run the risk of injury) and the avid (and sometimes rabid) support from fans who love to see what players do best.

As such, the two types of sporting entertainment make for practical and perfect partners.

Which Traditional Sports Teams Are Investing In eSports?

Unsurprisingly, many of the traditional sports teams that we're seeing invest time, money and other resources into eSports are those where simulation games of those sports are popular.

Dutch football clubs Ajax and PSV Eindhoven have both dipped their toes into the cool waters of professional gaming, having signed an individual professional FIFA player and a full squad of FIFA eSports pros, respectively.

Even West Ham persisted with its own FIFA plans despite catching flak when it signed pro-FIFA player Sean ‘Dragonn’ Allan, becoming the very first UK football club to embrace eSports.

Likewise, the NBA 2K League, an eSports initiative for professional players of the basketball sim, now has 21 NBA teams on board.

The inaugural season saw 17 teams take part, but this expanded to 21 for the second season, as the Atlanta Hawks, Brooklyn Nets, Los Angeles Lakers and Minnesota Timberwolves all signed up.

However, while these are some of the biggest examples of traditional sports teams and their involvement in esports, some are getting involved in completely unrelated eSports titles, too.

FC Schalke's other eSports ventures include the purchase of League of Legends team Elements. The signing of a team that plays a game about magic, spells, and dragons may not seem immediately relevant, even if matches of League do involve battling down lanes.

Football team Valencia has also invested in both Rocket League and Hearthstone, with the press conference for the latter seeing the club having to field questions about the definition of eSports.

Meanwhile, the Golden State Warriors, the Houston Rockets and the Sacramento Kings have invested in League of Legends teams.

It just highlights that when it comes to the world of eSports, traditional sports teams are more interested in potential and talent than clear-cut brand relevancy.

Why Does eSports Appeal To Traditional Sports Teams?

On the note of brand relevancy, it's also important to consider why traditional sports teams are investing in eSports in the first place.

The answer is made up of two factors, the most obvious one being the potential for revenue.

A Newzoo report published in February 2018 suggested that the global eSports economy could be worth $905.6 million by the end of the year, thanks to, in particular, an uptick in brand investment (48% growth).

But it's not just about the possibility of striking lucrative brand deals or getting more money out of sponsors who are already partnered with the club; it opens up potentially new sources of revenue as well.

Esports betting, for example, is on the rise, allowing fans to put down money on intense eSports matches across a range of games including League of Legends, Overwatch, Rocket League, and Counter-Strike: Global Offensive.

Sports teams stand to make money either through partnering with platforms that offer eSports betting, or by winning over new fans which first took interest due to betting odds.

And, speaking of new fans, eSports is also a good way of getting in front of fresh faces. Given that there are billions of sports fans around the world, it's not like there's a shortage of people to show up at games and buy replica jerseys.

However, there is a growing number of young people especially who aren't engaging with traditional sports like their older peers.

Younger people are less likely to have television subscriptions, which are often the traditional way of viewing a professional sports match, while they are also poorer than previous generations and therefore cannot afford to buy as much or even any merch.

But many do have access to the internet, which allows them to stream eSports, making the professional gaming sector a smart way to get in front of fans who would otherwise not have much access to traditional sports.

How Does eSports Benefit?

It's not just traditional sports teams that are raking it in as a result of these partnerships, though. There are some big benefits for eSports, too, including greater exposure and legitimacy.

We've already mentioned how eSports has sometimes struggled to gain a foothold in the mainstream.

Broadcasters may (occasionally) show eSports tournaments on television and a few folks outside the gaming sphere may be aware of the concept of eSports, but it's far from an abundance.

In order to thrive –  truly thrive – eSports will need to cater to all kinds of people, from the stat-hungry stalwarts who watch every game and follow players on every social media challenge, to those who haven't got a clue what the word "meta" means without Googling it.

And what lends credibility to something like a Premier League team vouching for you? As the EPL is the most-watched sports league in the world, we'd say that the support from these teams makes a massive difference.

The financial support for professional players and the contributions made to creating eSports infrastructure (including the founding of new, more lucrative tournaments) also goes a long way.

Can We Expect These Investments To Continue?

Many of the partnerships between eSports and traditional sports teams have only occurred in the last couple of years, but from the state of the industry right now, this is likely to continue.

For one, many professional athletes are gamers themselves, including MLB teams like the Milwaukee Brewers, who used the Miller Park jumbotron to play Fortnite; the England World Cup squad, which played Fortnite in their downtime and the many athletes who have performed Fortnite-inspired celebrations.

Fortnite is just one game with an eSports presence, but it highlights the fact that people at all levels of professional sport are taking notice.

Plus, eSports is where many mainstream brands are already heading. This includes Vodafone sponsoring the ESL, to automobile manufacturer Toyota sponsoring the Overwatch League.

It's clear that if traditional sports teams want to build up their fame, fortune, and their fanbases, investing in eSports is increasingly becoming a very clever way to do it.

Esports
About the Author
By
888sport