The five English classics are the pinnacle of flat racing. The best 3-year-old flat horses to follow are all aimed for one of these flat Classic races. 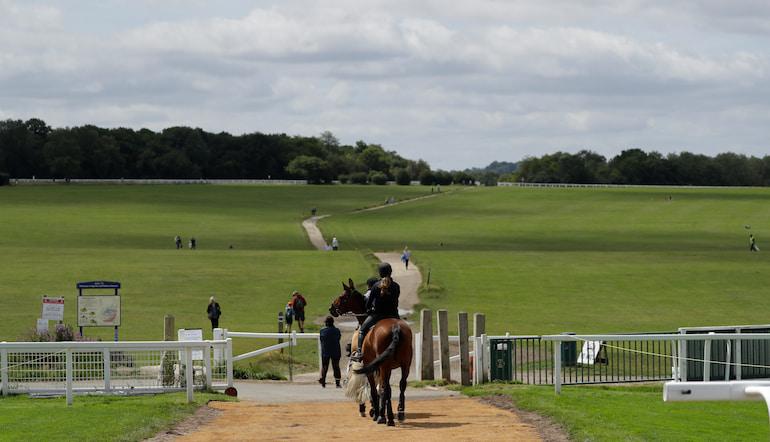 The five English Classics form the bedrock of the annual British Flat racing season and of course are the benchmark on which top horses careers are based.

Without these Classic cornerstones there would be no Flat season to speak of. The Classics determine future breeding and the breeding determines the horses that run in them. It’s a constant revolving door.

The 2000 Guineas attracts the best UK, Irish and French three-year old milers around, not only for the substantial prize money, but for the Classic status of the race itself.

The Group One race is run over a distance of one mile on Newmarket’s Rowley Mile course on the opening day of the two-day Newmarket Guineas Festival.

While the 2000 Guineas is open to colts and fillies, usually only colts contest it as the fillies find it tough against the boys and they have their own equivalent race the day after anyway.

Some horses are aimed at this race as part of a three pronged assault on the season long Triple Crown, which consists of the Guineas, Derby and St Leger.

Naturally you need an exceptional horse to pick up all three races and you won’t be surprised to discover that Nijinsky was the last Triple Crown winner back in 1970 – a record that has now stood for over 50 years.

Early 2021 thoughts: One of the strongest pieces of juvenile form coming in to Guineas is the Dewhurst where St Mark’s Basilica beat Wembley and Thunder Moon. Aidan O’Brien’s charge is a 5/1 chance in our 888sport horse racing betting.

Staged on the Sunday of the Guineas weekend, the 1000 Guineas is a highly coveted race. Just like the 2000 Guineas, it is also one of the five British Classic races and the first fillies’ Classic race of the season.

Named after the inaugural prize purse back in 1814, the 1000 Guineas is run over Newmarket’s Rowley Mile which is a tough test for the young fillies. The last two furlongs of the race always sorts out the stars of the future from the also-rans.

The rarely attempted fillies’ Triple Crown (Guineas, Oaks, St Leger) is even harder to win than the male version. Only 9 fillies have ever done so with 8 of those coming before 1955. The last filly to land the esteemed treble was Oh So Sharp in 1985.

Early 2021 thoughts: Pretty Gorgeous was an outstanding filly as a two-year-old and at 5/1 she’s looks top value for this race.

The Oaks is named after an estate which is just to the east of Epsom itself.

It was leased to the 12th Earl of Derby in the 18th century, and between himself and his guests, the idea for a race was devised, leading to the very first running of The Oaks Stakes in 1779.

And as luck would have it the inaugural winner Bridget was owned by none other than Lord Derby!

Enable won the Oaks in a record time in 2017 before going on to land four more Group 1 races that season, including the King George, Yorkshire Oaks and the Prix de l’Arc de Triomphe.

In 2020 the Oaks went to the Aidan O’Brien-trained Love who registered a 9L victory in the Fillies’ Classic and broke Enable’s course record in the process.

Early 2021 thoughts: Obviously if you fancy a filly for the 1000 Guineas then you have to hope she wins the Oaks too. Therefore our horse racing pundits are siding with the 12/1 shot, Pretty Gorgeous.

The Epsom Derby is a Group One race for three-year-old thoroughbred colts and fillies run over one mile and four furlongs. It is the most esteemed Classic horserace in Great Britain and the race is steeped in a rich history.

The leading Derby jockey of all time is Lester Piggott who won it an amazing nine times, whilst three trainers have all won the race seven times (Robert Robson, John Porter, Fred Darling).

Aiden O'Brien has trained the winner an impressive eight times in all with six of those wins all coming in the last nine years.

In April 2020 online car retailer Cazoo were unveiled as the new sponsor of the Derby at Epsom, replacing Investec after many long years. The multi-year partnership with the Jockey Club incorporates the whole Derby Festival fixture.

Early 2021 thoughts: It’s very early days to be thinking about the Derby, but pressed for a selection we will go with Wembley who will see his odds slashed should he fair well in the Guineas.

The St Leger Stakes is the final Classic of the season and takes place at Doncaster in September each year. The race is confined to three-year-olds.

The race itself is the longest in distance and the oldest in years. Staged over 1 mile 6 furlongs and 132 yards, the race began its life in 1776.

The contest was thought up by Anthony St. Leger, an army officer and politician who lived near Doncaster. The Leger was originally run over two miles, with colts carrying 8st, and fillies 7st 12lb.

Early 2021 thoughts: Santa Barbara is in plenty of flat horses to follow lists for 2021 and the Camelot-filly is our long-range prediction for the St Leger at 16/1.

Horse racing tips for tomorrow and most days can be found on our 888sport blog.