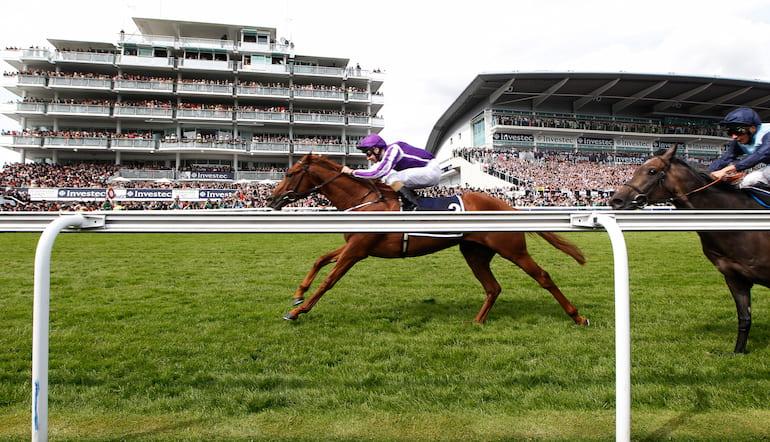 By Steve Mullington
May 31 2021
Horse Racing

The Epsom Derby is a Group One race for three-year-old thoroughbred colts and fillies run over one mile and four furlongs. It is the most esteemed Classic horserace in Great Britain and the race is steeped in a rich history.

The leading Derby jockey of all time is Lester Piggott who won it an amazing nine times, whilst three trainers have all won the race seven times (Robert Robson, John Porter, Fred Darling).

Aiden O'Brien surpassed that long standing training record in 2020 when Serpentine gave him his eighth Derby winner. The Epsom Derby is one of the biggest sports betting events on the UK racing calendar.

Serpentine’s success last year meant that Aidan O’Brien became the most successful trainer in the history of The Derby, with the Ballydoyle maestro claiming his eighth win in the race.

The most intriguing fact to come from O’Brien’s turn of the millennium dominance is that Galileo, who gave the Aidan his first victory in the Derby in 2001, has now gone on to sire four of the last seven winners from the yard.

Lester Piggott is the most successful Derby jockey of all time, winning the race an incredible nine times between 1954 and 1983.

Piggott’s Derby victories were always popular races with the horse racing commentators at the time they happened, as viewers and listeners will testify to.

In fact Piggott’s Derby record is second to none with his nine wins and four second places from 36 attempts. He first rode in the race as a 15-year-old and finished second the following year, three-quarters of a length behind the winner.

Sue Magnier and Michael Tabor are the most successful owners in the history of the Derby, having been involved together with nine winners.

Derrick Smith was also the co-owner of Pour Moi, Camelot, Ruler Of The World and Australia. Magnier, Tabor and Smith were the first owners to enjoy four consecutive winners.

The trio have done really well in the English Classics over the years.