F1 video games are exciting and entertaining but which Formula 1 games are the best? We look at the best racing video games 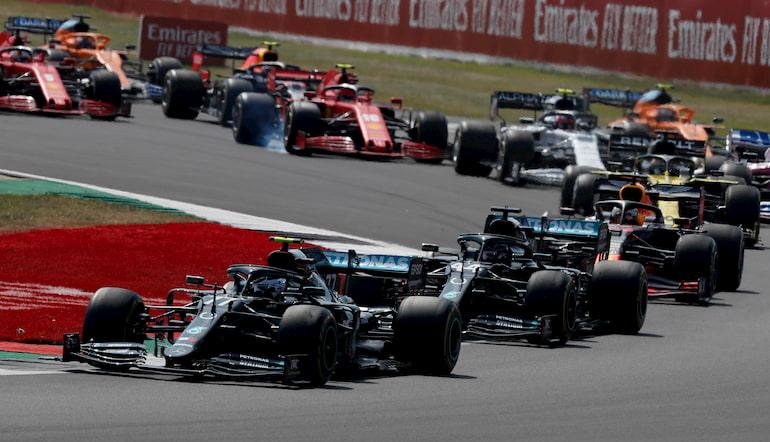 The development of video gaming technology has been no more apparent than in the improvement of the best Formula 1 games. Experiencing the latest F1 video games is barely comparable to the 1980s efforts on the Commodore 64.

There were no licenses handed out until the early 1990s. A wide range of developers have tried their hand at Formula One games, but just like F1 betting, it’s been hit and miss. Some have flopped, others have shone.

Although they may not feature in the best selling video games, there have been some brilliant Formula One offerings over the years. Here are 10 of the best F1 games ever…

It would be kind to say Spirit of Speed received mixed reviews, and it’s a tenuous qualifier for this article. Released in 1999, Spirit of Speed aimed to give gamers a taste of the early days of motor racing, the danger, the thrill of 1930s cars and circuits.

Hours could be wasted away flying around tracks unavailable on modern era games, pushing raw machines to the limit to see how much you could squeeze out of them before the engine caught fire.

The days of the Sega Mega Drive meant the racing experience was more pixels than realism, yet F1 World Championship was a solid effort given the technology of the time.

Drivers flew through tunnels and over crests, albeit on tracks that didn’t hold much relation to their real life counterparts.

It was the early 1990s and this was as good as it got. F1 World Championship was one of the first tasters of what Formula One gaming could, and ultimately did, become.

Sony’s second effort in the F1 gaming space was a belter. Formula 1 97 is regarded as one of the best racing games ever.

The inclusion of Murray Walker’s commentary is enough to warrant a spot in the top 10. It also represented a real leap forward in the versatility of F1 games.

Arcade and Grand Prix modes allowed gamers to experience a casual or more challenging race, and complete licenses meant all teams and drivers (excluding Jacques Villeneuve) were included. This was a breakthrough for Formula One gaming.

Sure, we’re surprised a game released on the ZX Spectrum makes this list, but Nigel Mansell’s Grand Prix was ahead of its time.

Long before online betting, Nigel Mansell’s Grand Prix was a realistic simulation of driving a Formula One car in the 1980s, the challenges to keep it on the road and look after machines that were notoriously unreliable.

Gamers have to be careful with their revving to avoid running out of fuel. There are four turbo settings to choose from, and temperature management is crucial.

Tyres and engines will blow with frustrating realism. The graphics are the only throwback – this has the detail of a modern F1 game.

An unheralded Formula One game, Grand Prix Challenge was a Playstation 2 offering from Melbourne House and they absolutely nailed it.

The graphics were spectacular for a game released in 2002 – the way air travelled off the rear wing of cars travelling at high speed was a particularly nice touch.

After F1 2012 disappointed, there was pressure on Codemasters for the 2013 edition. They emphatically delivered with a game that dived into throwbacks, bringing four former F1 tracks and an array of classic Formula One cars.

Jerez, Brands Hatch, Imola and Estoril are all in the game in stunning detail.

Murray Walker provides an in-game introduction, and gamers can download a string of iconic cars from the 1980s and 1990s including championship winning machines from Williams, Lotus and Ferrari.

Now this was a bit different. After pursuing perfection and an unachievable goal of Formula One simulation, Codemasters ventured into the world of Mario Kart-esque gaming with F1 Race Stars.

The 2012 game featured all the teams and drivers, but the tracks were a cartoon journey through the country of the race rather than an attempt to replicate the esses of Suzuka or Monza’s straights.

Don’t knock it until you’ve tried it. F1 Race Stars was a lot of fun, and a great game for younger F1 fans to get involved with.

Studio Liverpool only had one crack at Formula One gaming on the PS3 and their Championship Edition did not disappoint. The graphics were superb for 2006, and the car damage was far better than other games of the time.

Martin Brundle’s presence is obviously a bonus for any F1 fan.

The driving experience was good, although not up to modern standards, and Studio Liverpool gave gamers the option to control their own pitstop and warm up tyres. These were major additions in 2006.

Upon its release in 2000, Grand Prix 3 was the best racing game on the market.

An update in 2001 also gave gamers the full grid to choose from (including Jacques Villeneuve) and brought in two new tracks; Sepang and Indianapolis.

Reviews of Grand Prix 3 were positive across the board. Eurogamer was the most complimentary, handing it a 10/10, and over 300,000 units were sold in one month. It was incredibly popular in Germany and the UK.

Newest isn’t always best. In this case, though, the 2020 edition of Codemasters’ Formula One series is top of the pile. The 2019 version was brilliant, and the introduction of F2 cars was very popular.

They’ve expanded on that part of the game, and brought in a new mode called My Team, which allows gamers to start at the bottom as team owner and driver.

Customisation has increased further, and the Michael Schumacher edition brought gloves, helmets and liveries for career mode and online play.

Of course, the graphics have taken yet another step forward, and driver movement in career modes has been developed.