Why Is Fantasy Premier League So Popular?

Fantasy sport games are more popular than ever before but how many people are now playing the Premier League game? 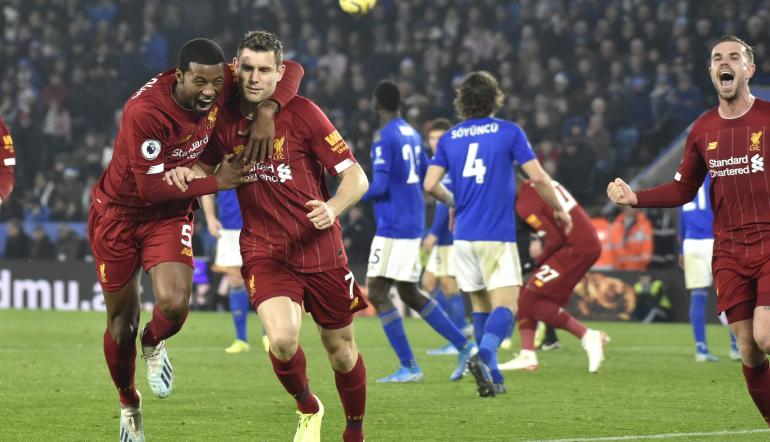 Part of this, naturally, is the growth of the Premier League. It has transformed from a domestic football league to a worldwide product, a brand recognised on every continent. The league is unquestionably the biggest not just in football, but in any sport in the world.

Fantasy sports aren’t a new thing, and they’re far from exclusive to the Premier League. Drafts for fantasy baseball and fantasy NFL leagues have been a thing for a long time. The format of those leagues is different; they’re distinctly personal.

Fantasy Premier League is unique, and while other leagues (usually run by newspapers) exist, the official FPL game doesn’t have any financial reward. It’s competitive for the sake of competitiveness, and it thrives.

Quite obviously, the internet has opened doors for fantasy sports. Versions of fantasy Premier League games had been around previously, but it was the opportunity to compete online that changed everything.

Fans could compete in leagues of fans of their team, with their workmates or look to work their way up the overall ranking.

It has brought a new angle to football watching for many and – in some cases – will have attracted people to the sport.

FPL is a topic of conversation in its own right, and some will have jumped on the bandwagon to be involved in that, regardless of their interest in the actual football.

The growth of FPL cannot be attributed to any one factor. The Premier League’s evolution was a precursor to FPL becoming a game played by millions, but it did not guarantee such growth.

There are whole online communities, subscription websites and blogs dedicated to this game - it has ignited football fans all over the world not just to support their team but have a vested interest in the performance of players across the division. Twitter erupts when John Lundstram scores.

Sites like Fantasy Football Fix advise FPL players on transfers, selection and captaincy. Their price predictor gives an indication of when to buy and sell to edge your budget up from the £100 million mark.

FPL managers deliberate over decisions for hours. Fixtures are analysed, as are form and manager rotation patterns.

The most committed will take research to the next level. Ben Crellin is a must-follow for any FPL manager – his spreadsheets provide guidance for potential double (and even triple) gameweeks. Navigating those crucial gameweeks can make all the difference in mini-leagues.

That perhaps touches on why FPL is such a success. It is accessible, the scoring is simple, but it can be taken to several more levels beyond picking a team and making transfers when required. There is ‘value’ in planning ahead and doing research, but it isn’t a necessity.

The game can be enjoyable if you’re a novice or a seasoned competitor. If you’re sifting through all the latest Premier League news or are happy to pick up the player who appears to be hitting form, there’s no certainty of success.

That element of luck is a leveller of sorts, and that – for many, at least – will add to the fun (although it might be frustrating if your non-football-fan colleague humiliates you in the office league).

Finding the fantasy football value picks is what every FPL boss dreams off. Picking up that differential player weeks before anyone else can see your overall ranking soar. How much effort goes into finding those bargains depends on the player, but that’s the beauty of it.

The role of luck shouldn’t be forgotten about, and that opens the game to those outside of the football-obsessed corners of the internet.

FPL is a game that can be played by a family with a wide range of football knowledge. It can be serious competition between diehard fantasy competitors, and it can be an annual tradition between friends.

Fantasy Premier League’s versatility has allowed it to ride the division’s growth to become one of the most visited fantasy sports websites in the world.

The Twitter account is closing in on one million followers - the announcement of goal scorers and bonus points are eagerly anticipated on every continent. FPL’s popularity doesn’t seem like decreasing any time soon.