Our Guide To The Best FIFA Memes

What are the most famous FIFA memes on the internet? Join our esports expert as he picks his way through the best FIFA meme images... 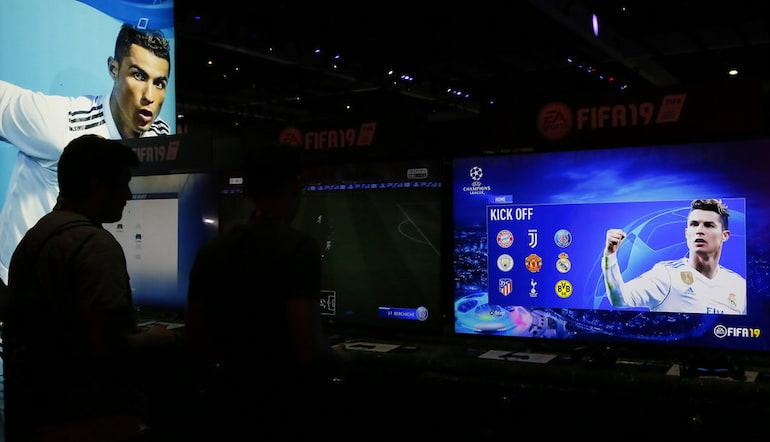 Reflected in the increasingly lucrative world of eSports betting and the hundreds of millions poured into the industry each year, gaming is no longer dismissed as the hobby of teenagers.

It’s a part of the entertainment industry like any other, the stars of eSports becoming internationally renowned celebrities.

Beyond the involvement of eSports in online betting, this overflows into broader culture. FIFA memes are just an example of this.

No longer niche communities on forums as they were a decade or so ago, gaming and its jargon has infiltrated mainstream discussion, even to the point that Football Manager and FIFA ratings can make an appearance on Sky Sports.

The FIFA 22 soundtrack has been heard by millions around the world.

Dodgy servers or errors from EA can lead to furore across social media platforms, such is the commitment of the people who throw hours of their time into this game each year.

There are streamers, news accounts and plenty of websites to consume FIFA content.

Gaming is growing, and FIFA is at the front of the queue. It is the highest-selling sports video game franchise of all-time, with over double as many sales as Madden.

Only Mario, Super Mario, Grand Theft Auto, Pokemon and Call of Duty have recorded more sales than FIFA over its existence.

Each release of FIFA is met with a fanfare, a tidal wave of complaints and analysis.

Plenty will bemoan minimal changes to the annual release, while others will take a couple of losses and criticise the gameplay. It’s an annual early-season tradition, akin to the gamer’s version of the Community Shield or preseason tour.

This reaction plays out online for the most part. Beyond identifying the FIFA 22 best young players, the FIFA community is quickly producing memes or tweaking past posts.

Where To Find FIFA Memes

Whether a long-time FIFA gamer or not, there’s a good chance you’ve come across the odd FIFA meme in your time on social media.

There are entire subreddits dedicated to FIFA memes. The same goes for Facebook groups, Instagram and Twitter accounts, while high-profile YouTubers will often dabble in the world of these potentially viral posts.

The origin of FIFA memes isn’t anything special.

Just like the explosion of memes across the internet, this has been a result of the social media generation we live in, the access everyone has to image editing, and the desire many have to go ‘viral’ with a post on a platform of their choice.

So many people are trying to nail the perfect FIFA meme. There are recycled efforts, stolen posts and uninventive attempts galore, but some manage to hit the nail firmly on the head.

This can be FIFA-angled satire. Sometimes it’s a jibe at the gameplay. Others it’s a mockery of a content in years’ past from EA Sports, like reflecting on when they released Ultimate Team cards with the wrong club or nation.

Entire YouTube videos are dedicated to FIFA meme compilations. A quick Google Image search will throw up page after page of FIFA memes, admittedly with a wide range of amusement level.

Seasoned FIFA gamers and social media addicts alike will probably have a solid idea of where to get their dosage of FIFA memes, and it’s not hard to find a few FIFA accounts to follow.

Many of the best FIFA 22 memes are being critical of the game in some way.

Certain accounts have even dedicated themselves to identifying mistakes from EA Sports.

FIFA22 mistake #55: EA released an SBC which can’t be completed because of a blank requirement.

There are a lot of FIFA memes that make use of mid-2010s meme templates. Anyone who has been on Twitter or Reddit in the last decade will have a good idea of the sort of things we’re talking about here.

For devout Ultimate Team players, the release of new content is often met with a bucket load of memes.

There will be wild excitement at an ‘OP’ card. Regardless of the release, many will be complaining for one reason or another, such is the nature of the internet.

Gamers are also quick to spot similarities between cards, whether a repeat from a previous year or a near-carbon copy of a card in that year’s game.

It’s a matter of taste. Just as some would prefer to dive deep into a career mode and find the top FIFA wonderkids, others are happy to play against others online casually.

The different types of and sources of memes is a similar subjective topic. They aren’t for everyone, but if you want to boost your intake of FIFA content, there’s no shortage of memes across the various social media platform.

Football Video Games
About the Author
By
Sam Cox