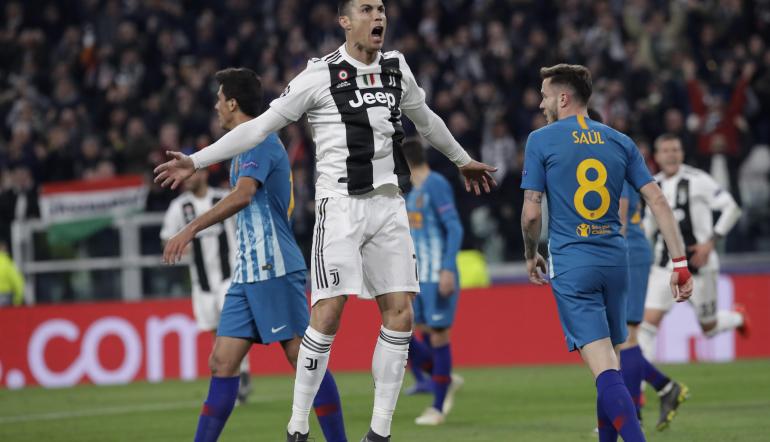 The Champions League is the greatest club football competition on the planet.

With the best teams in Europe competing for the trophy every season, football fans will have fingers and toes crossed that their club can compete in the Champions League showpiece fixture.

Some of the best players in Champions League history are still competing today – the likes of Lionel Messi and Cristiano Ronaldo are still at the top of their game.

Those two players rank at the top of the European Cup goal scorer charts but who else makes the list?

One of the most prolific strikers in Serie A history, Inzaghi was central to two of AC Milan’s Champions League victories in the 2000s.

Sir Alex Ferguson said “that lad must have been born offside” and that is testament to his style – Inzaghi made a career of playing on the last defender.

Champions League highlight: scoring a brace in the 2007 final against Liverpool.

With 48 goals, Shevchenko is up there with the best Champions League strikers of all-time – especially after his role in Milan’s 2003 success.

An absolute demon in front of goal, Shevchenko was one of the best finishers of his era. We shouldn’t let that penalty miss in Istanbul in 2005 change that view.

Champions League highlight: Scored the winning penalty in the 2003 final.

The iconic Swede has never won Europe’s ultimate prize but Zlatan deserves plenty of credit for his impact and influence on the competition.

With 48 Champions League goals for an incredible seven clubs, Ibrahimović has been key to a number of European campaigns – but that first triumph has always eluded him.

Champions League highlight: he is the only player to score for six teams in the competition.

Hard done by just three years earlier, Henry was part of the Barcelona squad that lifted the Champions League in 2009. A well-deserved success for a world class striker…

Champions League highlight: winning the competition in 2009 with Barcelona.

Another player on this list with no Champions League title as of yet, Lewandowski has been the focal point of Bayern Munich’s attack since joining the club in 2014.

Lewandowski’s goals helped Bayern reach the European Cup final in 2013 but Bayern fell just short – the Poland striker will be hoping for another chance at the trophy in 2020.

No Champions League triumph for Van Nistelrooy but the Dutchman still sneaks into the top five on this list – an impressive achievement to say the least.

Plagued by injury throughout his career, nobody quite knows how many ‘Ruud’ would have scored with a bit more luck on that front.

Benzema played a key role in Real Madrid’s run of success in this competition, with four wins in the space of five seasons. But does he get the recognition that he deserves?

The France international now ranks in the top five Champions League scorers of all-time and it would be foolish to ignore that fact. Give Benzema more credit…

Raul is a Real Madrid legend and the Santiago Bernabeu faithful will be forever grateful to the Spaniard for his commitment and passion to Los Blancos.

He scored in two of Real’s three European Cup final triumphs during his tenure at the club and Raul deserves to go down as a club legend.

41 goals clear of third, Messi is on another level to those beneath him. Arguably the best player in the history of the sport, Messi is second only to Ronaldo on this list.

Messi lit up the competition last season but Barcelona fell short in the semi-finals against Liverpool. Write the La Liga giants off at your peril.

Champions League highlight: masterminding the 3-1 win over Manchester United in 2011.

The greatest player in Champions League history, Ronaldo deserves to rank above Messi based on his goal-scoring exploits alone.

With five winner’s medals in his trophy cabinet, he is one of the most successful players in European Cup history and he could be set for number six with Juventus in 2019.