Our list of the greatest players who never won the Champions League - who else should feature? 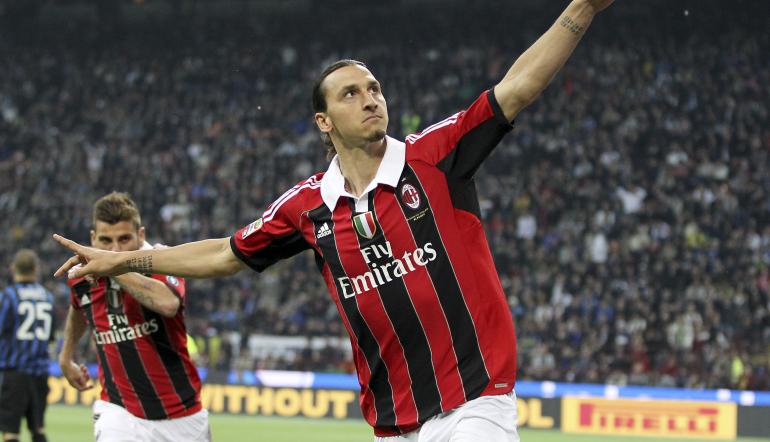 Winning the Champions League is the pinnacle of any player’s domestic career. Sure, the best side might not always be victorious, but that doesn’t take away from the glory of lifting that enormous trophy.

Just ask the 2012 Chelsea team and 2005 Liverpool side – neither of those were the best in Europe (or even close), but their success goes down in history in a way that little else in football does.

The Champions League has become synonymous with Real Madrid in recent years. Before that, it was Barcelona, and as a result, the two best players of this generation – Lionel Messi and Cristiano Ronaldo – have more than one winners’ medal.

Other iconic names haven’t been so fortunate, here are seven of the best players not to have lifted the big-eared trophy…

A runner-up in 2002 and 2008, Michael Ballack saw one of the all-time great Champions League goals from Zinedine Zidane in the 2002 final, and was left gutted after John Terry slipped in the penalty shootout for Chelsea in 2008.

Ballack’s career, for all the success, had plenty of disappointment, including a third-place at the 2006 World Cup and a World Cup final defeat in 2002. The Champions League was no different for the all-action midfielder.

Fancy Ballack’s former side Chelsea to go all the way this season? Find them in our latest Champions League odds.

Milan, Barcelona, Real Madrid, Inter and PSV all witnessed the wonderful Brazilian forward, and he was named FIFA World Player of the Year on three occasions.

The club trophy haul is pretty underwhelming, with just one league title during his years in Europe. The World Cup wins in 1994 and 2002 obviously ease that burden, but Ronaldo would’ve loved more team success during his peak years.

Although George Weah starred in the Champions League for Paris Saint Germain and AC Milan, the Liberian president was never lucky enough to go all the way in Europe.

After top scoring in 1994/95 for PSG, Weah was signed by Milan, but the timing of his spell at San Siro was unfortunate.

Playing between the glories of the early nineties and 2003, Weah missed out on a Champions League trophy during his five years in the famous red and black stripes.

The 1995 Ballon d’Or winner has bigger things on his mind in his current job, but a Champions League winners’ medal would’ve been the cherry on top of a magical career.

There are a few Argentinian strikers that could have found their way onto this list. Hernan Crespo gets the nod ahead of Gabriel Batistuta and Sergio Aguero - who may well have his hands on the trophy before his career is done.

Crespo got two first-half goals in the 2005 final, but Liverpool came back to stun AC Milan. Milan won the Champions League two years later, though Crespo was watching on from Inter.

He remained with Inter until a year before their 2010 triumph. In a parallel universe, Crespo has a couple of Champions League titles to his name to go with his Copa Libertadores, Premier League, UEFA Cup and Serie A successes.

Shearer joining Blackburn over Manchester United and turning down Alex Ferguson again a few years later to sign for his boyhood Newcastle United is one of the great what-ifs of European football.

He made it into the Champions League with his beloved Magpies, but Shearer never came close to European glory.

While a lack of European pedigree can be used to downplay his career, there’s no question he’s one of the greatest strikers of his generation.

With a Ballon d’Or and World Cup to his name, it’d be easy to assume that Fabio Cannavaro collected a Champions League winners’ medal along the way.

After all, he played in that wonderful Parma team, and later featured for Inter, Juventus and Real Madrid. It wasn’t to be for Cannavaro, however.

A player who defied the centre-back stereotypes, he’s not just an Italy legend, he’s one of the best defenders of the last 30 years.

One of the most prolific goal scorers in Champions League history, Zlatan Ibrahimovic has pulled on many of the most famous jerseys in European football.

Leaving Inter a year before they won it all, and doing the same with Barcelona, Ibrahimovic’s Champions League career was one of near misses.

Now in Los Angeles playing for the Galaxy, his Champions League dreams are just that, barring a shock return to Europe in the next couple of seasons.

No player in Champions League history as appeared in as many matches as Ibrahimovic without lifting the trophy.