The Championship top scorer record for a single season is 42 but how many players have topped the 30 goals mark? We look at the 10 players with the most goals in a Championship season... 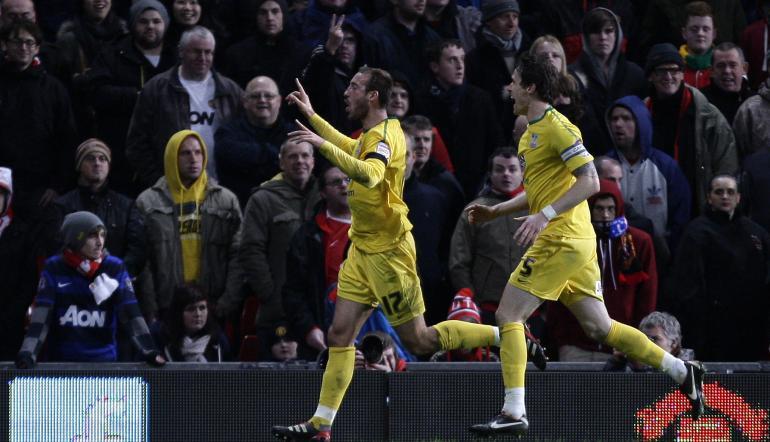 The Championship has a pretty compelling case to be considered the most exciting league in the world - it can be a nightmare for football betting fans with its up and down nature.

Unpredictable compared to the top leagues around Europe and with a wide range of clubs, the Championship is 46 games of drama.

Most Goals In A Championship Season:

Not to mention that it often goes down to the last day of the season and the playoffs are theatre themselves. Some players make a career for themselves as prolific Championship goal scorers – others use it as a stepping stone to greater things.

Our list below, detailing the highest scoring seasons in Championship history, contains a bit of both...

The first Championship season – though it was still referred to as Division One back then – saw Guy Whittingham score 42 goals for Portsmouth.

Pompey couldn’t force their way into the automatic promotion spots, however, and they failed to make it up through the playoffs.

Whittingham was the definition of a journeyman striker, featuring for countless clubs up and down the pyramid. He went on to manage Portsmouth for a brief spell in 2012/13.

Lee Hughes starred for West Brom in 1998/99, but the Baggies had to settle for a mid-table finish despite his 31 goals in the league.

West Brom had to wait until 2001/02 to get the promotion they were so desperate for. Hughes was playing for Coventry at that point, but he returned to club after promotion.

Continuing the journeyman striker theme, Glenn Murray bagged 30 for Crystal Palace in 2012/13 as the Eagles earned promotion through the playoffs.

Murray remained at the club until 2015, when he joined Palace’s bitter rivals Brighton. He helped the Seagulls get into the top flight too, and has since played a pivotal role in keeping them up.

He wasn’t necessarily a favourite in the Championship top scorer odds, but Murray has a good record in the division and played a massive part in two promotion campaigns.

The two-time European champions were unfortunately relegated the following season, and Hooijdonk left Britain for Holland where he bagged 25 goals in 29 appearances for Vitesse Arnhem before joining Benfica in 2000.

Sunderland missed out on promotion by a solitary point in 1997/98.

That disappointment wasn’t down to a lack of production from England international Kevin Phillips, however, as Phillips hit the back of the net 29 times throughout the season.

Unfortunately for the Black Cats, they couldn’t avoid a dramatic defeat to Charlton in the playoff final.

Teemu Pukki was a sensation in Norwich’s 2018/19 promotion campaign. Not many Championship betting expert betting tips had Norwich cruising to promotion, but Pukki led the way as Daniel Farke’s side made it look easy.

The Finn picked up where he left off at the start of the 2019/20 Premier League season, though repeating the 29 he amassed last season is unlikely.

Feed the Goat and he will score. Shaun Goater was a fan favourite at Manchester City and remains one of the most popular players in the club’s history.

As Manchester City accumulated 99 points in the 2001/02 season, Goater was unstoppable, scoring 28 of his 103 goals for the club in the league that season.

Ross McCormack’s 28 goals for Leeds in 2013/14 wasn’t enough to make the iconic Yorkshire club competitive, as they finished 15th, 15 points off the playoffs.

McCormack got a big move to relegated Fulham as a result, but he was unable to build on his form from the previous season.

His time in west London was frustrating and he never hit the heights of that final campaign at Elland Road.

Finishing runner-up to McCormack in 2013/14 made it two runner-up finishes in the Golden Boot Race in a row for Jordan Rhodes. His 28 goals in 2012/13 were pipped by Glenn Murray’s 30.

Rhodes developed a reputation as one of the most prolific scorers in the Football League. It all started when Huddersfield picked him up from Ipswich, and a brilliant spell with Blackburn followed.

Unfortunately for the Scottish international, though, he’s yet to make an impression in the Premier League. His football prediction odds of making it at the top level were positive but it never really worked out for him.