Championship Stadiums 2019/20: RANKINGS - Which Ground Is The Best?

We ranked all 24 football stadiums in the Championship during the 2019/20 season - which ground came out on top? 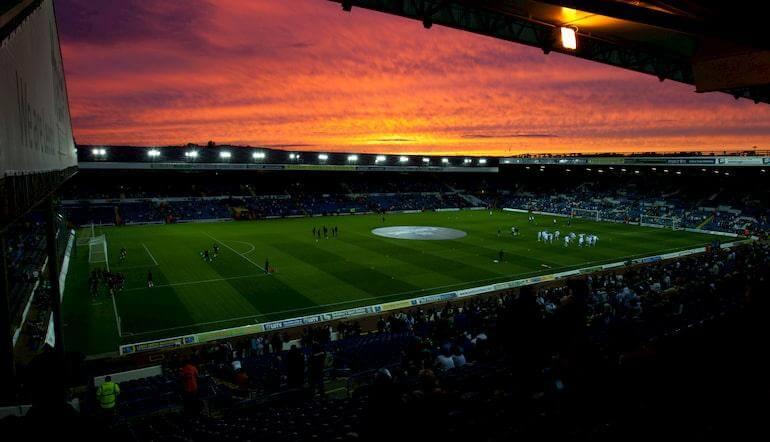 The Championship is home to some massive clubs. As we rank the 24 stadia, dotted around England and Wales, we will be running through several famous venues, some with major recent history, and others that have been around for over a century.

Home advantage can play a big part in football betting odds. There are certain trips that seem particularly unappealing, away days that are more daunting than others.

Of course, this is an entirely subjective list. Atmosphere, relevance and history will all be taken into account. So here we go...

Reading isn’t a town that screams excitement. The Madejski Stadium, unfortunately, aligns with that.

Located just off the M4 and in the middle of dual carriageways and industrial estates, it’s about as ‘meh’ as a stadium can be.

It’s an adequate modern stadium, but without much of an atmosphere, 24th is its home in our rankings.

A couple of relegations later and it’s become a pleasant away day all too often. Their average attendance of 10,592 is 23rd in the Championship in 2019/20.

In a rugby league town, Wigan’s on-field demise has seen them fade into the shadow of the Warriors once again.

Ewood Park has seen Premier League winners. More recently, the team was a force in the top half of the top flight.

As is usually the case, though, their demise on the field has seen the atmosphere become substantially more hospitable.

Rovers are having a better time of it in 2019/20, but the stadium is still rarely half full.

A pub on each corner is Griffin Park’s claim to fame, and it’s a good’un.

Unfortunately, though, Brentford’s home couldn’t get much higher on this list with its measly 12,763 capacity.

There’s rarely empty seats, but you wouldn’t expect there to be at such a small stadium. Brentford’s stadium needs to catch up with the team.

A modern-looking stadium among some of the geriatric venues in the Championship, there’s no doubt the KCOM Stadium is different from the pack.

The 25,000 capacity is more than handy, but Hull’s struggles on the pitch have translated to one of the lowest attendances in the league.

An average attendance below 50% of capacity can’t get any higher than this in our rankings.

The Valley has never been notorious for its ferocious atmosphere, and visiting fans describe it as a pleasant place to watch football.

Whether that’s a good thing or not depends entirely on taste, but the combination of so-so atmosphere and minimal historical relevance leaves The Valley languishing here.

Relocation is on the horizon for Millwall. The Den is not as terrifying as it used to be, and an aged stadium is looking a bit scruffy, but not in a charming way.

Solidly middle of the pack, just like the team.

History is on Barnsley’s side – only Deepdale and Ashton Gate were opened longer ago than Oakwell.

It’s a compact ground with a decent atmosphere, and a far cry from the 21st century venues we will touch on elsewhere in this article.

Oakwell was a hard ground to place. This might’ve been a bit harsh.

Following their Premier League jaunt, support has remained good at Huddersfield with over 20,000 attending each match on average.

A return to the big time looks unlikely in the near future, but it’s one of the better examples of stadium sponsorship.

The claim as the oldest continuously used football stadium in the world matters for Deepdale’s case.

Preston have played there since the 1870s, which boots Deepdale up our list despite the away fans making most of the noise.

One of the biggest stadia in the Championship, Cardiff City Stadium would be pushing the top 10 if its name wasn’t so dull.

Atmosphere on Second City Derby day is incomparable with anything else in the division, though sadly for Blues fans, Villa’s promotion means no derby in 2019/20.

Perhaps the two will be reunited next season...

A controversial shout, potentially, as the smallest ground in the league, but having been opened in 1905, history is on Kenilworth Road’s side.

It feels more League One than Championship. As a result, they’ve been selling out in 2019/20, which has got to be worth something, even if Championship betting suggests they’re heading down.

Attendances have dwindled, but the Potters still attract over 20,000 for most matches. The atmosphere is a far cry from the days of Rory Delap hurling the ball into the box, however.

The Bet365 is located out on an industrial park, though its place on the hill makes it visible across the city which is nice for locals.

Remember the Hawthorns as a pub quiz answer: it’s the highest ground in the Football League.

A feat of construction, West Brom’s home was completed in four months and it stands strong to this day.

For a city of its size, Bristol’s sporting impact is relatively small. Ashton Gate, enhanced in 2016, is home to Bristol City and Bristol Bears.

With a capacity of 27,000, Ashton Gate has that ideal blend of the old and new. Maybe it’ll host Premier League football in the 2020s.

The Liberty Stadium feels closer than most other modern stadia. It belonged in the Premier League.

Which will come first – a sell out or Premier League football?

With the third-biggest capacity in the league, Middlesbrough would hope to be higher than 11th in attendance.

Memories of a bouncing atmosphere in the Premier League keeps it relatively high up on this list.

Right on the banks of the River Trent, Nottingham Forest’s home since 1898 is as iconic as they come.

It isn’t perfect, and hasn’t been developed in 26 years, but that’s part of what makes it such a well-loved sporting venue.

Craven Cottage doesn’t have a reputation as a sporting cauldron, but it’s unashamedly unique and that earns extra points with us.

Over 120 years old and quaint beyond belief, Craven Cottage is a misfit on this list. Being different is good.

On the other hand, the packed in stands, and minimal gap between pitch and seats are an outlier in the modern game. A bouncing Loftus Road produces a special atmosphere.

Forever associated with the 1989 disaster, Hillsborough has a tragic place in British football’s history.

It is the biggest ground in the Championship, has hosted Euro 96 matches, and has a distinct appeal. Hopefully we see Steel City derbies in the Premier League in the next few years.

Leeds United are a sleeping giant of European football. Elland Road is domineering, its East Stand as hostile as it comes.

While not as sleek and shiny as others in the Championship, there’s a throwback about Elland Road. Expansion has been rumoured, but any changes would risk stealing the essence of one of English football’s best stadiums.