UEFA eEuro 2020: Everything You Need To Know | eSports Betting

Scroll down for all of the 'need to know' information, tips and eSports odds on UEFA's eEuro 2020 tournament this summer - who will claim victory in football's virtual competition? 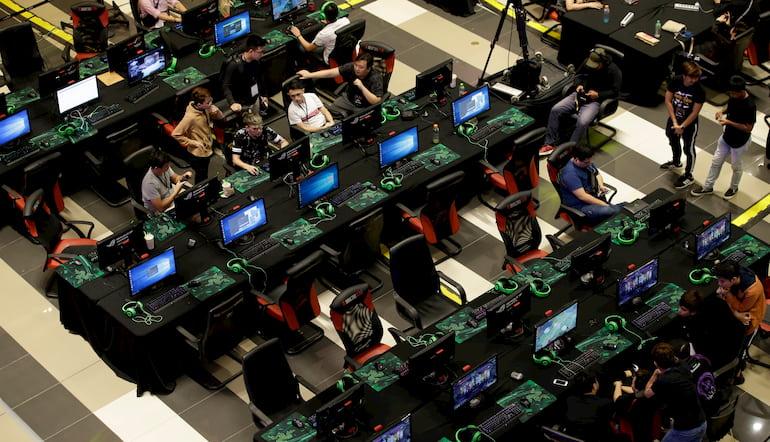 The summer of 2020 sees the UEFA eEuro take place, a tournament that will see plenty looking for football betting tips and doing research into the competitors.

The leading eSports stars have become celebrities in their own right, and this summer’s eEuro 2020 provides another opportunity for the contenders to make their name on a big stage.

It isn’t a sport or tournament that everyone will be familiar with, so we’ve collected everything you need to know in this article…

The qualifying rounds took place throughout March on four separate matchdays. Groups A to E played on the 9th and 23rd while groups F to J played on the 16th and 30th.

The playoff group stage, effectively the second phase of the competition, sees two groups of five play on 20th April and 27th April.

The finals will be played on 23rd and 24th May.

All of eEuro 2020 is available on UEFA’s YouTube channel. The channel also provides highlights and interviews – Erik ten Hag and Ole Gunnar Solskjaer have been the focus videos recently.

Six of these teams will progress to the finals. There will be 16 teams in the finals, with these six joining the 10 group winners from the initial qualifying.

Follow our Euro betting to keep up to date with the latest odds. Who will be celebrating in late May?

The champions were also due to win tickets to the now postponed Euro 2020. Although not officially confirmed, we assume the winners will receive tickets to next summer’s competition instead.

What Platform Will eEuro 2020 Be Played On?

Instead of the better-known FIFA series, eEuro 2020 has been played on Pro Evolution Soccer. Developer Konami agreed a partnership with UEFA in 2019 for the tournament.

PlayStation is the chosen console for this summer's competition.

Greece, Netherlands and France all boasted 100% records in the first phase. Netherlands had a huge goal difference of 46 thanks to emphatic wins over Republic of Ireland, Malta and San Marino.

The Oranje have a wonderful crop of young talent coming through on the pitch and look to be in a great position as they head to the finals of eEuro 2020.

France, another one of the on-field contenders for Euro 2021, cruised through the first round, winning all of their matches and handing Czech Republic an 11-0 defeat along the way.

There were other big wins too – a matchup between the Dutch and French will be good entertainment.

In what could be considered a weak group, Greece won all eight of their matches, amassing a +32 goal difference. The majority of their wins were heavy ones.

Israel, who won Group E, won their last seven matches after starting off with a 4-4 draw against Austria.

Of the teams heading to the playoff, Croatia will be a popular bet. The 2018 World Cup runners up have an ageing team on the pitch, but France were the only team that beat them in the qualifying phase as they racked up eight wins from 10 matches.

They will be fancied to be part of the six teams to make it to the finals from the second group phase.

Why Is eEuro 2020 Significant?

It is the largest ‘efootball’ tournament ever staged. There was a whopping 55 countries in the preliminary rounds, and 10,000 gamers have taken part.

According to ESPN, over two million people have streamed content from this competition, including the draws.

UEFA eEuro 2020 is an historic moment. It could be seen as a turning point for efootball as it looks to break into the mainstream.

With an extra 12 months until the European Championships kick off, it gives more time for players to recover from injury (Harry Kane being the most notable from an England perspective) and could see some younger players break through into the squad.

888sport’s website has you covered for odds, news and football tips to keep up with the latest developments about next year’s Euros. Who are you backing to lift the trophy?