All the most impressive FA Cup records, facts and statistics on England's oldest club competition 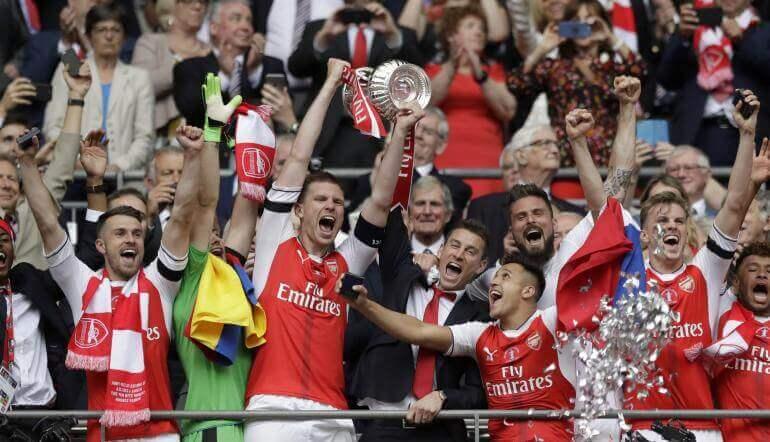 The FA Cup, the oldest cup competition in world football, often faces questions about its future.

It is the competition’s past that makes it what it is, the history, the famous FA Cup upsets, the surprise winners. Glory in the FA Cup is the greatest moment in the history of some clubs.

For those lower down the pyramid, their club’s name is forever associated with a magnificent upset. Earning a replay can change the fortunes of a team and, as 888 tips will tell you, it can flip a tie on its head.

Reaching so far back into the history of English football, FA Cup records unearth teams the vast majority of fans will not have heard of. There are familiar names too, of course, whether in the team or individual records.

The FA Cup has a prestige unlike any other domestic club competition in the world. Premier League predictions are available week in week out but FA Cup betting tips are extra special.

Some may say the FA Cup is struggling, but its records serve as a reminder that its place is safe, even in the modern game. Here are the top FA Cup records…

Arsenal might have become a figure of fun during their trophy drought earlier this century, but their FA Cup record is the best of all.

An amateur football club in London, Wanderers dissolved in 1887. They had five FA Cups to their name by that point, including three in a row in the late 1870s.

Blackburn Rovers matched the threepeat in the following decade. The Lancashire club have six FA Cups in their history with the most recent coming in 1928 – Mark Hughes led them to the semi-final in 2005 and 2007.

The two clubs that dominated the early years of the Premier League era share the crown for most appearances in FA Cup finals.

Manchester United have lost a joint-record of eight finals compared to Arsenal’s seven, however, with the Red Devils most recently suffering final defeat in 2018.

Arsenal haven’t lost an FA Cup final since 2001. Nine of the Gunners’ final appearances have come since 1993 and 10 of United’s have been since 1990. If the teams met in the 2020 final, who would the FA Cup betting 888 sport prediction odds favour?

Most Wins By An Individual: Ashley Cole (7)

The best English full-back ever, Ashley Cole won everything there is to win. An invincible and European champion, Cole lifted the FA Cup seven times – three with Arsenal, four with Chelsea.

He might not have always contributed in the earlier rounds, but the 107-cap England international put in some superb performances in finals. Cole was an underrated part of England’s golden generation.

He might have been the best player of the bunch, holding his status as one of the best left-backs in the world for the best part of a decade. 888 prediction tips at the time would've had Cole as a genuine Man of the Match contender.

Most Goals In Finals: Ian Rush (5)

Ian Rush won three FA Cups in his career and scored in all three finals. The first two were the dream for any Liverpool player. Liverpool beat Everton in the 1986 and 1989 FA Cup finals – Rush scored a decisive brace in each match.

His fifth, and final, FA Cup final goal came in the 1992 clash with Sunderland, which Liverpool won 2-0.

The Welshman holds an incredible list of records. He’s the highest scorer in Liverpool’s history, and the joint-highest goal scorer in League Cup history and he’s scored more goals in Merseyside derbies than anyone. You don't need betting expert betting tips to tell you that Rush is an all-time great.

Most Finals Scored In: Didier Drogba (4)

Anyone asking Premier League clubs to take the FA Cup more seriously should look at the performances of Chelsea and Arsenal, the two teams who have dominated the competition since the turn of the century.

Chelsea’s talismanic striker Didier Drogba was the King of Wembley, scoring in four FA Cup finals under the arch and winning the League Cup at the national stadium in 2014/15.

Although in the shadow of his Munich heroics a few days later, Drogba scored and played a pivotal role in Chelsea’s 2012 FA Cup win, just two years after scoring the winner against Portsmouth.

It was the fourth qualifying round back in 1971/72 – Oxford United and Alvechurch played six matches over the course of three weeks (with four going to extra time) to decide who should progress.

Played in freezing conditions, and across various different grounds (replays had to be played at a neutral venue), the players were exhausted and team talks became impossible.

Alvechurch nicked the tie in the sixth match with a 1-0 victory, but were knocked out in the next round as fatigue got the better of them.

Founded in 1872, Kettering Town have had plenty of opportunities to rack up the goals in the FA Cup.

Their total of 891 is the highest ever, despite the club never making it past the fourth round of the competition. They first reached that stage in 1988/89 and matched it in 2008/09, when they were knocked out by Fulham.

The biggest win in the club’s history came in the Cup in 1909 as they hammered Higham YMCI 16-0.

A star at a young age, Norman Whiteside signed a professional contract with Manchester United and quickly collected records.

Whiteside’s FA Cup final goal came in 1983. United had been held to a 2-2 draw by Brighton, but cruised to a 4-0 win the replay with the teenager scoring the second five minutes after Bryan Robson’s opener.