Pro Evolution Soccer vs FIFA: Which Is The Football Game For You?

Which football gaming franchise should YOU commit to - Pro Evolution Soccer or FIFA? 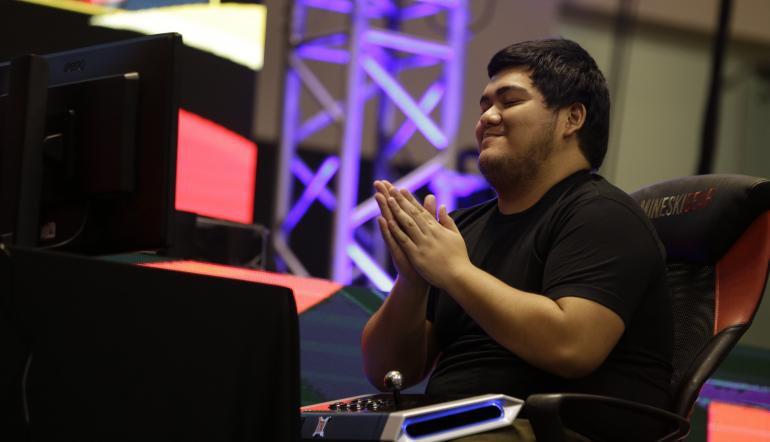 PES vs FIFA. Club vs Country. Lampard vs Gerrard: The great football discussions of the 21st century.

Video gaming has evolved to unforeseen levels over the past decade, PES and FIFA becoming a gateway into the sport for new fans.

Studies have shown that FIFA has played a major role in the growth of soccer in the United States, such is the success of the franchise and popularity of Ultimate Team.

The rivalry between PES and FIFA is long-running. By 2018, FIFA had sold over 280 million copies since its first edition in 1993.

PES lags well behind at 100 million copies, though the first of the series was released in 2001 and called World Soccer: Winning Eleven 5 in North America.

Running through a few key categories, this article compares two of the biggest gaming franchises in the world…

Many purists have preferred PES’ gameplay over the years. Where FIFA can be one-dimensional and glitchy, PES have often delivered a product with variety and without the issues that FIFA often has (the goals scored immediately after kick-offs spring to mind).

Reliance on pace has blighted FIFA. In the early years of the 2010s, pace and strength were so key that unheard players from the Belgian league were more effective than Xavi and Andres Iniesta.

PES hasn’t suffered with the same issues, though at times the gameplay has bordered on clunky compared to the fast-paced – arguably unrealistic – FIFA.

If you’re a long-time FIFA player, the gameplay on PES might feel alien at first, but there’s plenty to like about it. Gameplay has been a priority for Konami, and it’s an area that many will give PES the edge in.

PES wins this category and it isn’t all that close. FIFA is far and away the most popular of the two, but the franchise’s graphics leave plenty to be desired.

Franck Ribery famously called FIFA out not so long ago, only for PES to respond with an image of him in their game. That’s one of the more glaring examples, though it represents a trend across the two games.

Plenty of YouTubers have made videos comparing the graphics from the two games. Side-by-side, it’s a clear victory for PES. The colours are sharper, and too many player faces are generic in FIFA, making it impossible to recognise one player from another.

The opinion of the presentation of the two games away from the matches is largely down to individual taste. FIFA frequently tweak their menu screens, but both are easy to use and do the job without being anything spectacular.

Aside from forcing FIFA to rename Juventus as Piemonte Calcio for the 2019/20 edition of the game, PES has been renowned for its inventive (or, let’s face it, not so inventive) names.

Man Red and London FC are staples of PES and they lost their all UEFA rights to FIFA for the 2018/19 editions. The Konami-run game has rights to several (primarily lesser) leagues and a few stadia, but the lack of rights has always been an issue for a large portion of gamers.

FIFA, in contrast, has rights to almost every league you can think of. Some international kits are missing from the game, but that’s the main criticism of them in this department.

The arrival of UEFA rights – both in UT and career mode – has been a boost. FIFA recently announced they will be releasing Copa Libertadores content in March 2020, too.

Ultimate Team has been the standard bearer for sports gaming. FIFA led the way with the format and it has taken off; every sports game now having a similar game mode.

PES’ MyClub is their answer to UT, but it doesn’t really come close. It is the major factor that has seen FIFA accelerate into the distance in recent years.

FIFA has neglected career mode through the 2010s with the surge of Ultimate Team.

There have been half-baked attempts to allow managers to build one of the top youth football teams, and the path to becoming a successful football manager is still pretty limited despite the introduction of press conferences for FIFA 20.

Master League – PES’ career mode equivalent – has much of the features FIFA’s offering does, but it’s also the area where the lack of rights really hit. The aesthetics of the game are poor comparably as a result.

The real difference maker in the game modes at the moment is VOLTA, FIFA’s replacement for The Journey. VOLTA is playable either in kick-off or taking your player through the street circuit.

It is a tonne of fun to play head-to-head and has whiffs of FIFA Street that provide welcome nostalgia.

With options to tweak the games, including futsal and four-on-four with rush ‘keepers, VOLTA might be the decisive factor between the two games right now.