Should Manchester United Prioritise The Premier League Or Europa League This Season? 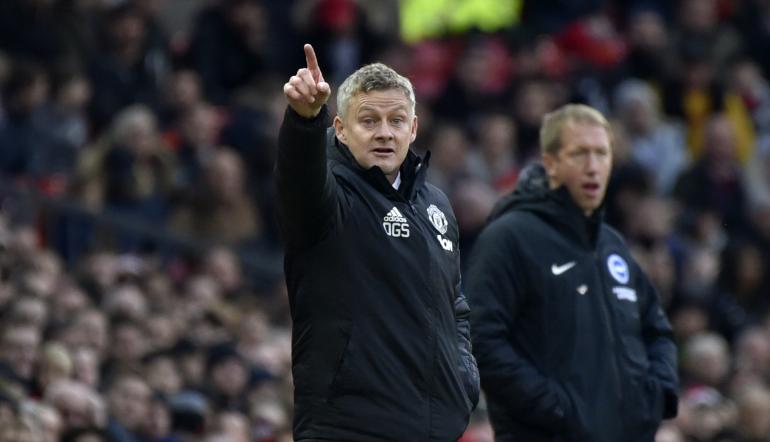 We’re 12 games into the new Premier League campaign and it would be fair to claim that Manchester United have been underwhelming in 2019/20.

Ole Gunnar Solskjaer’s side got back to winning ways at home to Brighton & Hove Albion on Sunday and the Red Devils have climbed up to seventh in the Premier League table.

At the time of writing, United are nine points behind fourth placed Manchester City but the 20-time Premier League champions will be quietly confident of turning things around in the coming months.

Marcus Rashford has six goals in his last nine games in all competitions and United are starting to show signs of quality in the final third.

Consistency continues to elude United though – the Red Devils have four wins, four draws and four defeats from 12 league games.

Furthermore, Solskjaer’s men have scored 16 goals in that spell; fewer than both Burnley and Aston Villa. United have started to find their feet in front of goal but you won’t find too many punters backing them week in, week out.

With back-to-back fixtures against newly promoted clubs approaching, United could end up welcoming Tottenham Hotspur to Old Trafford on December 4th with a three-game winning streak under their belt.

The busy festive period will be crucial to United’s top four chances and fans will be sweating on Paul Pogba’s fitness ahead of that stretch.

888sport are pricing United at 7/2 to finish in the top four this campaign – though the clubs already in the Champions League spots are looking very strong indeed.

However, many supporters believe that United’s best chance of securing Champions League football at Old Trafford next season is by winning the Europa League.

According to the latest football betting odds, United are priced at 6/1 to win the competition for the second time in the space of four seasons and that could turn out to be a huge price.

United fans have been spoiled in the modern era – Sir Alex Ferguson led the club to unprecedented levels of success, both domestically in the Premier League and in Europe.

The Red Devils are still a superpower in terms of history and heritage but they have fallen some way behind arch rivals Liverpool and Manchester City.

Climbing the Premier League ladder won’t be straightforward by any means - United cannot afford to drop points against the likes of Bournemouth, Southampton and Newcastle.

The Red Devils have been very inconsistent so far this season and their top four aspirations will all but vanish if United continue to fall short.

The Old Trafford faithful are split on this debate. It is in United’s DNA to try and win week in, week out but this squad just isn’t good enough to compete on multiple fronts.

Ole's at the wheel but he has a big decision to make at some point in the near future: sacrifice the Europa League and go all out for the top four or push for European glory.

It is a case of one or the other. Solskjaer’s side will be caught out if they attempt to juggle both competitions – playing on Thursday and Sunday will takes its toll, especially in the second half of the season.

It won’t make or break Solskjaer’s position at Old Trafford but he must act decisively before it is too late.

With the Red Devils already through to the Europa League knockout stages, United can try to build momentum in the Premier League.

Solskjaer’s honeymoon period has been over for some time now but the club legend is ready for the challenge. Give it a few more games and we’ll know more about United’s intentions for the rest of 2019/20.