Should UEFA Restructure The Champions League?

UEFA could look to change the format of the Champions League in the coming years - but is Europe's elite club competition fine as it is? 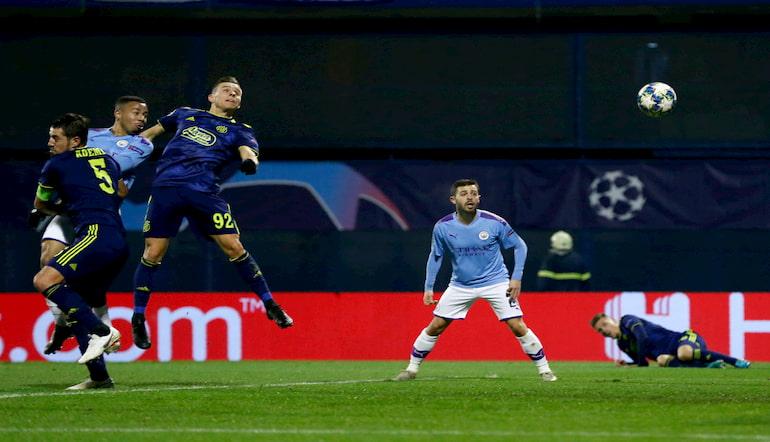 UEFA and the European Clubs’ Association are ‘close to an agreement’ for four more rounds of Champions League fixtures from 2024, as reported by The Times.

A change to the Champions League format has cropped up frequently in recent years. The ECA had previously suggested 10 extra rounds of fixtures.

While the new format is yet to be agreed upon, it’s increasingly probable that the Champions League will look significantly different in four years’ time.

Expansion of the group stage, by making it eight groups of six rather than four, is another option. A second round-robin phase, which other knockout tournaments have flirted with in the past, has reportedly been considered, too.

For a competition that is watched worldwide, and with such riches, a desire to make changes might come as a surprise to some. The motivations are mixed.

The current 32-team capacity of the Champions League in the first round looks set to swell in 2024. More matches are an obvious by-product.

Other changes to the format will have different impacts depending on the structure. The agreement UEFA and the ECA settle on will give a good indication of the motivations.

The oft-mooted European Super League is a contributing factor for Champions League change. Appease the giants, giving them more of what they want, and they will hopefully not be as keen to break off.

More revenue from matches against one another is what the elite crave. It’s the founding premise of a Super League.

The matches between Juventus and Barcelona generate more interest and revenue than a group stage match between Real Madrid and CFR Cluj.

Fans Europewide are opposed to a Super League. Kevin Miles, chief executive of the Football Supporters’ Federation, in June 2019 said, “These proposals are totally counter to the principles of sporting achievement, and the knock-on effects would be disastrous throughout the game.”

While expansion of the Champions League won’t be universally popular either, it might be a necessity to quash the rising desire for a European Super League.

More Champions League seems like a good thing from an entertainment perspective, particularly if the new format can avoid meaningless matches.

Keeping the significance of every result, every piece of magic and every error, is the golden ticket to retaining the Champions League’s appeal. Maybe keeping groups to teams of four is the best way to do so.

The world’s best club competition rarely has a quiet night. There are always going to be one-sided affairs, of course, but for every 6-0 drubbing there are plenty of crackers between evenly matched teams.

There would be understandable scepticism about expansion and who it would benefit most.

There’s a possibility – albeit remote – that it opens doors for smaller nations and gives a route to greater revenue for clubs that would previously fall in the qualification stages.

Money is being increasingly pooled at the top. In a study from 2017/18, the top five leagues accounted for 75% of the revenue generated by the 712 clubs involved.

Expanding the Champions League, in theory, could help this. It could be a way to close that gap.

The diversity of the competition is unfortunately a good criticism of expansion, too.

Financial disparity between the Europe’s elite and the rest is worsening.

The risk of an expanded Champions League is the rich getting richer, and the additional places going to fifth and sixth in the Premier League, La Liga and Bundesliga rather than creating opportunities for nations that cannot currently get close to the competition.

On the aforementioned study, UEFA president Aleksander Čeferin said, “The report highlights a number of threats to continued European football stability and success.

"These include the risks of globalisation-fuelled revenue polarisation, of a fragmenting media landscape and of cases of overdependence on transfer activity revenue."

It could, of course, be argued that a Super League, and a restructuring of the Champions League to favour the top five leagues, would be one of those ‘number of threats’.

The Club World Cup already forced Liverpool into some unpopular decisions and teams in Europe often field second XIs in the League and FA Cups.

With increased pressure to install a proper winter break, the consequences for domestic football would be brutal. The season would need to be lengthened or the cup schedules would have to change.

Perhaps this could be the end of Champions League teams playing in the League Cup at all.

Champions League Restructure: Is It Worth It?

It’s the implementing it correctly part that is the concern. The motivating factors for a bigger Champions League aren’t about spreading the wealth or improving the product.

Slowing the forces for a European Super League is a positive for many, but there might not be many other upsides for the game as a whole.

For fans of the top clubs playing each other, though, it could be great if the format can balance extra fixtures without losing the high stakes.