What Are The Most Prestigious Trophies In World Football?

888sport look at the biggest and the best trophies in world football - do any of your favourites make the list? 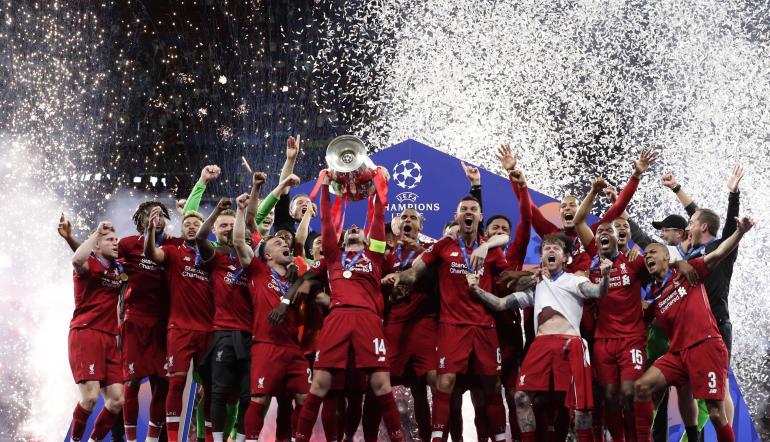 In the hectic world of elite football, balancing priorities is oft a topic of debate. Club versus country is the cliché one, but teams are regularly criticised for putting the league ahead of the cup or resting players when pundits disagree.

It’s a topic that is relatively controversial and is sometimes a generational divide. There are trophies, though, that are unquestionably prestigious.

No, we’re not talking about the Milk/Worthington/Carling/Carabao Cup here – this article is taking a look at the most valued trophies in world football, the silverware that players dream of above all else.

There was no other place to start. Once every four years, the football supporting world goes into a frenzy.

Bars are packed, outdoor screenings are arranged and annual leave is used liberally. The World Cup engages football fans worldwide for a month of non-stop matches, penalty shootouts, tears and eventual glory for one nation.

Players become heroes. Some, unfortunately, are left as villains. Careers are made, some for good, some for one big contract.

Memories are made (looking at you, Kieran Trippier) that last for a lifetime. The World Cup is incomparable in football, and some would say, in sport.

Winning a World Cup secures a team’s legacy as national heroes. In some cases, it can elevate a player from generational talent to one of the greatest to play the game.

Or Is The Premier League The One To Win?

Marketed as the ‘best league in the world’, the Premier League might not be the ‘best’, but it is certainly the most watched and richest.

England’s top flight has enormous audiences all over the world. Lifting the trophy aloft isn’t just for the people in the stadium, millions upon millions are watching on every continent.

The competitiveness of the league at the very top is sometimes overplayed - Chelsea and Manchester City have won seven of the last nine titles.

That fact perhaps undersells it, though, as the top four has altered over the last few seasons and we have seen the title challengers change over the past decade.

When it comes to prestige, the Premier League isn’t ahead of La Liga, Bundesliga or Serie A, but the impact on the club is arguably more significant. The Premier League, as a business, is that much greater than its rivals.

Copa Libertadores Has An Illustrious History

Whether you’re a devout South American football fan or just tune in for the Copa Libertadores final, there’s no doubt that this is one of the greatest competitions on the planet.

Suggestions of football hipsterdom for enjoying the Libertadores should be laughed at – this is football at its finest.

The crowds are spectacular, the atmosphere unlike anything else. Occasionally you get to see a fierce rivalry play out on the grandest stage as we did in 2018, when the final between River Plate and Boca Juniors was moved to the Santiago Bernabeu in Madrid.

Getting football tickets for the final won’t be easy, but attending a Copa Libertadores match should be on every football fan’s bucket list.

Winning the Champions League is the Holy Grail in domestic football.

Chelsea craved the trophy for so long, and it is the one Manchester City desire above all else. Continental success puts clubs on a different level – not to mention, it’s a regular feature in fan arguments.

Last season treated us to some of the most remarkable Champions League matches in recent memory as Tottenham and Liverpool staged all-time great comebacks.

The knockout rounds provide that golden combination of high-level, high-drama football. The finals are often a bit stale, but that’s not just a Champions League problem – the tension often produces pretty dull matches.

As Nottingham Forest fans will argue as strongly as anyone, European glory elevates a club. The title of ‘European champions’ remains, regardless of what the club goes through.

This is bending the rules a little. The Championship playoff doesn’t have the prestige of the aforementioned quartet, of course.

It’s a second-tier match for promotion, but the pressure, the spectacle, has quickly made it one of the most famous matches around.

Promoted endlessly by television companies, the money at stake in that playoff final is vast. The riches on offer and the chance to head to Anfield and Old Trafford next season with victory make it a tense afternoon for all involved.

Played under Wembley’s arch, too, reaching a playoff final gives players a once-in-a-career opportunity to walk out into the national stadium.

There have been a few dramatic playoff finals over the years, occasionally upsetting the football betting markets and breaking hearts of fans and players alike.