Who are the greatest forgotten footballers in Premier League history? We ask our followers for their top 10 cult heroes in English football...

The players below have a staggering 1722 Premier League appearances and 434 international caps between them.

They have won the Champions League, Premier League and lifted the League Cup more times than you can shake a stick at. They are, to a man, elite practitioners of their craft.

Yet you won’t find them on any other top ten lists. They all-too-rarely come up in conversation. It’s as if they never existed.

Were they unremarkable? Were they ‘merely’ cult heroes, unappreciated outside their club’s fan-base? Or has history simply been unkind to them?

We asked Twitter to dip into its memory bank and nominate ten players who deserve to be recalled and celebrated from the Premier League era. The result was several blasts from the past.

Having made 193 Premier League appearances across six seasons the Canadian is included here for his durability because in truth his stats err towards the mediocre.

In 91 games for the Toffees, Radzinski scored 25 which admittedly is a decent return. At Fulham though that slowed right down to 10 in 102.

As for assists, it only gets worse, with one every 48 matches a pitiful figure for a second striker while his personal achievements are slight, peaking at topping the Belgium goal-scoring chart in 2001.

Balancing this out, the Polish-born forward notched some important goals to help fend off relegations and it’s notable that he played 37 more top-flight fixtures than Eric Cantona. He should at least be remembered.

Suggested by @Nakamba_19 & others

The committed centre-back represented his country at three major tournaments and won the Champions League with AC Milan but injuries sadly blighted his five years in England.

Just 84 appearances for the Villans is testimony to that but such was his quality it was still sufficient to see the great Dane inducted into a Villa ‘Hall of Legends’ on the club’s website. 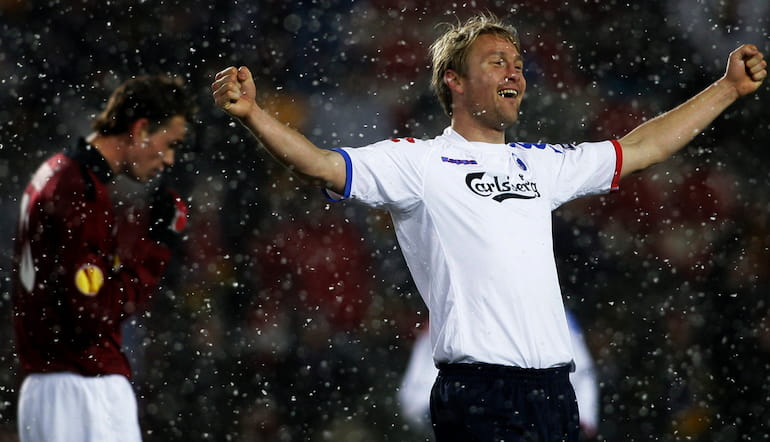 If the Danish Footballer of the Year in 2008 remains revered by those who appreciated him on a weekly basis, beyond Villa Park he is a forgotten entity these days.

This is a shame because Laursen was a class act whose playing style perfectly suited the physicality of the Premier League.

What the Saints wouldn’t give for a player with Pahars’ ability right now because according to Premier League betting odds, the south coast side are among the favourites to fight the drop this term.

In 129 top-flight outings through the early 2000s the little Latvian schemer scored 42 goals and regularly lit up the newly erected St Marys with his direct foraging, all committed at full pace.

It’s no surprise Pahars was voted Latvian Footballer of the Year three times running. Indeed, it astonishes that he never won more because the current Siena coach in Italy’s fourth tier was undoubtedly one of his nation’s finest ever exports.

One of the best feel-good stories during the Premier League’s early years was the dramatic reinvention of Warhurst from a centre-back to a free-scoring forward. It set the tone with the player admired from that point on for his versatility.

With Wednesday deprived of all their attacking talent to injury, manager Trevor Francis converted the youngster in desperation only for Warhurst to exceed all expectations, bagging 12 goals in 12 games. His prolificacy even led to an England call up.

On leaving Hillsborough, the player went on to win the title with Blackburn and all told the likeable Mancunian impressed in four different positions across 144 top-flight appearances.

The Israeli midfielder is a great quiz answer, with the question framed around a popular star who performed his magic for world famous clubs over eight years, making 194 Premier League appearances, only for whatever reason he has slipped into the abyss of time.

Perhaps it’s due to chronic bad timing why Benayoun is now largely unremembered while his fellow countryman Eyal Berkovic comes easily to mind.

Despite playing for three of the most successful English clubs in the 21st century, the skilful schemer only won a Europa League medal, finishing runner up too in the FA Cup. He shone during a time when Liverpool, Arsenal and Chelsea did not.

Our EPL predictions have his last employer pushing strongly for the title this season. Regrettably, it’s many years too late for Yossi.

Stewart racked up the fewest Premier League starts of all his contemporaries here – just 81 in four and a bit seasons - but boy did he maximise his limited time on the main stage.

In 2000/01, after firing the Tractor Boys out of the Championship, the arch poacher scored 19 in his debut campaign among the elite, as Ipswich incredibly finished a lofty fifth.

Only Jimmy Floyd Hasselbaink notched more that year and to put his achievement into perspective Thierry Henry and Michael Owen both found the net with less regularity.

Still, Stewart’s high-flying act pales to that of his club’s and the equivalent today would be Brentford challenging throughout for a Champions League spot. The sports betting odds on that happening is somewhere between large and colossal.

In a career that spanned two full decades, Breen frustrated the greatest strikers around, shepherding them into areas they didn’t want to go, anticipating throughballs; always consummate, always calm.

It was such traits that attracted Barcelona and Inter Milan following a successful World Cup campaign with Ireland but alas a glittering move always eluded him, instead remaining at mid-level clubs for the duration of his long top-flight residence.

So it was that his forwards – from Darren Huckerby to Paolo Di Canio – got all the glory and plaudits while Breen is now largely forgotten. That doesn’t seem very fair.

Potts epitomised several aspects of football that should be treasured far more than others. He was a one-club man, bar a short stint at Dagenham and Redbridge to see out his esteemed career.

He went about his business with the minimum of fuss, putting in 7/10 performances week in, week out, anywhere across the Hammers’ back-line. And not once did he make the back pages over a contract dispute or for bad-mouthing his manager.

Instead, he quietly and efficiently made 202 top-flight appearances, captaining his boyhood club for several years, and always doing them proud. Only eight players have worn the shirt more.

Every club has a Steve Potts and there should be a statue of them outside each ground.

Only 84 players have made more Premier League outings than the French creative talent yet for all of his exquisite touches and imagination; for all of the times he delighted Craven Cottage, White Hart Lane and the Stadium of Light with his rare ability, Malbranque’s name still elicits the same response as when a long-forgotten childhood curio appears on television. 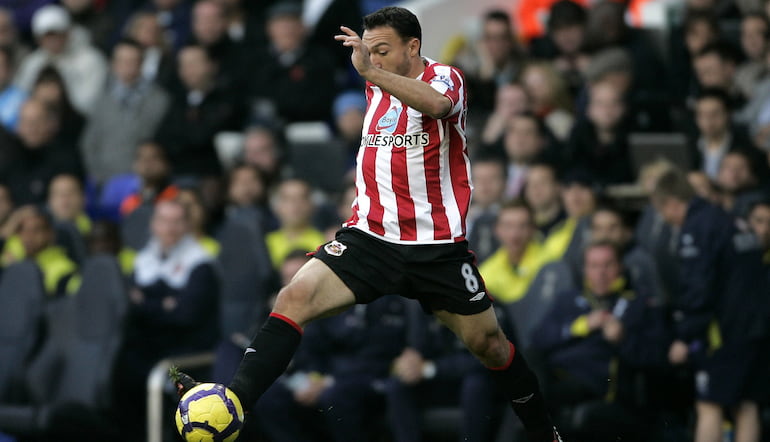 He is a footballing Furby. Steed deserves better than that. He was one of the best midfielders in Premier League history.

As his nominee on social media states, the Romanian was ‘one of the very best full-backs ever in the Premier League’ and though he is perhaps the most familiar of all the players remembered here, that pertinent fact is too often over-looked.

Instead, Gary Neville and Lee Dixon will routinely be praised when the role and its finest exponents are debated. Alternatively, its modern specialists are trumpeted.

But Petrescu was brilliant, and consistently so, excelling at the Bridge throughout a transformative era for Chelsea.

Not for nothing did the Bucharest-born star score 23 goals in the top-flight while it mattered too that, by virtue of his career path, he adorned some great retro football shirts.