Our list of the best golf video games of all-time - which golf game sits atop our rankings? 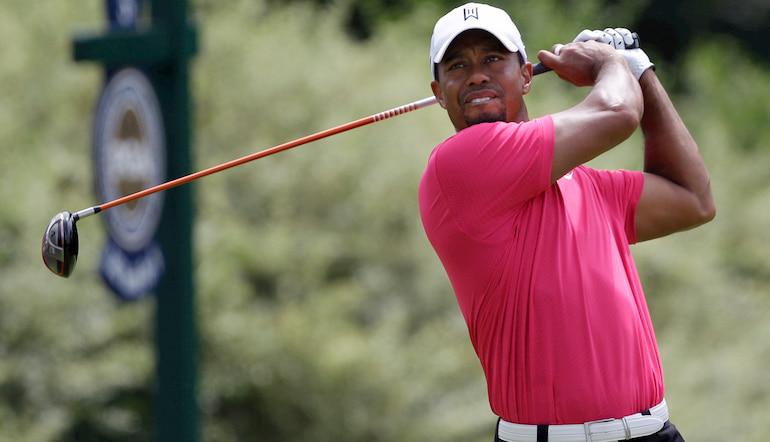 If you enjoy browsing golf betting odds on the Open Championship, chances are you will enjoy golf video games – and there have been some crackers over the years.

EA Sports have produced their fair share of golf games, with the Tigers Woods PGA Tour series sticking out in the memory. But we’ll get onto that franchise later…

Modern golf video games are more about realism and high-definition graphics than in years gone by. While you may not bet on The Masters odds due to a game, the latest golf video game can help enhance understanding of the sport.

We’ve looked at the best boxing video games, now it is time for the top golf games available to passionate gamers. Which golf video game is your favourite?

In 2012, EA Sports released Tiger Woods PGA Tour 12 and this took the franchise to the next level. An in-game caddy was introduced but more importantly, Augusta National was a playable course.

Digital analog control was enhanced, giving the user experience a much-needed boost. While nothing on today’s images, the graphics were a significant improvement on other golf video games.

In addition, legendary commentator Jim Nantz was added to the virtual commentary booth in ’12 – this game HAS to feature on any best golf video games list.

The Nintendo Wii was released in 2006 and it had a massive impact on the gaming industry, introducing motion controls and encouraging user interaction.

Wii Golf was released as part of the wider Wii Sports package and the golf game was a huge hit around the world – it is widely recognised as the best Wii Sports game.

Even if you’re not a big golf fan, you can enjoy Wii Sports, especially with shortcuts and secret landing places that enhance the entertainment value for newbies to golf.

While the Tiger Woods franchise is undoubtedly the dominant golf video game series, Links has a hardcore fan base of golf lovers that still enjoy this particular game.

Mod packages and Arnold Palmer Course Designer have helped to keep Links alive – which is testament to the impact Links 2003 had on the golf video game community as a whole.

The online matchmaking system was easy to use but critics point to playability issues, with the simulator experience falling short compared to the arcade/sim-hybrid style games.

The first Mario Golf was released during one of the best-selling video games eras and it was everything golf fans wanted – vibrant, goofy and exciting yet also realistic.

Fun for everyone, Mario Golf ticks all the boxes you want for a golf video game. In addition, most characters had specialised courses which only cements its status on this list.

A popular choice for the best golf video game of all-time, Tiger Woods Pro Tour 2004 was a significant release for the future of golf simulation games.

Developers had perfected digital analog swing control for this game and focused on adding licensed equipment and a real time events calendar that appealed to passionate golf fans.

To this day, TW ’04 is widely regarded as the pinnacle of golf video games. While it wasn’t the toughest Tiger Woods game in the franchise, it has a unique affinity with players that will never be matched.