How to pick the winner in the Sprint Cup at Haydock? We look at the race's history, previous winners and Sprint Cup trends ahead of this year's renewal... 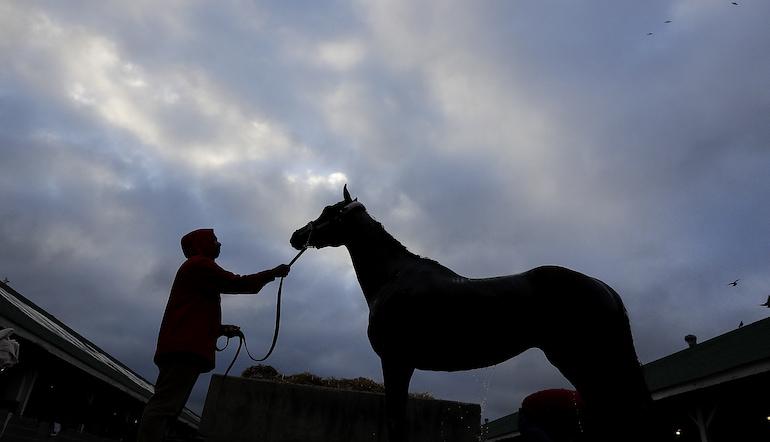 The first Saturday in September traditionally sees the Sprint Cup being run at Haydock Park, a race that features some of the fastest horses in Europe.

The race regularly attracts top sprinters with form in the July Cup, Commonwealth Cup and Diamond Jubilee Stakes, so it worth studying the results from those.

Be Friendly won the inaugural running of the race in 1966 and there is a statue in his memory right next to the paddock at the Lancashire track. Be Friendly registered back-to-back victories in 1966 and 1967 and is the only horse ever to do so thus far.

The Sprint Cup is steeped in history with Champions including classic sprinters such as the late Sir Peter O’Sullevan’s Be Friendly, Danehill and G-Force, and three times winning jockeys Lester Piggott, Pat Eddery and Willie Carson.

The fixture is usually covered by one of the terrestrial TV channels in the UK, so keep your eyes peeled for any ITV Racing tips that we post on this blog.

The Sprint Cup has always had big names associated with it, starting with Robert Sangster who devised the race in 1966.

The Vernon Pools magnet later became a successful racehorse owner and breeder himself and many older punters still refer to the race as the Vernons Sprint.

A Group 1 contest since 1988, the race is run over Haydock Park’s six furlongs straight course. Horses must be three years old or older to enter the biggest flat race of the season at the North West venue.

As we eluded to in the introduction, other famous names are Lester Piggott, Pat Eddery and Willie Carson, all of whom have won the race three times, but let’s not forget the equine stars.

One such horse was Regal Parade. Bought by trainer Dandy Nicholls for £16,000 as a three-year-old after being classed as “temperamental”, he won the 2009 renewal of the Sprint Cup and, overall, earned more than £500,000 in prize money for his connections.

In 2013 Gordon Lord Byron, who cost just 2,000 Euros, won his second Group 1 by landing this Haydock races prize, the first Irish-trained winner for over 40 years.

When Harry Angel won in 2018, he became the fourth successive three-year-old to land the race in what was a hot spell for that age bracket.

No jockey has won this race more than three times. That feat is shared by Lester Piggott, Pat Eddery, Willie Carson and Bruce Raymond.

Current jockey Oisin Murphy is hot on their tails with two victories, those being The Tin Man and Dream Of Dreams. Murphy is always a popular jockey in the horse racing betting wherever he rides.

Newmarket Trainer James Fanshawe often targets this race. He has taken the race twice in the last decade with Society Rock (2012) and The Tin Man (2018).

Sheikh Mohammed recorded a record fourth win in the race when Goodricke took the 2005 race. His Godolphin operation has also claimed the prize with Diktat (1999) and Harry Angel (2017).