The 10 Richest Horse Racing Events In The World

888sport countdown the most lucrative horse racing events on the planet - how many can you correctly predict? 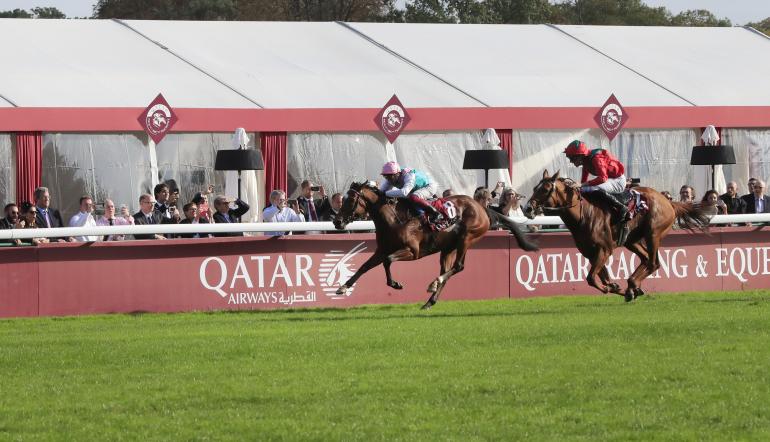 Horse racing is popular all over the world.

It may not be able to compete with the likes of football and cricket in terms of fans but it is certainly watched all over the globe and the big international races have a massive appeal to both enthusiasts and punters alike.

Let’s take a look through the top ten most valuable races in the world. These have been ranked in terms of the total prize purse on offer.

Also known as the richest race on turf, The Everest has a total prize purse of £10.35m and is run at Royal Randwick during the Sydney Spring Carnival.

It’s not your conventional race as the entry fee is enormous, coming in at around £478,000 to buy one of the twelve available berths.

In 2019, Yes Yes Yes was one of the last runners to secure a spot in the A$14 million race at Royal Randwick.

Not only did he win the race but as he smashed the track record in the process.

The Dubai World Cup provides a truly global stage upon which the best horses in the world come to compete each year - it is one of the year's biggest events for horse racing betting.

On March 28, 2020, the Dubai World Cup meeting will celebrate its 25th year with six Group 1 races and three Group 2s, including the feature race of the meeting-the $12million Dubai World Cup.

Much like The Everest, the World Cup requires shareholders to pay a £800,000 entry fee to purchase a position in the starting stalls.

The Pegasus World Cup, organized by the Stronach Group, has been in existence for only two years.

In 2019 City of Light ran away from the field to win the race at Gulfstream Park in Hallandale, Florida.

The Japanese Derby (Tokyo Yushun) is one of the greatest races on the Japanese horse racing calendar, and attendance figures on the day are usually around the 100,000 mark.

The race forms the second leg of the Triple Crown, after the Satsuki-sho (Japanese 2,000 Guineas) and the final race of the series in - the Kikka-sho (or Japanese St. Leger).

In 2019 Roger Barows, the 12th favourite in betting, came from behind in the final 500 meters to win the Derby and sprung a major surprise.

The Longines Breeders’ Cup Classic is run over 1 1/4 miles and draws the top international thoroughbreds year after year. It is open to horses three-years-old and older and is limited to 14 starters.

Vino Rosso, The four-year-old son of Curlin, finally put it all together to win the $6 million Breeders’ Cup Classic at Santa Anita this year.

Keeneland will host the 2020 Breeders’ Cup World Championships, which will mark the second running of the event at the venue- the last being in 2015.

The Prix de l’Arc de Triomphe is Europe’s richest Flat race and attracts fans and competitors from around the globe.

In 2019, Enable was denied the hat-trick by Waldgeist and for a few brief moments after the runners flashed past the winning post, a deathly hush fell upon the Parisian racetrack.

Two weeks later, her owner Prince Khalid Abdullah, announced that she would stay in training next season and that another attempt at a third Arc would be on the agenda.

Melbourne Cup Day is one of Australia’s most popular social and racing events. The racing takes place at the Flemington Racecourse in Melbourne, Victoria and more than 100,000 people usually attend on the day.

Vow And Declare was the first Australian-bred winner of the Melbourne Cup since Shocking in 2009 and connections picked up a cool $4.4 million, which was up from a flat $4 million last year.

In the Melbourne Cup, every horse finishing inside the top twelve takes home a share of the prize money.

The Kentucky Derby takes place in Louisville, Kentucky, on the first Saturday of May at Churchill Downs Racecourse and is the climax of the two week long Kentucky Derby Festival.

Maximum Security infamously lost the 145th running of the Derby in 2019 despite being the first horse to cross the finish line first, the first such loss in the race’s lengthy history.

Country House, who was awarded the race in the steward’s room, took home $1.86 million from a total race prize purse of $3 million.

The Derby is the oldest horserace on this list, dating back to 1780 and it is also the richest horse race in the UK with a prize purse of £1.6 million.

Compared to the rest of this list that amount seems somewhat puny in the grand scheme of things, but it is the honour and the prestige that is the endearing feature of The Derby- no amount of prize money can buy that.

The race takes place at the Epsom Downs Racecourse in Surrey, London on the first Saturday of June each year and is often referred to as the ‘Blue Riband’ of the turf.

In 2019 the Aidan O’Brien-trained Anthony Van Dyck collected a winner’s check for £921,537.50 for coming home first in this famous Classic.

The Grand National is not only one of the world’s richest horse races in terms of prize money but it is the biggest cash prize on offer in National Hunt racing.

With £1 million in total prize money promised again in 2020, it’s no surprise that the race will once again attract some of the best staying chasers in training.

The winner receives a whopping £561k – a life-changing amount for most horse racing owners.

The Gordon Elliott-trained Tiger Roll won the Grand National in 2018 and 2019 and will more than likely be going back to Aintree next April to try and pick up even more career earnings.