Top trends and statistics, trainer information and prize money for the Ballymore Novices’ Hurdle – the opening race on Day Two at the Cheltenham Festival 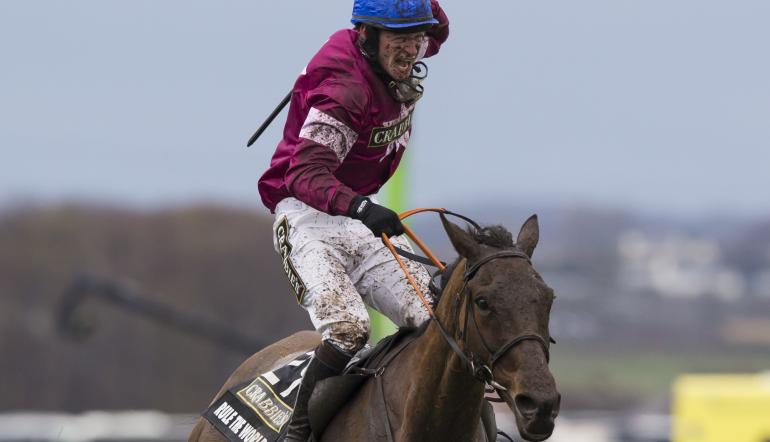 The Ballymore Novices’ Hurdle is the perfect race to kickstart Day Two at the Cheltenham Festival and it has been a good race for punters in years gone by.

With the likes of The New One, Faugheen and Samcro winning in the last decade, it may be wise to consider runners at the top of the Ballymore betting odds.

The race was founded in 1971 – meaning there are lots of trends, facts and statistics for punters to consider ahead of the 2020 Cheltenham Festival. Will Envoi Allen live up to the hype or will the Gordon Elliott star fall short?

The Ballymore is one of the Festival’s big betting races and that will be no different in 2020. Prior to placing your punts, check out the most important Ballymore trends below:

Not for the first time in our Cheltenham Festival trends series it is Willie Mullins who leads the way with four Ballymore winners.

His most recent success came in 2016 as Yorkhill romped to victory – could Asterion Forlonge fly the flag for the Mullins stable this year?

We’ve had five different winning trainers in the last five Ballymore Novices’ Hurdle renewals but Gordon Elliott will be confident of ending that run this year.

With £125,000 up for grabs in the Ballymore Novices’ Hurdle prize fund, it is worth placing primary emphasis on the race.

Colin Tizzard’s novice hurdlers have been outstanding this season – could one of his runners claim victory for the stable on March 11th?

Trial Races To Follow Ahead Of The Ballymore Novices' Hurdle

The best trial race for the Ballymore Novices’ Hurdle has been the Deloitte Novices Hurdle at the Dublin Racing Festival.

In 2020, the Willie Mullins-trained Asterion Forlonge secured a convincing success at Leopardstown, beating Easywork and stablemate Mt Leinster. Will he line up here or in the Supreme Novices’ Hurdle? Only time will tell.

Harry Senior was first past the post in the former on Festival Trial’s Day while Mossy Fen claimed victory in the Warwick race back in January. Keep an eye on both horses in the Ballymore Novices’ Hurdle declarations.

The clock is ticking – we are less than FIVE weeks away from the 2020 Cheltenham Festival. Here are the latest Ballymore odds available with 888sport:

2019 Champion Bumper winner Envoi Allen has been touted as one of the horses to watch at this year’s Cheltenham Festival – he is one of the shortest priced favourites of the week.

888sport is the place to be for everything Cheltenham and punters should follow our horse racing tips ahead of what will hopefully be a profitable week. Good luck with all of your 2020 Cheltenham Festival bets!