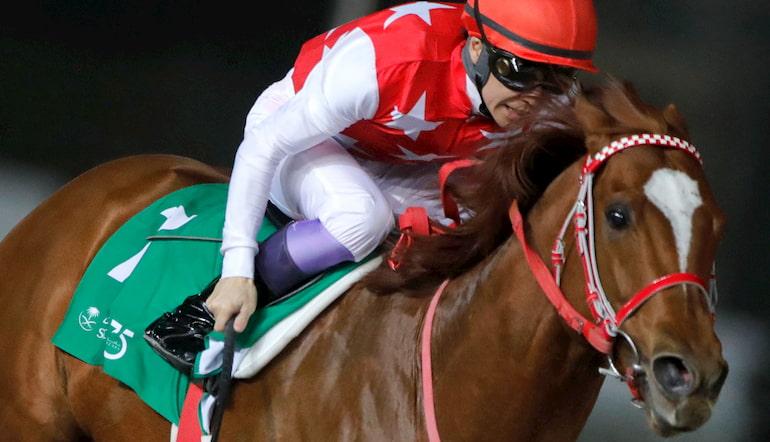 For me, there is no real standout in this race. SAMCRO (6/1) was travelling well when falling against Fakir D’Oudairies at Fairyhouse before struggling at Limerick on Boxing Day. His win in the 2018 Ballymore Novices’ Hurdle shows he can perform at Cheltenham though.

Gordon Elliott will have Samcro primed to go close in this race. He will need a bit of luck but he has a live chance of claiming a second Festival victory.

ANNIE MC (20/1) is worth an each way punt in an open race. Officially rated 145, she gets the seven pounds mares’ allowance and could run into the places.

RELEGATE (7/1) has been the subject of a heavy gamble in the last few weeks and it is easy to see why. The 2018 Champion Bumper winner gets in off a favourable mark of 137 and he could be the one to beat.

His seasonal reappearance after 382 days off the track was very promising indeed and trainer Colm Murphy will be quietly confident of a big run.

Meanwhile, SKANDIBURG (10/1) has been progressive this season. He tends to find plenty off the bridle and a speedy race should suit the Olly Murphy runner down to the ground.

Frodon and Min are tough opponents but A PLUS TARD (2/1) has a massive engine and he can secure his second Cheltenham Festival success in as many years. With the talented Rachael Blackmore in the saddle, everything points towards a huge effort.

He got the better of Champion Chase contender Chacun Pour Soi at Leopardstown over Christmas and can cement his status as a top-class chaser.

RIDERS ONTHE STORM (8/1) is the each way pick here. It is impossible to look past the top four in the betting and we could see the Nigel Twiston-Davies runner in contention as they enter the final furlong.

Arguably the banker of the meeting, PAISLEY PARK (4/6) is expected to defend his Stayers’ Hurdle crown. Emma Lavelle’s stable star has had a quieter campaign this time around, with just two runs in the build-up to the Festival.

Paisley Park has won his last seven races and it would be foolish to back against him making it eight in a row on Thursday afternoon.

EMITOM (9/1) got back to winning ways at Haydock last time out and he could be the each way play. We know he gets the trip and trainer Warren Greatrex will be hoping to finish in the places.

Should Imperial Aura run well on Tuesday, SIMPLY THE BETTS (8/1) is well worth a punt to go and win the Brown Advisory. He has been raised nine pounds for beating the Kim Bailey runner at Cheltenham in January but should cope reasonably enough.

Simply The Betts ticks all the right boxes to succeed at the Festival and he is undoubtedly Harry Whittington’s best horse racing betting chance of the week. I am a huge fan of the form line with Imperial Aura and Simply The Betts should go close.

LA BAGUE AU ROI (12/1) has been some way below her best form this year but she has the class to bounce back on the big stage. 12/1 is a fair enough each way price in this race.

FLORESSA (6/1) travels like a dream throughout her races and Nicky Henderson’s mare must go close. She was well beaten when stepping out of novice company at Doncaster but showed her ability to compete with 150-rated Lady Buttons.

We could see Floressa travelling best of all turning the home bend and Henderson will be quietly confident of a first Mares Novices’ Hurdle success.

Lamarckise was once touted as Willie Mullins’ leading hope for this race but DOLCITA (7/1) can follow in Laurina’s footsteps by winning for the same owners. Mullins has a great record in the race and she could bounce back after disappointing at Fairyhouse.

It seemed like every man and his dog were backing Glenloe for the Kim Muir but the Gordon Elliott runner will miss the Festival after suffering an injury. However, stablemate MILAN NATIVE (12/1) could be the one to watch in Thursday’s curtain raiser.

Elliott himself has claimed that Milan Native is his NAP of the week and he gets into this race off a very favourable weight.

KILFILUM CROSS (14/1) is another horse with huge potential. With just 13 runs to his name, he is still relatively unexposed and could give trainer Henry Oliver a surprise Cheltenham Festival success.