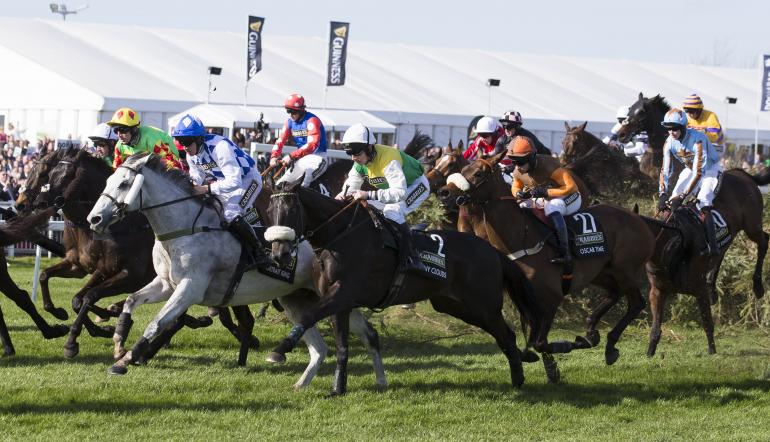 The Cheltenham Gold Cup is the blue riband race of the National Hunt season. With four days of exhilarating horse racing action, it all builds up to Friday’s showpiece event and the 2020 renewal could be very special indeed.

So often the highlight of the week, winning the Gold Cup is a dream for jockeys, trainers and owners around the world. Here, we look at the biggest Cheltenham Gold Cup trends and statistics for punters to consider ahead of the 2020 Cheltenham Festival.

As is the case with every race at the Cheltenham Festival, there are a few important trends that punters must note. Here are some of the biggest Gold Cup trends to follow:

The legendary Tom Dreaper is the most successful trainer in Gold Cup history with five winners but Paul Nicholls is breathing down his neck with four successes, most recently in 2009. Clan Des Obeaux will be flying the flag for the Nicholls stable in 2020…

Willie Mullins finally got off the mark in the Cheltenham Gold Cup at the 26th attempt in 2019 as Al Boum Photo recorded a famous success.

However, Nicky Henderson is the second-most successful active horse racing trainer with two Gold Cup wins, with Bobs Worth claiming victory back in 2013.

According to figures for the 2019 Cheltenham Festival, the total prize fund available for the Gold Cup was £625,000.

With approximately £350,000 going to winning connections, it is one of the most lucrative races in National Hunt racing.

Trial Races To Follow Ahead Of The Gold Cup

The King George VI Chase at Kempton Park is usually a good indicator for the Cheltenham Gold Cup. While Cheltenham and Kempton are completely different, six winners of the Boxing Day feature have gone on to win the Gold Cup at the Festival. Could that mean Clan Des Obeaux is first past the post in 2020?

Over in Ireland, the Irish Gold Cup has been an excellent race for Cheltenham trends as well in recent times. 11 horses have placed after running in this race, with two of those winning the Cheltenham Gold Cup at the Festival. All eyes will be on the Dublin Racing Festival for that race in early February…

Finally, the Denman Chase is another race well worth following ahead of the Gold Cup. With four winners and eight others placed, the Denman Chase at Newbury is one to follow ahead of the 2020 Cheltenham Festival. It will be interesting to see how many of the top British-trained horses will turn up in that race.

888sport are now Non-Runner No Bet on the Cheltenham Gold Cup and the betting markets are beginning to take shape. Here are the market leaders:

With less than two months to go until the Cheltenham Festival, time is running out for horse racing fans to place their ante post Gold Cup bets.

Luckily, our horse racing writers will be here in the build-up to March’s meeting to provide their expert insight into the Cheltenham Gold Cup. Good luck with all of your Festival bets!