Our horse racing expert looks at four of the main reasons why sport fans love the Grand National! 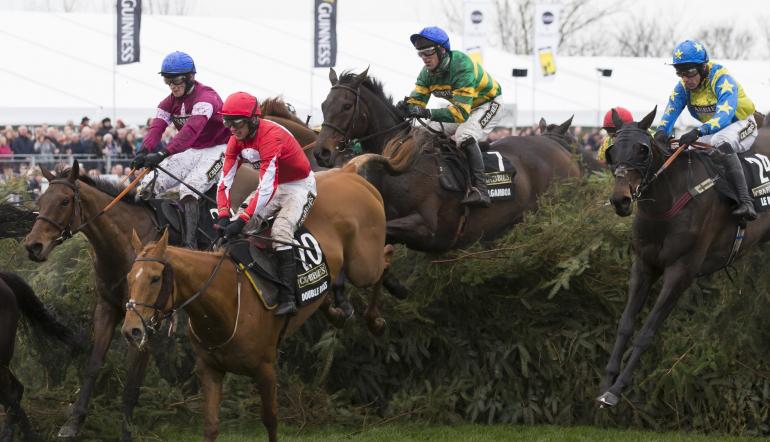 The Grand National is watched by some 600 million viewers around the world and when bets totalling £150 million pounds are wagered on the greatest steeplechase on the planet, it’s easy to see why the global audience is captivated by the Aintree spectacle.

So what makes the Grand National so special to people? Well, the list is endless but I am going to pick out four personal reasons why the race has captivated my heart over all these years.

Few horses have captured the imagination of the British public like Red Rum and decades after his retirement he is still revered by many.

Ginger McCain trained Red Rum on the sands at Ainsdale beach in Merseyside. It was found that “Rummy” had a debilitating bone disease in his foot and McCain was a great believer in the therapeutic qualities of the shallow salt water so he was exercised and put him through his paces there.

Red Rum, believe it or not, actually had a flat race pedigree but his talent lay in jumping fences. His power, speed and raw ability carried him to his first Grand National victory in 1973. The very next year he returned to do it all over again.

In the following two years, Red Rum finished runner-up both times. When he returned for another crack in 1977 he was regarded by many as past his prime.

As a 12-year-old it was believed that he an unassailable mountain to climb, but he silenced all the critics when he came home a remarkable 25 lengths ahead of his nearest rival, taking his third Grand National win and writing himself into the history books.

Tiger Roll’s current Grand National journey is understandably evoking memories of Red Rum’s record, and fans of the race are once again excited that history may well be repeated in 2020.

Would a Tiger Roll three-timer challenge Red Rum’s legendary status in any way? I wouldn’t think so. He will always be the original and the best.

It’s a story that brings a lump to your throat but it is also a moment that will be etched in the Aintree annuls for all time.

Naturally there was barely a dry eye in the house when the 1981 champion came home in front.

The horse was Aldaniti and riding him was Bob Champion who two years prior to the race, was given just eight months to live.

The jockey had been diagnosed with cancer a at the age of 32, but trainer Josh Gifford told Bob that his job would still be waiting for him, which gave him the focus to battle through the chemotherapy sessions.

The story was made into a film, called “Champions”, in which John Hurt played the role of Bob Champion, and Aldaniti of course played himself – well who else?

When Aldaniti died in 1997, Champion said: “He helped me so much in my fight against cancer and even before I was ill he was a fabulous horse to be associated with.

“I will never forget the day we won the race. It was lovely sunny weather and I was lucky enough to be on the best horse in the race.

"He made a mistake at the first but after that he jumped great and gave me an armchair ride. He was a good racehorse and I’ll miss him terribly.”

What I really love about Aintree is the challenge of the Placepot. Like all big meetings and festivals it tends to amass a massive pool  each day, especially Grand National day - and there’s nothing better than gaining a share of it.

Back in 2010, Sue Podesta and her best friend Erin O’Neill went to Aintree for Ladies Day and placed a £20 Placepot bet between the pair of them.

The ladies picked the horses purely on their names. In the first leg they won with General Miller at 7/1, got a place in the second with Dance Island at 33/1, followed by a win with Albertas Run, 8/1, placed in the fourth race with Scotsirish, 14/1, and again with Western Leader, 5/1, and finished off the last leg with the winner, Ringaroses at 10/1.

Random picking certainly paid its way on this occasion. According to Sue: “We went for names we liked and the colours the jockeys were wearing” as they tiptoed their way through each leg.

“It was only when we handed in our ticket and the woman looked at it and said ‘I’ll have to get a supervisor’ that we realised we had won so much.

It appears Aintree Ladies Day is the luckiest day to be involved in the Placepot because in 2016 a shipyard worker from Walney in Cumbria scooped £49,734.50 for a £5 stake.

Paul Wrathall picked six horses that were placed in the first six races of the day to land the bumper dividend on his first ever visit to Aintree.

When his horse Fairy Rath (selected because Rath is part of his surname Wrathall) – placed second in the fifth race, his friend went to find out what the return would be if he managed to get through leg six.

I first started to take notice of the Venetia Williams-trained Mon Mome is the 2005/06 season when he finished second in the Kim Muir and then he won at Aintree in the race run straight after the Grand National itself – won incidentally that year by Numbersixvalverde. I was convinced at that point that he could be a future National winner himself.

After he could only finish 10th in the 2008 version I was beginning to have my doubts about his long term chances, but I decided I would stick with him. I thought with the right race planning he could be a contender once again in 2009.

Lunch hour bets in the bookies shop near my work consisted of 50p each-ways here, £1 wins there, and my antepost slips consisted of prices ranging from 33/1 to 50/1. I built up quite a portfolio on him along with one or two other runners intended for the race.

The 2008/2009 season started off well for the Vida Bingham-owned gelding, but his form dropped off again a little, and I was somewhat mortified when he was entered for the Midlands National where he finished a tailed-off 8th of the eight finishers. I really thought that contest could bottom him.

Again, I thought my goose was cooked when it was revealed that Aidan Coleman would ride Williams’ other National runner Stan, and that Liam Treadwell, who had never won on him, was going to be taking the ride.

Well, it all mattered not as Mon Mome came home a strong finishing 12-lengths winner at the ridiculous odds of 100/1. I didn’t get a single penny of that price as all my dockets had been placed between January and March, but I wasn’t complaining – it was the best feeling ever!

Horse Racing
Aintree Racecourse
About the Author
By
Steve Mullington