How To Watch Horse Racing In The United Kingdom & Ireland 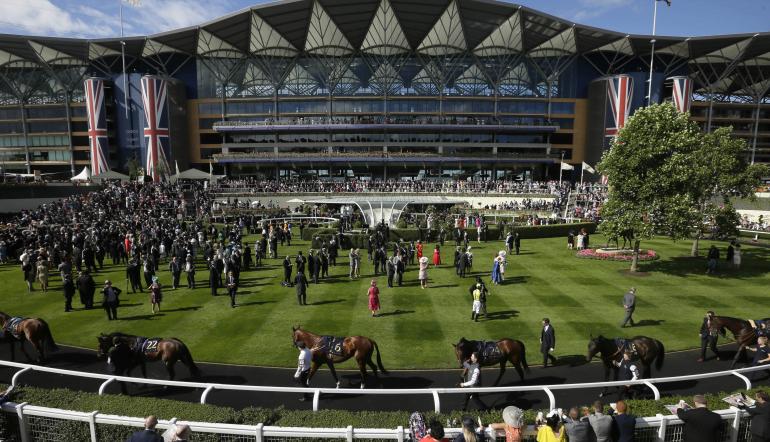 Horse racing coverage from the UK and Ireland has never been more accessible than it is now and there are numerous platforms that you can watch it on.

Whether you’re a domestic or an overseas viewer, there is always an easy way to watch your favourite equine stars in action, wherever you are in the world.

Let’s take a look at some of the most popular places to watch horse racing online.

Formerly known as Racing UK, Racing TV came into being on January 1st 2019 after the channel extended its portfolio to include racing from all 26 Irish racecourses.

Racing TV broadcasts live racing from 61 racecourses which equates to over 70% of all the racing from Britain and Ireland.

Such extensive coverage means that the channel now shows nearly 90% of all Group and Graded races. Each track has its own dedicated live stream available on Racing TV Extra which is a key feature of Racing TV’s digital platform.

Racing TV is available to Sky and Virgin customers in Ireland, and Sky, Virgin, Freeview / YouView customers in Britain.

Racing TV International is the same service, but for international viewers. The channel is a working collaboration between SIS (Sports Information Services) and the Racecourse Media Group.

Many will remember this station as At The Races, but Sky Sports gave it a rebrand in January 2019 and added it to their group of dedicated sports channels.

The channel is now broadcasting in HD for the first time and is produced from the Sky Studios in West London.

There is live coverage of over 650 fixtures in the United Kingdom as well as highly exclusive international race meetings, including those from France, Hong Kong, Australia and the USA.

In March 2019 both Chester and Bangor-On-Dee came under the Sky Sports Racing umbrella after Sky signed a 10-year deal with the Chester Race Company, who manages both of the venues.

Chester’s showpiece meeting is the May Festival which in recent years has seen the subsequent winners of the Derby, Oaks, King George VI and Queen Elizabeth Stakes and the Prix de l'Arc de Triomphe all tasting success on the Roodee.

Attheraces.com remains the digital partner to Sky Sports Racing, providing a range of data to complement the racing channel.

The website and app offers viewers an on-demand service of full programmes and highlights clips as well as there being a live video subscription option too.

In January 2016, it was announced that ITV had bought the horse racing rights from Channel 4 to broadcast live pictures on terrestrial television, with a start date of January 1st 2017.

This isn’t the first time that ITV has been involved in horse racing coverage. From 1969 to 1985, ITV had been on the airwaves showing live horse racing through programmes such as “They’re Off” through to the “ITV 7”.

In addition to their racing coverage on ITV, the organisation always runs a programme called “The Opening Show”. Essentially it is a magazine show accompanying coverage of the horse racing.

It is generally presented on-site from the main course each Saturday, with additional weekday programmes during the big festivals such as The Cheltenham Festival and Royal Ascot.

On the subject of Royal Ascot, in figures released shortly after the meeting in June, ITV's average audience rose by 19 percent compared to last year, as across the five days around 850,000 viewers are said to have tuned in.

The audience total was an upgrade of 58 percent to that of Channel 4's broadcast back in 2016, highlighting how much the channel are bringing racing into people’s living rooms.

Referring back to ITV Racing's jumps season coverage earlier in the year and the viewing statistics have shown an increase of 14 per cent year on year, with the average viewing figures across ITV and ITV4 rising by 81,000 per broadcast for jumps meetings for the months October through to April.

Overall ITV's coverage across both its main channel and ITV4 reached 16.5 million people, representing an increase of 1.3m viewers (8%) compared to the previous jumps season.

Figures for April's Grand National rose by more than a million viewers, with a peak of almost 10m tuning into for world’s greatest steeplechase.

Of course you can watch any race that you have a horse racing betting wager on here on our website.

We now stream the action from every single one of Britain and Ireland’s 85 racecourses, meaning you never have to miss out on watching a race again.

For as little as a £1 stake per race, you can watch all the top flight action from all the racecourses on both sides of the Irish Sea, including fantastic venues such as Cheltenham, Ascot, Aintree, Kempton, Leopardstown, Punchestown and The Curragh. We have every race covered!

To watch a race is really simple, all you have to do is have a bet of £1 or 50p each-way and then you can sit back, relax and watch how your selections get on.