Top trends and race statistics, trainer information and prize money for the RSA Novices' Chase - who will emerge victorious at the 2020 Cheltenham Festival? 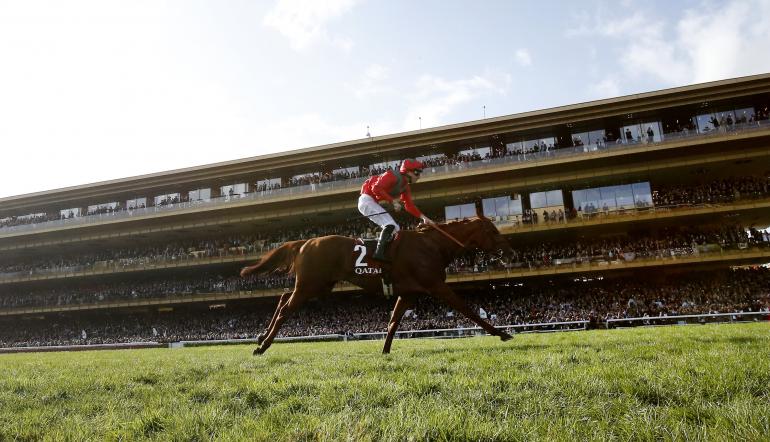 The RSA Chase is one of the biggest horse racing betting events at the Cheltenham Festival, with the best novice chasers competing over three miles.

Often viewed as a stepping stone for next year’s Cheltenham Gold Cup, the RSA Chase is a race that every trainer, owner and jockey wants to win.

The race was first held in 1946 and it has been an ever-present at the Cheltenham Festival in all but two of the last 73 years. Here, we take a look at some of the most important RSA Chase pointers from the last 20 renewals of the race.

Statistics and trends are crucial when planning your bets ahead of the Cheltenham Festival – here are our favourite RSA Chase trends going into the 2020 meeting:

Top Trainers For The RSA Chase

Willie Mullins and the legendary Fulke Walwyn lead the way with four RSA Chase winners apiece ahead of the 2020 Cheltenham Festival.

Allaho and Easy Game could fly the flag for the Mullins yard this year but will they come out on top at Prestbury Park?

In recent times, Nicky Henderson and Paul Nicholls have also had plenty of success in this race.

The top two UK trainers have combined for six RSA Chase winners since 2004, with the likes of Denman, Bobs Worth and Might Bite claiming the three-mile novice chase.

According to figures obtained by Racing TV, the total prize money allocated for the 2020 RSA Chase is £175,000. Champ is currently favourite to claim victory for trainer Nicky Henderson but will the JP McManus runner live up to the hype?

Trial Races To Follow Ahead Of The RSA Chase

The Dublin Racing Festival is starting to offer us more clues on some of the big Cheltenham Festival races and the Flogas Novice Chase has been a key trial for the RSA Chase in recent years.

In fact, five Cheltenham winners previously won that race at Leopardstown – all eyes will be on Faugheen if he lines up after his success earlier this year.

The key British trial race has been Ascot’s Reynoldstown Chase in February. At the time of writing, the declarations for that race have yet to be made but some of the RSA Chase market principles are expected to feature.

Three of the last 20 RSA Chase winners have had a prep run in the Reynoldstown Chase despite Ascot being a right-handed racecourse.

Although not an exact science, running at Leopardstown immediately before heading to the Cheltenham Festival has been beneficial over the years.

Six horses went on to win the RSA Chase while eight more were placed in the race from 43 runners; a statistic that is worth bearing in mind ahead of the 2020 Festival.

We are now five weeks away from the 2020 Cheltenham Festival, the RSA Chase market is starting to heat up. Here are the latest Festival odds available with 888sport:

Excitement is growing ahead of this year’s Festival and the RSA Chase could be one of the highlights of the meeting.

888sport is the place to be for all of the latest 2020 Cheltenham Festival betting news and tips – and we are now Non-Runner No Bet on FIVE of the biggest races at Prestbury Park!