Kylian Mbappe net worth figures are staggering. The Frenchman is one of the highest paid players in the world but how much is Kylian Mbappe wealth? 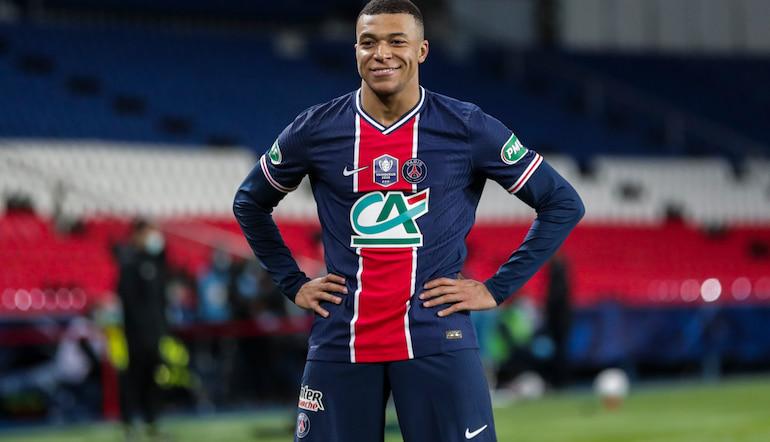 Kylian Mbappe has already had a significant impact on football betting worldwide.

A World Cup winner, a multiple champion of France and one of the sport’s biggest stars, Mbappe is destined for greatness. Some would argue he’s already there.

From Champions League odds to FIFA 21, Mbappe is a face of football. He’s as recognisable as they come. He has drawn comparisons to all-time greats, including Thierry Henry and the Brazilian Ronaldo.

How Much Is Kylian Mbappe Worth?

Mbappe’s standing in the game cannot be overstated. He provides constant reminders of his talent, underlined by his blistering pace.

The Frenchman is arguably the fastest football player on the planet. Defenders aplenty have been left in his wake, unable to stay in the frame as Mbappe surges through on goal.

He is as valuable off the pitch as he is on it. Marketers love Mbappe, and he’s plying his trade in one of the world’s most glamorous cities alongside another superstar in Neymar.

Here’s everything you need to know about Kylian Mbappe.

Kylian Mbappe’s net worth is $95 million, per Celebrity Net Worth.

Mbappe’s salary of $28 million might sound enormous, but it’s less than several other megastars. Maximum NBA contracts are bigger, for instance, and top NFL quarterbacks can pocket far more.

Essentially Sports lists Mbappe’s main endorsements as Nike and EA Sports. There will be more about the latter later in this article, but the partnership with Nike is obviously a lucrative deal for the French phenom.

Nike works with many of the world’s biggest athletes. In football, though, Mbappe is one of their marquee names. He features alongside Harry Kane, Cristiano Ronaldo and Zlatan Ibrahimovic.

Lifting the World Cup trophy at a young age, and becoming one of the costliest footballers ever, everything to do with Kylian Mbappe is sought after. This extends to Mbappe cards. His rookie card has been the centre of attention.

Mbappe rookie cards have become an investment. Those graded and in perfect condition will go for thousands of pounds. The card market has taken off in recent years, and Mbappe’s rookie cards are at the epicentre of it.

From Topps Chrome Champions League editions to Panini Prizm World Cup, Mbappe cards have become valuable property. It might be a good time to look through those cards you’ve left lying around the house…

Kylian Mbappe and Liverpool have been linked relentlessly over the last year or so. Liverpool’s struggles in 2020/21 have only increased such speculation.

While frugal for the most part, Liverpool could look to make a big splash in the upcoming transfer window and signing Mbappe would be the biggest move of all.

Recent reports suggest a move is unlikely, however. While Liverpool and Real Madrid are interested, PSG are planning to offer Mbappe a new contract worth over $35 million per year. This is believed to be considerably more than Liverpool or Real will offer.

Mbappe may remain a pipedream for Liverpool fans. The links are unlikely to vanish, however, particularly with the Frenchman openly stating he is considering his future.

He said, “I want to think about what I want to do in the coming years, where I want to be, and that is now I will be reflecting on it. I think that yes, I will have to soon make a decision. But for now I am in deep thought.”

He might only be 22 years old, but Kylian Mbappe has already posted some jaw-dropping stats. Since joining Paris Saint Germain in 2017/18, Mbappe has scored 84 Ligue 1 goals in 101 appearances.

His career record in Europe is every bit as bonkers. With 19 goals in 33 European outings, records are tumbling at a prolific rate.

The rivalry with Erling Haaland is very real – the pair are putting up outrageous numbers already, and bypassing all-time greats in the Champions League goal scoring charts.

Since debuting in 2017, Mbappe’s eye-popping pace and clinical finishing has been terrorising defences on the international scene.

It took five caps to get his first goal in a 4-0 drubbing of the Netherlands, but he’s gone from strength to strength since then, including a brace against Argentina in the World Cup.

Kylian Mbappe is the nightmare opponent on FIFA 21. Rated as a 90 with 96 pace and five-star skill moves, he is close to impossible to defend against.

Mbappe is the dream card for many FIFA players, and being French means he links with well with other favourite FIFA players like Paul Pogba, N’Golo Kante and Karim Benzema.

The base rated 90 card isn’t the only one to worry about for FIFA 21 players, though. There are other versions of Mbappe on the game, including a 97-rated Team of the Year edition with 99 pace, 96 shooting and 98 dribbling.

Not every star in real life is a highly desired card on FIFA 21. Mbappe most certainly is – his combination of skills, pace and finishing makes him arguably the most effective card on the game.

With earnings north of $33 million per year, Kylian Mbappe ranks in the top 40 in the highest-paid athletes in the world. Around $20 million of that income, per Forbes, is a direct result of his PSG contract.

Mbappe is in line for a pay rise. PSG have offered a massive wage increase to try to keep him at the club. If that doesn’t work out, he’ll likely sign for well over $25 million per year with another of Europe’s megaclubs.