What Are The New Olympic Sports At Tokyo 2021?

Five new sports will feature on the Tokyo 2021 Olympics schedule. From karate to surfing, we look at the new events in Japan... 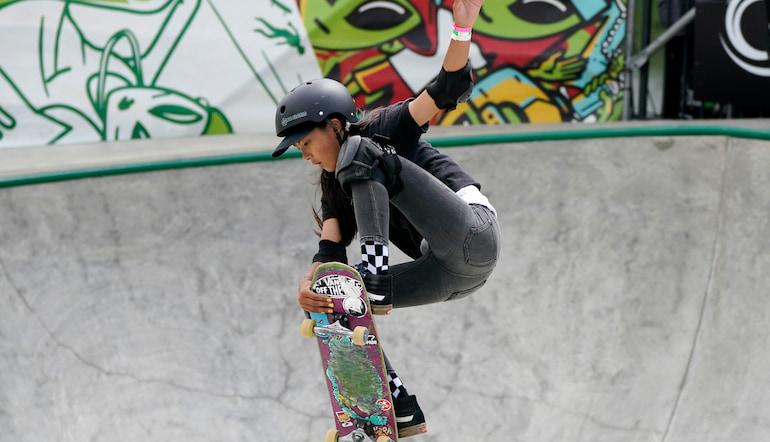 Much to the delight of sports betting fans around the world, the Tokyo 2021 Olympics is finally here.

Everyone has their favourite sports and events when it comes to the Olympics but there are several new additions to enjoy in Japan this summer.

The International Olympic Committee has added five sports to the Tokyo 2021 programme in a bid to appeal to younger audiences going forward.

With 34 new events added to the Olympic schedule, the Tokyo Games will offer sport fans a fresh insight into how future Olympics may look.

Without further ado, it is time to take a look at the newest Olympic sports included at Tokyo 2021, starting with a Japanese favourite, karate.

Originating on the Japanese island of Okinawa, two disciplines of karate will feature at Tokyo 2021 – Kata and Kumite.

Kata is a solo discipline, with competitors judged on a series of pre-approved offensive and defensive moments.

Meanwhile, Kumite is a combat discipline and sees athletes battle in a three-minute bout. There are three different weight classes and points are awarded for technique.

60 athletes will compete in the Kumite discipline while 20 feature in Kata. Both events will have an equal split of men and women competing respectively.

If you’re looking at betting on karate at the Olympics, Ryo Kiyuna is a three-time Kata world champion and she will be well fancied on home soil.

Two skateboarding disciplines will be contested at Tokyo 2020; street and park. Competitors perform individually and are ranked based on difficulty level and originality of routine.

Street skateboarding sees athletics tackle obstacles, using each section of the course to put on a show of skills and tricks during a strict time limit.

A total of 80 athletes will compete at Tokyo 2021 in four medal events, with men and women taking part in both skateboarding disciplines.

Team GB starlet Sky Brown is a contender in the women’s park and she will become Britain’s youngest ever summer Olympian in Tokyo.

There are three climbing disciplines on the new Olympics sports schedule – speed, bouldering and lead.

In speed climbing, two athletes climb a 15m-high wall on identical routes. The aim is simple: first to the top wins.

Bouldering is trickier, with climbers completing various routes in as few attempts as possible on 45m-high structures.

Finally, lead climbing is like indoor climbing in the UK. This event sees athletes climb as high as possible within six minutes on a 15m wall.

Six-time world champion Janja Garnbret is expected to win gold for Slovenia in the women’s event – any Olympics betting tips guide worth its salt will tell you that.

100km away from the Olympic Stadium in Tokyo is Tsurigasaki Beach, the venue for the first Games with surfing on the Olympics schedule.

Athletes will compete in 30-minute heats, attempting to catch as many waves as possible but only the two highest-scoring waves are counted in the scoring.

With no two waves identical, five judges will assess performance using a five-point system based on difficult, innovation, speed, power and flow.

The surfing Olympics competition is a knockout format, though no one will be officially eliminated in the opening round. There is a repechage-style round for the lowest ranked surfers.

Early heats feature four or five surfers at any one time but surfing becomes head-to-head from round three onwards. 20 men and 20 women will compete at Tokyo 2021.

Baseball and softball were Olympic sports in the past but this is the first time they appear on the Olympics programme since Beijing 2008.

The aim of both sports is simple: score the most runs from hitting the ball, either by hitting a home run or running around bases to home plate.

The main difference is the pitching, with baseball pitchers throwing overarm and softball bowlers throwing underarm.

Both sports begin with a round-robin format, before baseball progresses into a knockout format and softball moving directly to medal matches.

There are six teams in each sport but Team GB will not be represented in either event – men will play baseball and women will play softball.

With the Major League Baseball season clashing with the Olympics, most of the sport’s top names will be absent at Tokyo 2021.