Fantasy Sports And Sports Betting Across The Globe

Joe Arauckas gives his view on on the global entertainment of fantasy sports and betting... 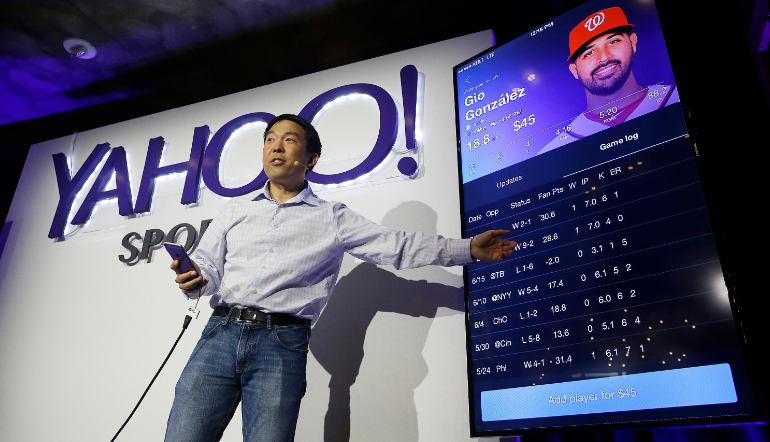 As I search for any related subject to sports I find so many different things that we can talk about.

Last week I was making a list of potential articles to publish here and sometimes the two most difficult things are narrowing in on the subject and then of course just getting started.

So while I was thinking I realized that it was Saturday afternoon and I remembered that in week 16 of the NFL there were three games played on Saturday, that was when I thought I need to stop thinking about my article and take a good look at my Football Fantasy team that was playing in the finals.

Thats right, after years of playing Fantasy Football two different teams and two different leagues every year with people living all over the world I finally reached the pinnacle, the finals.

The funniest thing about it was that I had the unexpected surprise that I was playing against my 16 year old niece that really has no idea about the NFL even though she is a cheerleader for the Atlanta Hawks, but in the NBA not the NFL.

So that is when I decided there is the perfect topic, Fantasy Sports, what could be better.

I was first introduced to fantasy sports almost 30 years ago when my brother-in-law would come home every night from work and if I was visiting he would walk straight into the house barely say hello and begin to get his Fantasy Baseball Team lineup all set for that night.

I will be honest, I thought he was crazy, he was obsessed with making sure his team was set and if you are not aware of Major League Baseball they play 162 games in a season so this is a nightly chore that was almost as important to him as his real job.

Now I do want to talk bad about Fantasy because it really is a lot of fun, and now there are so many different ways to play that the options are endless.

Was he addicted, yes, did I think he was crazy, yes. It took me a long time after to being to open my eyes to fantasy sports and the array of possibilities that those leagues bring.

In my case when I finally broke down and joined my first league with a bunch of American guys in Madrid it was also a way to keep in touch with friends.

There are no boundaries and you can make your leagues with friends from all over the world, with family that live in different cities or countries and even just get on line and join a league with a bunch of strangers.

Fantasy sports keep me in the game, the dynamic of basically owning a team and having to manage this team through injured players, scheduling, matchups with other teams is so exciting.

It actually makes you feel like you are the General Manager of a sports team and need to be part of the day by day happenings with your players.

The draft selection is always a fun time to either meet up and have a draft party with everyone in the same room or bar, and even the ability to join a draft from far away via Skype or FaceTime.

Almost every sport has a different fantasy format and the time invested obviously changes between the sport.

As I said baseball with a 162 game schedule is a day to day almost full time responsibility while NBA basketball is 82 game seasons and day to day also with the fact that you will need to know about players health, travel time, back to back playings nights etc.

The option of Euroleague Basketball gives you more time because the schedules are not as compact except for the occasional double weeks that they play.

The latest and possibly the most fun is called DSF or Daily Sports Fantasy. This type of game has even taken things to the next step, the gambling part which even makes it more interesting.

This gives you option to play when you want, you can pick different players and make different teams depending also on injuries, matchups and travel.

The best part of this for example is you do not need to worry about your number one draft pick for the season going down to injury and possibly ruining your year from the first week of the season like David Johnson from the Arizona Cardinals did to me just a couple of years ago.

In DFS you change your team on a game by game basis. You actually have a team salary cap and get to spend it on the players you want as long as you stay under that cap.

It is extremely exciting and over the years has grown to the point where some people try to make a living by doing it. As in gambling, there are only a few lucky ones but if you hit a big jackpot you can win a lot of money for a much smaller investment.

As you can see there are so many options to this Fantasy world, I even have friends who play in Dynasty leagues and those leagues go on forever.

You draft a team and that is your team forever while you make the necessary changes from year to year but pretty much keep the same team.

This past season was his 15th year playing with his team. The draft each year is exactly like the NFL and depending on where you finished the season determines the draft order.

You can trade a player for draft position and act just like a GM that you always wanted to be just like you see in the NFL just before the draft or even after someone made a selection and you wanted that player the possibility of trading for that player also exists.

So there you have it, a quick look into the world of fantasy. Think about it, choose wisely between your life job and fantasy team and enjoy the feeling of being your own General Manager.

Oh yeah, one thing, if you start to believe that you are better than everyone else that is when you will realize that your 16 year old niece just beat you in a two game final and she lets everyone in the league know by writing a sweet little reminder note that goes out to all the GMs in the league forum page where sometimes young people should not be because it can get pretty nasty.