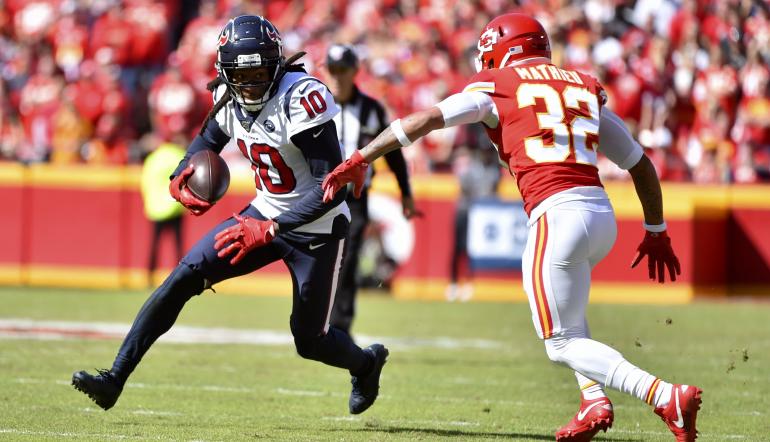 Wembley Stadium is a home from home for the Jacksonville Jaguars these days. Having first played in London back in 2013, Sunday’s game against the Houston Texans will mark their seventh NFL clash to take place in the United Kingdom.

After two heavy defeats in their first two trips across the Atlantic Ocean, Jacksonville fans in the UK were starting to get impatient. However, that 34-31 victory over the Buffalo Bills – still one of London’s best International Series games – completely changed the mood.

Since then, the Jaguars defeated AFC South rivals Indianapolis Colts before thrashing the Baltimore Ravens. A six-point loss to the Philadelphia Eagles was fair enough considering Doug Pederson’s side had won the Super Bowl just six months prior to that contest.

Jacksonville are still hit and miss but they will be pumped for their latest trip to London and NFL fans should expect a close game. At the time of writing, 888sport are going Evens for a Jaguars triumph that will send the majority of the Wembley crowd home happy.

Gardner Minshew has injected new life into this Jaguars offense and UK fans will be looking forward to watching the charismatic Jacksonville quarterback in the flesh. Off the back of his three touchdowns, no interceptions performance against the New York Jets, Minshew could shine at Wembley this weekend.

At the time of writing, Leonard Fournette is second in the NFL in rushing yards this year – which is testament to the Jaguars offense. Incredibly, he has just one touchdown through nine games but Fournette will be looking to feast on the JJ Watt-less Texans.

Jalen Ramsey’s move to the Los Angeles Rams hurts the Jaguars defensively but they lived up to the ‘Sacksonville’ nickname last week. Eight sacks against the Jets will have boosted confidence following Ramsey’s departure and the Texans offensive line will be wary of that defensive front.

Doug Marrone’s side are 4-4 heading into this clash but the Houston Texans have a slightly better record. With five wins from eight games, the Texans are just one game behind the Indianapolis Colts in the race to secure top spot in the AFC South.

Sunday’s game marks Houston’s first trip to London and Texans fans will hope it is a successful one. Offensively, Houston have enough weapons to test the Jaguars – both on the ground and through the air. The question is: can the Texans adapt on the other side of the Atlantic?

Deshaun Watson is maturing into an elite NFL quarterback and the Houston star is currently ranked sixth in terms of passing yards through Week 9. Punters should consider backing the Texans QB to top 300 yards this weekend – the Jaguars secondary is there for the taking.

If Watson hits 300 passing yards, DeAndre Hopkins will almost certainly see a large chunk of those receptions. Arguably the best wideout in football, Hopkins became the third-fastest receiver to reach 8,000 yards and he is so often Houston’s difference maker.

This is a case of heart says Jacksonville, head says Houston. Minshew has been a revelation since stepping in for the injured Nick Foles but this Texans offense is exceptional and the Jaguars may struggle to stop Houston from moving the chains on a regular basis.

Neutrals will be cheering on the Jaguars but the Texans may prove too strong for Minshew and co. Take the 7/2 for Houston to win by 1-6 points this weekend – Texans fans in attendance at Wembley Stadium may go home very happy indeed on Sunday night.