Who Are The 10 Oldest Premier League Players In Top Flight History? 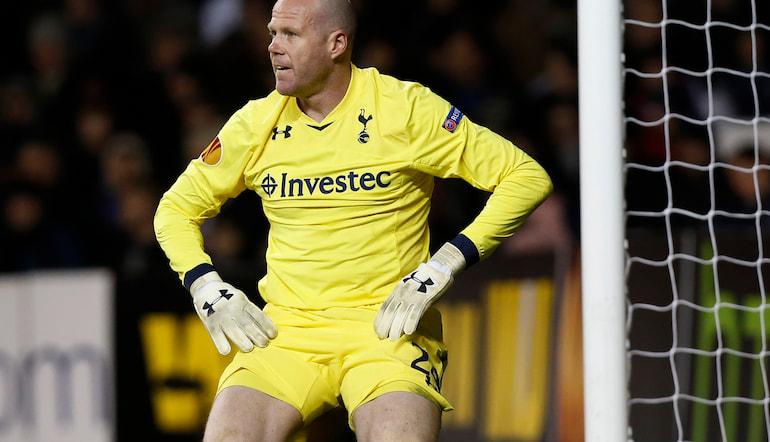 It’s time to dive into some Premier League history. We’re looking at some names of football betting past as we go down the list of the oldest players to play in the Premier League.

Plenty will be familiar to Premier League odds regulars. Even beyond the age of their final day in the Premier League, many of these players are record holders.

So starting with one of the best goalkeepers of his generation, here are the 10 oldest players in the history of the Premier League.

Edwin van der Sar might only sit 10th on this list, but his achievement is as special as anyone’s. Van der Sar was still Manchester United’s first choice goalkeeper in 2010/11, making 33 Premier League appearances.

Those with a good sports betting memory will recall how good van der Sar was even after his 40th birthday. He retired in the summer of 2011, following Manchester United’s Champions League final defeat to Barcelona.

The Dutch great could have played several more years at the highest level. Instead, he has gone on to become CEO of Ajax.

He worked his way to the top at club and international level, but that wasn’t enough. Sheringham extended his career, even after his peak, playing for West Ham and Colchester.

It was in the claret and blue of the Hammers that Sheringham appearance just a few months before his 41st birthday in 2006.

The eccentric Jens Lehmann was between the sticks during one of the best periods in Arsenal’s history. Having held the Premier League trophy aloft, Lehmann returned for a second stint at a trickier time.

Arsenal were not the same force. Their goalkeepers were taken down by various injuries.

Lehmann started against Blackpool to set this record, and stayed with the club until the end of the season when he announced a second retirement.

Some would put Kevin Poole in the journeyman category. Perhaps that’s fair given the number of clubs he played for, but Poole also enjoyed lengthy stints with Leicester and Burton.

He was playing for Bolton, however, when he set this record. Even after that appearance in 2005, he spent almost a decade playing in the Football League.

Poole was active in the Burton squad into his fifties, partly because a young Jordan Pickford was recalled by Sunderland.

Appearing for Bradford against Leeds in 2000, Neville Southall was still a couple of seasons away from retirement. It was his only Premier League outing of the season, however.

Southall is an Everton legend. While most of his career was before the Premier League was founded, he spent several seasons as first choice for the Toffees after the revamp.

World Soccer even named Southall in their 100 Greatest Players of the 20th Century.

Although Mark Schwarzer’s career finished as a backup with Leicester (where he set this record) and Chelsea, he spent well over a decade as one of the league’s most reliable shot stoppers.

First with Middlesbrough and then Fulham, Schwarzer was a model of consistency both in fitness and performance. He was even named Fulham’s Player of the Year.

Schwarzer is the all-time leader in caps for Australia. Just as impressively, he’s also the leading non-British appearance maker in the Premier League era.

A holder of numerous records, Brad Friedel had an epic Premier League career. No player has appeared in more consecutive games than Friedel’s tally of 310.

He holds the club records as the oldest player for Spurs and Aston Villa. The 450 Premier League appearances is the most by any player from north or south America.

It wasn’t just durability, though. Friedel was among the league’s top goalkeepers throughout his time in England, even when he was deep into his thirties.

Steve Ogrizovic was the second oldest player in Premier League history when he started for Coventry in 2000.

The Sky Blues went on to win the match 4-1, and while Ogrizovic has since been outdone by Alec Chamberlain, he remains third on this list over two decades after his final top flight outing.

Nicknamed ‘Oggy’, the long-serving goalkeeper holds the record for the most appearances ever for Coventry. He also played in their FA Cup winning side in the 1980s.

On top of an impressive goalkeeping career spanning four decades, Oggy managed to find time to represent Shropshire at cricket.

Replacing Ben Foster during Watford’s 1-1 draw with Newcastle in 2007, Alec Chamberlain became the second oldest player in the history of the Premier League. It was his first appearance in the top flight since the 1999/2000 campaign.

Chamberlain made his name with Colchester in the 1980s. He spent five years at Luton before a shorter stint with Sunderland.

He called Watford home for over a decade, though, and even went on to work as a goalkeeping coach at the club after he retired.

John Burridge is the long-time record holder. Burridge became the oldest player in the Premier League way back in 1995 when he started in goal for Manchester City in a 3-2 loss to Queen’s Park Rangers.

Having made his debut for Workington in 1969, Burridge enjoyed a career spanning almost three decades. His Premier League tenure was admittedly limited, with just four total appearances in the competition.

Aside from this record, Burridge’s career is best remembered for his seasons with Blackpool, Crystal Palace and Sheffield United.