FPL expert Ben Dinnery looks at the most overpriced players & best bargains ahead of the 2021/22 Fantasy Premier League season... 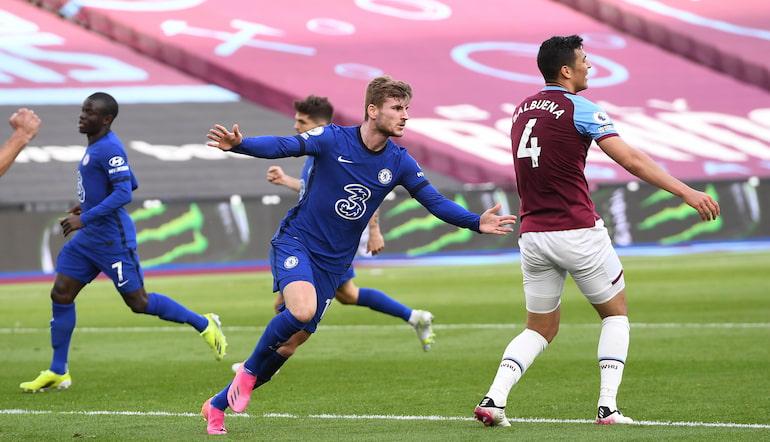 It’s easy to get caught out, whether it’s your rose-tinted perspective from seasons’ gone by or a burn you can never seem to shake, no matter how a player performs down the line!

Don’t let sentiment get in the way of your fantasy decisions, and let the data do the talking…

The German forward arrived at Stamford Bridge amid much fanfare, and the fantasy community were quickly on board, making the former RB Leipzig frontman one of the most owned players early on.

However, his first season in England was painful to watch at times.

Despite glimpses of his undoubted quality, these were often few and far between, and even though he managed a respectable 18 goal involvements (six goals and 12-assists), you cannot help but look back on a disappointing campaign.

The arrival of Thomas Tuchel did see an upturn in performances, but Werner is no longer utilised centrally, reducing his appeal even further.

He looks to be overpriced too when comparing his output to the likes of cheaper priced assets: Patrick Bamford, Dominic Calvert-Lewin and Ollie Watkins, all of whom have higher xG, xGI and better goal conversion ratios than the 25-year-old.

The Frenchman attracted a lot of interest last season. His attacking potential, coupled with a nice low £5.5m price tag, made him a popular choice for those seeking a cheap midfielder.

Although, Saint-Maximin struggled early on with only two offensive returns while niggling muscle issues and long-COVID hampered him mid-season, and it wasn’t until April that the speedster began playing regularly again.

A return which saw Steve Bruce deploy him centrally in a 5-3-2 alongside Callum Wilson. The move paved the way for his reclassification in the official game, which resulted in a slight rise.

It is this switch that makes Saint-Maximin a difficult own to justify. Teammate, and last seasons’ top scorer, Wilson, is only £1m more, and if you are considering a Newcastle forward, then it has to be the 29-year-old.

Sterling was one of Pep’s more consistent starters last season, with Rodri and Ruben Dias the only outfield players to get more Premier League minutes.

However, his paltry outputs and sporadic form make it difficult to justify his hefty price. Compared to 2019/20, Sterling’s numbers were down across the board, 26% and 29% respectively for xG and xA, to name only two.

This reduction in attacking outputs resulted in him finishing ninth overall in FPL last season, but he is still the fifth most expensive midfielder in the game.

His form at Euro 2020 may tempt some managers to take the plunge, but Sterling’s low return per million from last season means that it is a gamble.

One To Be Wary Of:

Mane is priced on a par with some of the best players in the game, and despite recent assurances that there will be no repeat of last seasons’ mediocre return – by his high standards, I hasten to add – I will always prefer camp Salah with better underlying data and spot-kick duties.

At only £0.5m more, savings are marginal, and the ceiling is far higher. The only obvious advantage will be his ownership, and for those looking for a premium differential, then Mane could be your man!

Thomas ‘the Tinkerman’ Tuchel has already earned himself a reputation as a manager who likes to rotate, but the left-back position has belonged to Chilwell in the main despite regular changes in the backline.

Defensively, Chelsea were sound, with the second-fewest top-flight goals conceded (36) and the best xGA (goals against) in the Premier League.

Chilwell also offers an offensive edge: non-penalty xG, shots, touches in the attacking penalty area all have the full-back ranked in the 90th percentile across Europe’s Big Five leagues.

Even with a tricky set of opening fixtures, there is still a lot to like about the Blues backline, but if you’re not convinced early doors… then fill your boots from GW7 when the swing makes Chilwell a much more appealing asset.

Trying to second guess Pep is all part of the fantasy fun, but in Dias, we have one city defender who looks to be a guaranteed starter.

Yes, he may not offer a significant goal threat, with only one assist and one goal in 2020/21, but you do have a set and forget centre-back in the meanest defence in the division.

He was the fifth-highest scoring defender, and expect no let-up from City as they push for back to back titles.

The Saints are such a difficult team to assess, and their fortunes for the upcoming campaign could hinge on any incoming transfers and the future of Danny Ings.

But, for now, let us focus on what we do know, and that is: Ward-Prowse is a dead ball specialist of the highest calibre. Southampton were the second-best side for set pieces in 2020/21, while the Saints skipper ranked second in terms of xA.

Ralph Hasenhuttl will continue to play to the strength of his side, which will see JWP prominent once again, and he could easily secure another Top Ten midfield points haul.

West Ham have one of the best starts to the season, and if Antonio can remain fit, then the Hammers hitman could be a great shout for the opening weeks.

The converted striker was ranked Top Three for xG per 90 last term (0.52) – minimum 15 matches played – and made sixth place for non-penalty xG per shot. Antonio is highly regarded by David Moyes, and with no natural replacement, he starts whenever fit.