Our football expert selects his London clubs combined XI - scroll down to check out his few interesting picks... 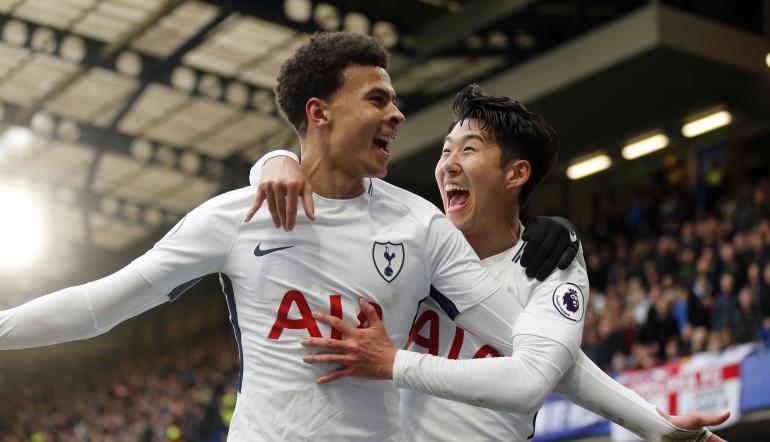 The Premier League always has plenty of London clubs. The tally has been more than the current total of five, but that’s still ample opportunity for London derbies throughout the 38-match season.

Arsenal and Tottenham are having difficult seasons, Chelsea are in transition. Crystal Palace and West Ham are looking to avoid relegation. Picking a combined XI isn’t easy – there aren’t many locks as there would have been in previous years.

A tricky one, this. Bernd Leno and Lukasz Fabianski gave Hugo Lloris a push for this spot, but the World Cup winner and long-time Spurs number one just edges out the Arsenal man in this All-London team.

Chelsea’s Kepa Arrizabalaga, despite being the most expensive goalkeeper in history, is nowhere near consideration. The Spaniard’s advanced numbers are among the worst in the league and he was dropped by Frank Lampard at the weekend.

Serge Aurier has improved under Jose Mourinho, but the errors remain. Cesar Azpilicueta has the track record. Ryan Fredericks is promising. Reece James not only has the upside, he’s the best of the lot at the moment, too.

James combines his supreme all-round athleticism with Alexander-Arnold-level creativity in the final third. Still raw defensively, his pace and strength allow him to compensate for the occasional lapses in concentration. James is going right to the very top.

The centre-back positions were competitive, but not because of a high standard. Issa Diop takes the first place despite West Ham sitting in the relegation zone with one of the worst defensive records in the league.

The 23-year-old has been linked to Chelsea and Manchester United in the past, and few of the experienced heads have impressed this season.

The Belgian’s form has been below par for a couple of seasons, but with a new contract signed, Alderweireld has improved notably under Mourinho.

His place in this team is still reliant on the low standard of competition as much as his own displays. Antonio Rudiger was the closest competitor for a centre-back place, and an argument could have been made for Arsenal’s Sokratis.

Possibly the weakest position in the XI, Kieran Tierney gets the nod at left-back despite playing just 299 Premier League minutes this season. Tierney excelled at Celtic and away from Aaron Cresswell, there’s very little competition.

Azpilicueta belongs on the right, Patrick van Aanholt cannot be relied on defensively and Danny Rose has moved to Newcastle. It remains to be seen if Ryan Sessegnon becomes a Premier League left-back.

The difference between Mateo Kovacic last season and this is stark. Kovacic has been sensational under Frank Lampard, spreading the play from the six position or drifting past opposing midfielders as an eight.

Kovacic’s form has been so great, in fact, he beats N’Golo Kante into this team. The Frenchman has started to come under pressure due to the Croatian’s performances – Kovacic was the first-choice central midfielder for our XI.

It’s a small sample since becoming a regular starter, but Giovani Lo Celso has been excellent. Tanguy Ndombele was in contention for this spot too, and a case could have been made for Lucas Torreira alongside Kovacic.

Lo Celso’s recent impact just gives him the edge. It’s not a perfect balance, forcing Kovacic to play as the deepest in this midfield trio, but both are deserving.

One of the best midfielders in the Premier League when on form, Dele Alli has been rejuvenated under Mourinho. The England international has the experience over Mason Mount and delivers more consistently than Mesut Ozil.

Alli is playing his way into Gareth Southgate’s XI for the Euros. He’ll be able to support the front three in this side, as he has been since Mourinho took over.

Once underrated, every watcher of the Premier League knows how good Heung-min Son is now. The former Leverkusen forward has contributed to 14 Premier League goals this season in just 19 starts.

Son has been particularly key for Spurs in Harry Kane’s absence, sharing the line-leading load with Lucas Moura. He was the easiest pick of the front three.

Tammy Abraham started this season on fire. The goal-scoring has slowed down a little, but the England international remains absolutely crucial to Chelsea and his link-up play has been superb.

As it stands, he’s England’s number nine in the Euros. Abraham has proven he’s a more than capable centre forward for a Champions League team – he could be Chelsea’s main man for the next decade.

It was tempting to slot Wilfried Zaha into the front three ahead of Pierre-Emerick Aubameyang. Aubameyang’s goal-scoring record is too impressive to ignore, however, earning him the place on the opposite flank from Son.

With Christian Pulisic, Nicolas Pepe, Felipe Anderson and a few others involved, the forward positions are the strongest in London at the moment.