How Much Do Premier League Referees Get Paid? 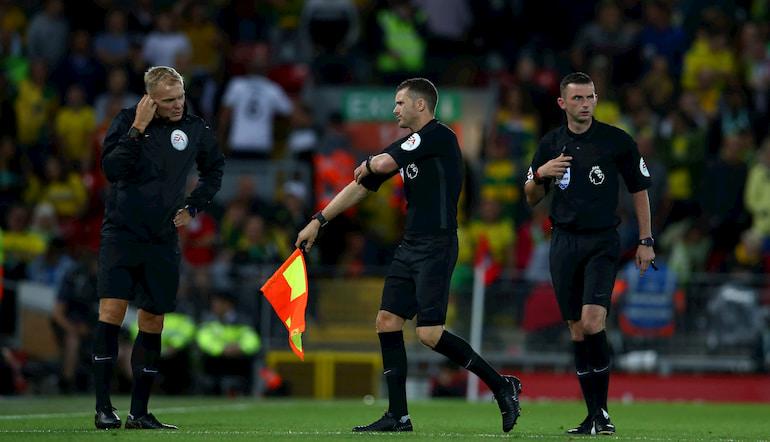 Being a professional referee is an impossible task. A thankless job at the best of times, the level of pressure on officials is insane – every decision is under constant scrutiny and can instantly impact Premier League football odds.

The introduction of Video Assistant Referees (VAR) was supposed to ease the persistent focus on referee decisions but it hasn’t really worked out that way. If anything, it has had the opposite effect.

How Much Do Premier League Referees Make?

With incredible sums of money now invested in the sport, Premier League referees make a hefty salary. We’ll get onto the exact figures later but the annual salary for a match official has increased rapidly in recent years.

This is the dream for many young referees starting up but unfortunately there is no easy way to climb the ladder after becoming a football referee.

Amateur referees work on a game-by-game basis and the match fee is usually in the range of £20 and £40 per match.

As officials begin to enhance their skills and referee at a higher rate, the match fee pay starts to rise. At semi-professional level, referees can make close to £80 per match while also claiming travel expenses.

The average Premier League referee salary is what makes the job worthwhile. According to Sportekz, most top flight officials earn an annual wage of around £70,000 though some referees earn much greater sums of money.

Mike Dean, one of the greatest Premier League referees of all-time, is the most high profile official in English football right now and his referee salary is £200,000 per year. Along with Martin Atkinson and Michael Oliver, Dean is the top paid Premier League official.

Ahead of the 2020/21 season, Premier League referees earn a basic salary as well as a fee per match. Match referees make £1,500 per Premier League game compared to just £600 per match for Championship officials.

Some referees are hired as ‘official referees’ for Premier League matches while others are primarily appointed as ‘assistant referees’ or ‘video assistant referees’. The yearly referee retainer salary for each role varies, with the main officials averaging £70,000 pay.

Comparing a Premier League referee wage to other leagues is interesting but how about comparing figures to players?

According to a survey referenced by 888sport, the top League One salary is £16,000 a week which is huge in comparison to the referee figures.

As the VAR role increases in importance, we could see more officials emerging in this area of expertise and it wouldn’t be a huge surprise to see the Premier League VAR referee salary soar in the coming years.

As a direct comparison, La Liga – one of the top five European leagues – pay their referees a much higher match fee than the Premier League referee fee. According to figures, La Liga referees earn £5,200 per match.

According to official figures from the Football Association, the number of female referees in English football has increased by 72% since 2016.

With more women officials in the sport, it might not be too long before we have a spike in Premier League female referee numbers.

While the highest paid female footballer salaries still lag some way behind their male counterparts, it is refreshing to see Massey-Ellis earning the same referee pay as the male assistant referees.