888sport look at the biggest attendance figures in English football - does your club feature on this list? 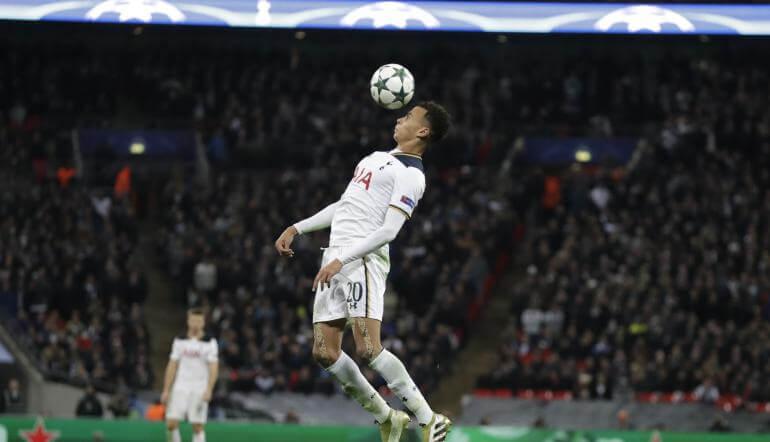 The biggest attendances in UK football might not be as ridiculous as the biggest football attendance worldwide (199,854 people at the Maracana in 1950), but they still managed to generate their own remarkable atmospheres.

The majority of the records came in the distant past, when seating was a rarity rather than a necessity, allowing crowds to easily exceed 50,000 even in less than enormous stadia.

We’ll take a look at the records all-time and in the Premier League era, starting with the recent past and Tottenham Hotspur…

In what was the third ever meeting between the two sides, Tottenham set the record for the highest ever home attendance for an English club. It wasn’t a happy evening for Spurs, however, as a Kevin Kampl goal saw them suffer defeat.

Much was discussed about Spurs playing at Wembley while their new stadium was built – whatever your opinion on it, those matches have broken attendance records aplenty.

Harry Kane was the man for Spurs as they set another attendance record in a 1-0 win against Arsenal. It was a significant win, as Arsene Wenger’s tenure came to an end and Spurs reasserted their position as the force in north London.

A record for an English club’s home match until Tottenham played at Wembley in 2016, Manchester City and Stoke City played in front of nearly 85,000 fans in the sixth-round of the 1933/34 FA Cup at Maine Road.

Manchester City saw off the Potters on their way to winning their second FA Cup as they beat Portsmouth at Wembley the following month.

The season when Leicester upset the 888 prediction and football betting odds, they achieved one of the Premier League biggest wins in front of a record crowd at the Etihad Stadium.

A brace from Robert Huth and a goal from Riyad Mahrez helped the Foxes go five points clear.

With a current capacity of just over 40,000, it is astonishing to think around double that got into Stamford Bridge in October 1935 to witness a 1-1 draw against Arsenal.

It might have been a long time before Jose Mourinho and Arsene Wenger, but the rivalry was alive back then.

Separated by just two points at the end of the season, neither side threatened eventual champions Sunderland a great deal, although Arsenal did win the FA Cup - against the 888 tips odds.

A few months into Roman Abramovich’s Chelsea reign, just shy of 47,000 were at Stamford Bridge to see Claudio Ranieri’s Blues edge past Manchester United thanks to a Frank Lampard penalty.

Relocated to Manchester City’s Maine Road because of bomb damage to Old Trafford, Manchester United hosted over 80,000 fans for a 1948 clash with Arsenal.

As the country recovered from the Second World War, the two teams who dominated the early Premier League years battled for the Division One title.

Arsenal lifted the trophy at the end of the 1947/48 campaign a few months after a 1-1 draw at Maine Road with their closest challengers.

United were well on their way to lifting yet another title, and gave themselves a boost with 4-1 win despite being 1-0 at half-time.

Victims of many of many football’s greatest quotes from the other side of Liverpool, it’s fitting that Everton’s biggest attendances both came against their oldest rivals.

This early season encounter saw Bob Paisley starting for Liverpool. The match ended 1-1 with Jock Dodds getting on the scoresheet for the hosts at a packed Goodison.

In what turned out to be a glorious season for Liverpool, Everton faced their bitter rivals in brilliant form. David Moyes’ side were second in the table as they welcomed Rafa Benitez’s team.

A second half strike from Lee Carsley was enough to secure all three points for the Toffees. Xabi Alonso and Duncan Ferguson both came off the bench.

Just months after the end of the Second World War, a whopping 76,588 people piled into Villa Park to watch the first leg of Aston Villa’s FA Cup tie with Derby County.

A pair of late goals from The Rams saw them win a seven-goal thriller 4-3 in Birmingham before a 1-1 draw in the second leg. Derby beat Birmingham City in the last four and won a dramatic final against Charlton Athletic to lift their first and only FA Cup.

When Aston Villa drew their record Premier League attendance in 1994, the ending was a lot more enjoyable for the crowd than it was in 1946.

Hosting a Liverpool side featuring Robbie Fowler, John Barnes and Ian Rush, Dwight Yorke snatched a late 2-1 victory for the hosts with a second half brace.

Sunderland hosted Derby County in an FA Cup sixth-round replay in the early 1930s and drew a crowd just shy of the current capacity of Old Trafford.

888 sport prediction odds find it unlikely that Sunderland will be back in the Premier League soon but you never know - they certainly have a passionate fan base.

The Rams went on to lose to Manchester City in the semi-final played in Huddersfield, and City were thrashed 3-0 in the final by a Dixie Dean led Everton.

Liverpool were the winners on this occasion, with Sunderland’s Claudio Reyna being sent off in the 89th minute for a second yellow.

Premier League
Football
About the Author
By
Sam Cox